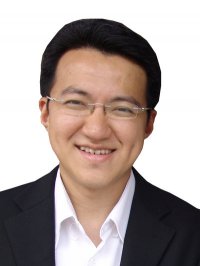 Nearly two-and-a-half years since opposition gains in the momentous March 2008 elections, and 12 years after the first cry of reformasi, politics in Malaysia appears frozen. Everything is seen from a divisive, partisan perspective and, worse still, few substantive changes have been made.

The opposition Pakatan Rakyat has recently been hit by a series of defections, but its capacity to surprise cannot be ignored. The ground is shifting. With rumours of a snap election before the due date of 2013 (read here), could the opposition defeat Malaysia’s National Front coalition, the ruling party since independence in 1957? Can Pakatan Rakyat survive, thrive and govern? What are the consequences of the standoff for society and the economy in the long run?

If your interested in these questions (and you’re in Canberra next week), you can listen to views from one of ANU’s recent alumni, Liew Chin Tong. At the 12th General Election back in 2008 he became one of the many “Reformasi” generation activists who successfully made the transition to elected office.

Liew Chin Tong was elected on the ticket of the Democratic Action Party (DAP) as Member of the Malaysian Federal Parliament for Bukit Bendera in the March 2008 election. Since 1999, Chin Tong has served the DAP in various capacities and is now a Member of its Central Executive Committee, serving as International Secretary.

Chin Tong graduated with a degree in Political Science and an honours degree in Asian Studies from the Australian National University, and holds an International Masters in Regional Integration from the Asia-Europe Institute, University of Malaya.

Chin Tong is also the Executive Director of Socio-Economic and Environmental Research Institute (SERI), Penang, and Research for Social Advancement (REFSA), Kuala Lumpur, and was formerly a Visiting Research Fellow at the Institute of Southeast Asian Studies (ISEAS), Singapore.