How do Indonesian provinces vary in the levels of religious tolerance among their Muslim populations? Which province is the most tolerant and which one is the least? And how do we measure religious tolerance across regions using the tools of survey research? Having an answer to these questions is important, as it can help us understand how tolerance at the local level is influenced by local political dynamics, or how levels of tolerance might fluctuate over time.

But despite ample survey research on religious tolerance in Indonesia, these seemingly simple questions have not been satisfactorily answered. Most existing studies have overlooked the importance of subnational variation altogether, and those that look at the topic employ statistical methods that do not really allow proper comparisons, or measurements of the tolerance/intolerance construct.

Some survey research, (for example the Wahid Foundation’s 2016 study or Lembaga Survei Indonesia’s 2006 survey) has attempted to provide a picture of tolerance on both the national and subnational levels. Another study by the Ministry of Religious Affairs (MoRA) in 2013 is particularly noteworthy. It surveyed 3,300 individuals in 33 provinces to compare the provinces’ levels of tolerance (or, as MoRA put it, “religious harmony”).

The second problem is the problem of sparseness: often, respondents have to be discarded because they do not answer the full set of questions. This would mean a loss of information.

Lastly, there is the issue of statistical uncertainty. Calculating province-level scores by simply averaging across respondents in each province gives us a general estimate for each province, but no information about the uncertainties surrounding that estimate. (As an analogy, it would amount the same thing as having no information about margin of error in a survey). This, in turn, hinders our ability to examine if differences between provinces are statistically significant.

To address the aforementioned limitations, we can employ a Bayesian item response model (Bayesian IRT) in analysing the results of surveys on tolerance. (A detailed discussion of Bayesian models is beyond the purview of this piece, but interested readers are encouraged to consult various work on the topic.)

Bayesian IRT enables us to address the aforementioned limitations. It addresses the problem of weighting by automatically assigning greater weights to questions that better differentiate between tolerant and intolerant respondents. This weight assignment, in turn, enables us to also examine which questions or topics are more sensitive when it comes to religious tolerance.

In terms of the problem of sparseness, the Bayesian approach is better equipped to handle missing data due to its iterative estimation process and the use of prior information. This means that we can keep all respondents as long as they answer at least one question. Loss of information can therefore be kept to a minimum.

Lastly, the approach gives us not only a general estimate for each of the provinces but also a measure of uncertainties (called a credible interval) surrounding each of the estimates. This means that we can quantify our uncertainties and check if two provinces’ levels of tolerance are statistically different from each other.

In October 2016, I embedded five questions about Muslims’ tolerance of Christians in a national SMRC survey of 1,035 respondents. Each question has four possible answers ranging from “1” (strongly disagree) to “4” (strongly agree). I recoded the responses so that higher scores reflect higher tolerance.

As the goal was to estimate and compare Muslims’ levels of tolerance across Indonesian provinces, I analysed only 925 respondents who identified Islam as their religion.

Figure 1 presents the weights (also called discrimination coefficients as they discriminate between tolerant and intolerant respondents). Each weight estimate has a 95% credible interval (represented by the line), which tells us the top 95% most possible values for the weight, and a distribution (represented by shadow behind the line), which tells us all possible values for the weight uncovered during the estimation process.

Questions that asked respondents whether or not they agreed that a) Indonesia would be a better place if there were no Christians and b) whether or not they agreed that Christians have the right to be elected for public offices have the highest discrimination coefficients. This means that these questions are the ones better able to tell us which respondents are tolerant or intolerant. Future studies would benefit from including these two items, to gain more statistical variation in the respondents’ answers (that is, preventing them to unanimously agree or unanimously disagree on the questions) and to more accurately capture Muslims’ attitudes toward non-Muslims.

Questions on church building and the right to stage demonstrations, on the other hand, have relatively low weights. This suggests that tolerant and intolerant respondents do not really differ in their answers to these items. They all could agree or they all could disagree. Figure 1. Discrimination Coefficients of the Questions We can see at least two notable patterns. First, provinces with more respondents have narrower credible intervals that reflect our greater certainty about their levels of tolerance. (This is practically, but not conceptually, similar to the concept of margins of error in survey methodology.) Our estimates become more precise as we have more respondents—something to keep in mind for future research.

I checked the validity of the provincial scores by correlating them to the aforementioned harmony score produced by the Ministry of Religious Affairs (MoRA) and a religious freedom score produced by the 2014 Indonesian Democracy Index (IDI). The IDI project, a cooperation between UNDP and the Indonesian government, takes a different approach as it does not use public opinion surveys. Rather, it relies on news articles, in-depth interviews, and focus group discussions to measure quality of democracy across provinces, including their levels of religious freedom.

What can we use the score for? There are at least two avenues for future research. First, we can use the score to understand how variation across provinces is related to or influenced by provinces’ quality of democracy, levels of economic development, and the vote shares of Islamic parties. Does higher quality of democracy or more effective governance have a positive effect on the level of tolerance of their Muslim populations? 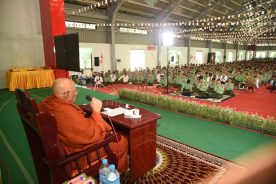 Second, we can look at trends over time to understand temporal variation. Measuring how the rate at which tolerance increases or decreases across different provinces would further help us identify which local-level factors affect tolerance, or to link localised changes in tolerance scores with patterns of conflict.

One of the ways in which such a temporal look at tolerance can be useful is that it will enable us to answer what causes the (seemingly more frequent) acts of intolerance reported in the media or by civil society organisations (CSOs). Is this perception of increasing intolerance indeed caused by an increase in intolerance among the masses? Is it an “illusion”, created by a higher awareness and willingness from the media or CSOs to report such acts? Or is it simply caused by a few religious vigilante groups that are becoming more daring in their actions?

Some studies have done this by fielding the same questions in different years and examining how the levels of tolerance fluctuate over these years. This approach, however, is limited as it ignores sampling variability and the possibility that samples from different years read or understand the questions differently. A Bayesian approach, on the other hand, is relatively less constrained by these assumptions. 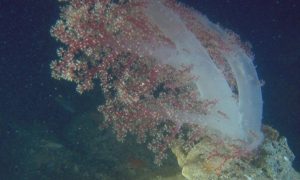