The day after the clashes, April 11, I walked the two sites of the battles – Thanon Dinso and Khok Wua intersection – looking at evidence. At Dinso, the second clash site, several vandalized tanks and humvees remained. The unit designations at the army vehicles were covered with tapes, hiding the unit identities (also during the battle soldiers refused to answer questions regarding unit). Between the tanks two were holes in the tarmac – blasts of grenades which killed and injured several soldiers. The street was spiked with bullet holes. I only found holes from the direction of the army towards the protesters – in the height of knees, stomach, heads and over the heads.

Democracy monument was covered in graffiti.

On April 12 I went to Pinklao Bridge, where the leftover army vehicles were lifted off the street, to make way for a Royal motorcade that was to pass there the next day. I noticed two scribbling on two of the humvees asking the outside world for help.

At Democracy Monument coffins were laid out. The wife and younger sister of a killed protester were weeping. I could not stay long there, it was just too gut wrenching.

April 13 I went to Dinso. Many graffiti appeared at the tanks and humvees. Other graffiti was written at graffitti at Sattriwitthaya School, where snipers were located during the battle. In between were small makeshift shrines with offerings at locations where protesters lost their lives, dried blood still visible, a slight smell of death. Groups of protesters stood around and discussed the events, listening to descriptions of fellow protesters who were present during the battle. Others posed at the tanks for pictures in postures of defiance. 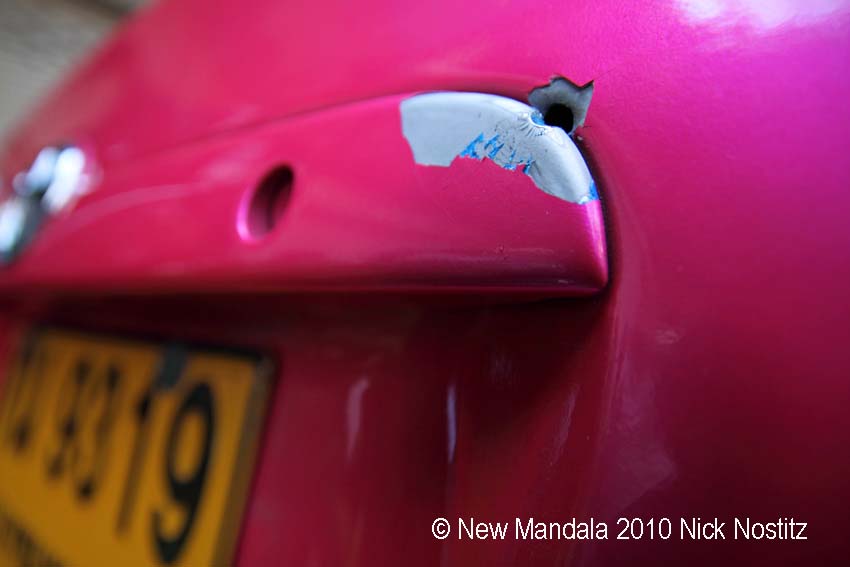 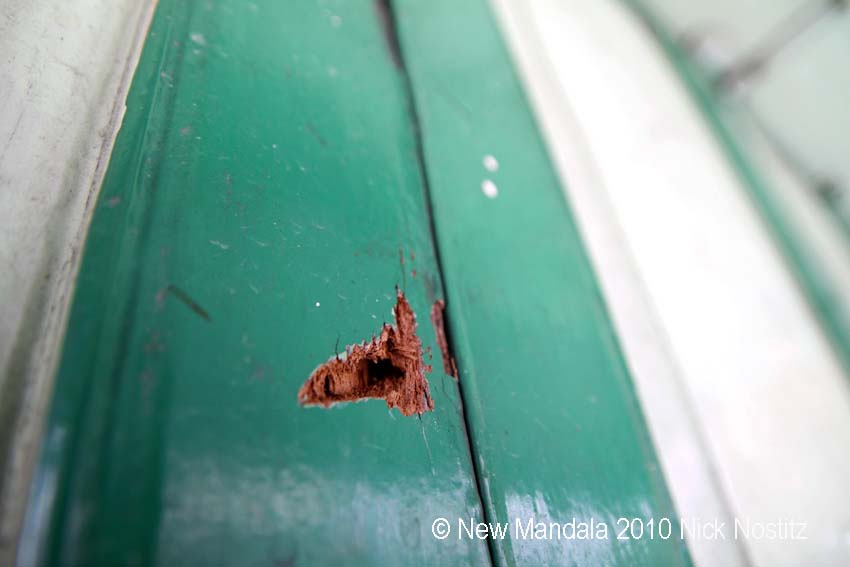