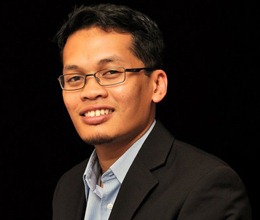 Politics in Malaysia is centred on race and religion. This Southeast Asian nation is in many ways a modern and moderate Muslim majority country. But this carefully-cultivated international image belies the underlying tensions of Malaysian society.

Like many countries in the region, Malaysia’s ethnic diversity is largely a legacy of colonial policy. Large numbers of Chinese, Indian and Indonesian migrants were brought in either directly by the British colonial administrators or commercial agents as part of their plans to exploit the economy of the various Malay states during the 19th and early 20th centuries.

There was naturally much debate–especially when it became evident that the British would be winding back their empire–over the place of these non-Malays, who had settled and largely became part of the local fabric. What for instance, would the religion and language of the proposed free-state be? Many ethnic groups felt their claims in these matters to be equal, if not better than the others.

Thus when Malaya achieved its independence in 1957, the Federal Constitution of Malaya (now Malaysia) reflected a consensus and compromise between the different ethnicities and the preference of the retreating colonialists. Islam was to be the religion of the Federation, but other faiths were allowed to be practiced. Malay was made the official language but other communities were allowed to use, teach and learn their own. Finally, the King – the Supreme Head – of Malaysia was given the power not only to protect the “special position” of the indigenous Malays and natives of Sabah and Sarawak, but also the legitimate interests of the other communities on the advice of the Prime Minister.

Thus, while many see the Federal Constitution as an imperfect document, it still has a strong imperative for liberty and justice.

True, the institutions it created were generally conservative, but they functioned with integrity and efficiency. There was rule of law. Much was spent on education and infrastructure development.Malaysiawon a place of respect in the world.

This, however, was undone during Dr. Mahathir Mohammad tenure as Prime Minister. He fought to shore up his power at the expense ofMalaysia’s royal families, judiciary, civil service, media and civil society. Malaysia’s fledgling democracy seemed headed towards one-party, and indeed one-man rule. Malaysia suffered one Constitutional crisis after another as he brooked no dissent.

Mahathir’s era also saw a change in Malaysia’s social fabric. The global Islamic revival made politicised Islam became more visible in the public space, which the ethnic Malays, who are constitutionally also Muslim, flocked to as a means to articulate their identity more clearly.

At the same time, ethic polarization increased as non-Malays became disillusioned with the limited opportunities available to them in the public sphere and an increase in socio-economic inequalities across all-races. On the other hand, the advent of the Internet saw the slow dismantling of the government monopoly on information and capital.

This was the background to the Reformasi movement that emerged after the sacking of Mahathir’s third Deputy Prime Minister, Anwar Ibrahim in 1998. The movement derailed Mahathir’s attempt to recreate Malaysia in his image as a developed nation by 2020, and led many Malays to vote for the Opposition in the 1999 elections.

Thus, Mahathir’s dominant UMNO party tried to shore-up its Malay support. It increased its rhetoric of Malay supremacy (“ketuanan Melayu”) to frighten the community into thinking they would be “swamped” by the other races while abandoning moderate Malays and the non-Malays. UMNO’s racialism led to the BN losing unprecedented ground in the 2008 elections. Barisan Nasional (BN) was denied its traditional two-thirds Parliamentary majority and lost control of five state governments.

The present administration led by Najib Razak has realised on the need for change and launched a “1Malaysia” campaign that talks of multiracialism and unity.

Unfortunately, while Najib has been saying the right things, there seems to be a lack of political will to push through reforms that would upset the various vested interests in the establishment. This was also true of his predecessor’s – Abdullah Ahmad Badawi – tenure.

There is also genuine ideological belief amongst Malaysia’s extreme right-wing Malay ethno-nationalists that the Federal Constitution is based on Malay Supremacy. They conveniently forget that the same document–as abovementioned–also provides for the protection of the legitimate interests of the other communities.

While the Federal Constitution provides for asymmetrical freedoms and responsibilities, equality as a fundamental liberty is enshrined.

Thus, Malaysia’s rising tensions have less to do with its formal structures than its entrenched authoritarian political culture. The mistaken belief that the Constitution embodies Malay Supremacy – a term only introduced in the mid-1980s – is a result of the hijacking of history by political propagandists, racist brainwashing camps for university students and civil servants and extremist sentiments being played up by BN-owned media.

But there is hope for Malaysia. The opposition coalition – the People’s Alliance (Pakatan Rakyat/Pakatan) – now consists of a multiracial centrist party, the People’s Justice Party (PKR) led by Anwar Ibrahim; a moderate Islamist Party, PAS and a centre-left, largely non-Malay Democratic Action Party (DAP). It is true these parties originally came together mainly to defeat BN, but it has slowly but surely been forging a coherent platform since the watershed 2008 elections.

Pakatan put out an unprecedented series of alternative policy proposals through its 2010 Orange Book, forcing BN to counter the proposals. This is a major shift as it gave Malaysians the chance to see a politics based on issues rather than race or religion.

Unfortunately, the BN has not quite made this transition. Elements in UMNO have attempted to split the opposition by raising wedge issues like banning Christians using the word “Allah” in their worship, withholding bible shipments from overseas and the dredging up of the sharia law issue. The idea is that the Pakatan’s differences on these matters would prove that it is not ready for government.

While it is true that many differences of opinion remain on such contentious issues, Pakatan has held firm. This unprecedented, coalescing alliance between moderate leftist, centrist and progressive Islamist groups are now mounting a serious challenge to the BN.

Thus with a maturing opposition, a young generation passionate for change and the openness provided with new media, it seems that there is a real possibility that Malaysia might finally move forward after all.

Nik Nazmi Nik Ahmad is an elected representative in the state of Selangor representing Parti Keadilan Rakyat (PKR) or People’s Justice Party. He is also PKR’s Communications Director. He will be discussing these and many other issues further in Melbourne from the 9–11 October, in Canberra on 12 October and in Sydney on 13-14 October.