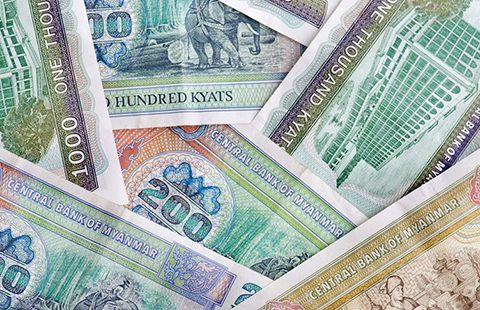 Whether motivated by greed or virtue, granting a one-time tax transparency amnesty to past evaders will help the country’s economic and political transformation.

With the new Yangon Stock Exchange (YSX) set to open in less than five months, now is good time to reflect on, not just the political liberalisation of Myanmar away from military authoritarianism and towards democratisation, but also on the evolution of the economic sphere.

And in particular, increased transparency.

A successful national bourse requires more than a modicum of transparency. “Transparency” itself can mean more than one thing. Openness to outside investigation, whether it be a corporation’s financial statements or a government bureau’s budget, can be a good thing or a bad thing depending on the situation.

However, I argue that there is more good to be had – that is, not just more economic efficiency or effectiveness, but genuine honesty in the development process – if something like a “tax transparency amnesty” for domestic businesses in Myanmar were promulgated by a democratically elected parliament.

We all understand that “politics” and “money” often intersect, particularly at the commanding heights of a national state. Some manifestations of the politics-money nexus are useful whilst others are more than a little depressing; but there is one avatar in particular that is a scourge on Myanmar’s political economy. A tax transparency amnesty could prove analgesic to that still lingering sick-man of Myanmar’s economy: the crony capitalist.

If cronyism between government and businesses is one type of economic activity that could use a dose of transparency, Thomas Fuller’s recent piece in the New York Times is a dismal reminder of another kind of less-than-ideal investor-backing for some of Myanmar’s corporate entities. Illicit trading of items like poppy (now often as methamphetamine), timber, and precious stones are hidden on the former balance sheets of more than a few companies. A tax transparency amnesty could prove useful here as well, helping to highlight wealth and income that is more or less clean (though underreported in the past), whilst also reasserting the illegality of some commercial goods.

But what exactly is a “tax transparency amnesty” and how would it work?

A tax transparency amnesty would be a one-time opportunity for businesses and individuals to declare past hidden income or wealth for an agreed upon fee. Regardless of where the funds came from, all money in the system would be declared white: everyone would get a clean set of books.

The one-time fee would probably be a combination of some set number plus some percentage, depending on the amount declared. The one-time fee would take the place of and preclude any future legal prosecution against these entities for past hidden income and wealth. This one-time opportunity would need to be debated in parliament and some entities or persons might actually be excluded, but if done well the goal would be to hit a target of approximately 80 to 90 per cent of all wealth being more-or-less transparent from that moment forward.

Why do this? It may seem an odd argument for some: indeed, why should any parliament consider forgiving the wealthier businesses and individuals of a national state for not paying taxes in the past?

There are many reasons to not pay taxes. Some reasons are philosophical and take on the form of one ideology or another. Other reasons are simply motivated by greed. Other reasons stem from fear that the government will utilise that information for other proposes. Others still are some mixture of incompetence and misunderstanding (tax regulations are mischievously obfuscated in many countries). But one quixotic reason for not paying taxes in Myanmar may be virtue.

If one were a business entity or wealthy individual during Myanmar’s 50 years of military rule, what would have been the more virtuous option: pay taxes to a military regime that committed documented “crimes against humanity,” including but not limited to use of child soldiers, religious persecution, rape or sexual violence, extrajudicial murder or torture, political imprisonment, and forced labor; or not pay anything to the regime as a form of protest? All those heart-wrenching abuses of the former military junta that made Myanmar–that made “Burma”–such a pariah on the international scene seem like a very good reason, maybe even virtuous reason, for one not to support them monetarily through taxation.

Tanks, guns, and bullets cost money: thus the causal link between taxes and a military’s use of these funds is empirically true. What better reason could there be for not paying taxes?

The civilian government in Myanmar has granted amnesty for those parties and individuals (a majority of them anyway) in the past who resisted or protested against the former military regime politically. Could the civilian government, through an act of parliament, also grant a tax transparency amnesty to some percentage of business entities and private investors who resisted paying taxes to the former military regime economically?

The challenge now, and this is why the new YSX is so important, is that no one really knows how much of the income and wealth of contemporary Myanmar is hidden because of taxpayer resistance and fear of the former military regime. It is one thing to estimate the amount of wealth tied to illicit goods as argued by Fuller, or tied to cronies of the past regime as argued by me here, or even being an important factor for the former generals to begin the current political liberalization and democratization of the state as argued by Lee Jones. The truth is that, without some kind of inducement for businesses and individuals of all kinds to come out of the shadows on past income and wealth, we simply will not know. Those “virtuous” tax protesters are lumped together with cronies or otherwise, making any and all investment in Myanmar’s development seem more suspect than it needs to be.

The upcoming YSX is a practical example of this past stigmatisation of hidden money: only three companies out of over 200 public companies are discussed as possible candidates for the new national bourse. Many are reluctant to open their financial statements to public scrutiny (a necessity for any company to be listed on a stock exchange) for fear of past unpaid taxes. A tax transparency amnesty could prove part of a solution.

Critics might argue that this seems like some kind of get-of-jail-free-card for past illegal, non-tax-paying tycoons. But a parliament could easily earmark the required fee of the tax transparency amnesty to specific health, education, or social commitments. For example, a parliamentary party could stipulate that all the money goes specifically for education: with certain percentages to teachers’ salaries, student scholarships, school buildings, school supplies, and so on. In this sense, one is even tempted to thank past companies and investors for not paying more taxes in the past, when everyone knew that that meant funding atrocities like state-sponsored rape. All that money saved from drab olive-green uniforms and Chinese-made ammunition in the past could be used for more productive activities today.

A “tax transparency amnesty” would not solve all of Myanmar’s economic woes. But it would alleviate some of the pent-up, hidden capital of many corporate entities and domestic investors. The new YSX would see an acceleration of new initial public offerings (IPOs) and domestic investors would have an outlet other than Yangon’s real-estate market or dollar-exchange trading to put their wealth.

Just as amnesties have been provide for the political realm, an amnesty is now required for the economic realm in Myanmar.

TF Rhoden is a PhD candidate in the Department of Political Science at Northern Illinois University and its Center for Southeast Asian Studies and Center for Burma Studies.

Rhoden will be presenting the paper ‘Yangon’s New Stock Exchange in Comparative Analysis’ at the International Conference on Burma/Myanmar Studies, Burma/Myanmar in Transition: Connectivity, Changes and Challenges at Chiang Mai University, 24-26 July 2015.