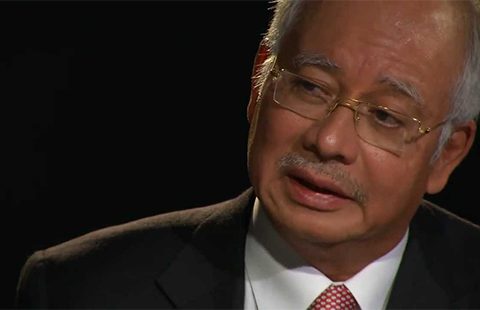 Najib and Malaysia’s road to redemption? As leading party UMNO and its embattled PM desperately cling to power, there could be even darker times ahead for Malaysia’s democracy.

The actions of Malaysia’s Prime Minister Najib Razak have been met with widespread disbelief from domestic and international observers.

For many, there seems to be no end to the series of scandals directly or indirectly linked to Najib and his associates, beginning with a financial investigation abruptly brought to an end by a newly-appointed Attorney-General, Mohamed Apandi Ali.

The investigation, concerning the alleged misappropriation of nearly US$4 billion through entities linked to a state investment vehicle, now continues in international jurisdictions, not in Malaysia. Najib is also being investigated in France in relation to an older scandal involving the payment of illegal commissions to a close associate, linked to Malaysia’s purchase of French submarines in 2002.

Public discussion of Najib’s credibility will likely continue, even though the Attorney General is considering amending the Official Secrets Act to impose severe punishments on those who leak to the media, along with reporters and editors who act on those leaks.

To date, media coverage of leaked documents has been a major source of information about the scale and severity of the allegations against Najib. If these amendments are enacted, this tightening up of information flows would come on top of travel restrictions preventing individuals from lodging crime reports against Najib in Europe and elsewhere in Asia. Nevertheless, it appears that international investor confidence in Malaysia is declining, regardless of any potential future restrictions.

Despite this decline, governments, including Australia’s, remain reluctant to criticise Najib, and public questioning about his administration has largely been confined to Australian media outlets. This reluctance likely stems from Malaysia’s importance as a trade and regional security partner for Australia, and from the belief that Najib, who has been taking steps to shore up his political future, will lead the nation for some time to come.

At the same time, however, any observer with an interest in Malaysia would be advised to keep a close eye on the measures Najib is adopting. These measures are designed to protect his position, but they might also make for uncertain times in future.

Australia’s investment in Malaysia
Australia and Malaysia need each other, and each nation is on the other’s list of top 10 trading partners. Malaysians consume Australian food, raw materials, manufactured goods and education exports, sending ever large numbers of students who require more goods and services in our cities when they arrive. Malaysia is also a party to the Five Power Defence Arrangements and an important partner in counter-terrorism and migration surveillance.

For Malaysia, Australia is an essential source of education and training for its most productive economic sectors, and an important destination for thousands of migrants who leave Malaysia every year. In this sense, Malaysia’s strong relationship with Australia is also a useful pressure valve, as Australia now hosts debates about Malaysia’s future that engage its diaspora of students and professionals, effectively letting off domestic political steam.

Australia permits these debates without openly interfering, including rallies like Bersih last year, at which 5,000 people gathered in Melbourne to call for cleaner elections and transparent government. Malaysia tacitly permits them as well, usually allowing government critics to travel freely to speak to Malaysians and international lobby groups, albeit accompanied by expressions of disapproval aimed at domestic audiences.

Australia has also moved in subtle ways to signal its understanding that Malaysian society is politically divided, and even official functions and programs have begun to accommodate non-government actors. In August 2015, for example, Australian Foreign Minister Julie Bishop attended a function for women leaders that included Ambiga Sreenevasan, a prominent lawyer and Bersih leader. There have also been exchange schemes involving staffers from opposition parties.

This form of quiet diplomacy creates options for Australia without causing a backlash, unlike the open intervention which triggered the deportation of South Australian Senator Nick Xenophon in 2013.

Australian engagement with non-government actors is unlikely to become more vocal or obvious, despite Najib’s approval rating having fallen to 23 per cent, as reported by the Singapore media based on Merdeka Centre polling from August last year. This is unsurprising, as there is no alternative government for Australia to establish more open links with, or, at present, for Malaysians to elect.

Based on current realities, this situation is likely to continue for the foreseeable future, although two years remain between now and the next election, and the contest for Malaysia’s future remains competitive and fluid.

Domestic political moves
The move to close down the corruption investigation has been one in a sequence of many, initiated by Najib and his supporters, to realign Malaysian politics in their favour between now and 2018. The aim is to reconstruct a strong Malay Muslim electoral bloc, led by Najib and his UMNO party, whose majority position cannot be challenged by a weak and divided opposition.

This is a tried and tested UMNO strategy, and if it is successful, the opposition will have been limited to a ‘Chinese’ group of naysayers stoked by a few ‘liberal’ Malay Muslim supporters. A successful realignment along these lines is intended to prevent a 2018 election victory from attracting the same criticisms as the contested 2013 result. It should appear more like a triumph for Malay Muslim unity and rural grassroots politics, and less like a product of the Malaysian electoral system.

This is why UMNO’s moves since 2013 have also included splitting up the opposition coalition, beginning with jailing Anwar Ibrahim a year ago for the crime of sodomy, based on charges that are widely believed to be politically-motivated. Additional moves have included hosting discussions on hudud laws that seemed to convince Islamist party PAS to leave Anwar’s rebranded coalition, now in a much weaker position than in 2013.

Now espousing an independent position after UMNO eventually declined to support hudud, PAS has begun to extract important concessions from UMNO regardless, including a sharia index which is likely to trigger a new round of Islamisation in Malaysian politics. Such rounds are usually accompanied by debates about the position of liberal Muslims and Malaysia’s non-Muslim minorities, leading to fears that Malaysians’ famous tolerance might be stretched beyond its limits. Indeed, observers question whether Malaysia’s commitment to countering radicalisation is in reality undermined by its government’s willingness to Islamise public life.

Since 2013, government spokespeople have admitted to funding NGOs espousing precisely this aim, including ISMA and Perkasa, both of which advance majoritarian arguments that infuse Malaysian debates.

Other moves have included portraying last year’s Bersih rally as just another Chinese protest, a portrayal enabled by a government decision to declare the rally illegal, thereby preventing (mostly Malay Muslim) civil servants from attending. The ‘Chinese’ effect was also supported by the noticeable absence of PAS activists, after PAS declined to mobilise to support the rally.

Najib has also moved to suppress rebellions inside UMNO, beginning by sacking the last Attorney-General, Abdul Gani Patail, who had been leading the investigation against him. He also sacked his high-profile former deputy Muhyiddin Yassin, who had openly cast doubt on UMNO’s future electoral chances. Since then, Najib has ‘oppositionalised’ figures linked to former Prime Minister Mahathir Mohamad, an open Najib critic who even attended the Bersih rally in Kuala Lumpur.

In this vein, state parliamentarians apparently aligned with Najib recently managed to oust the former prime minister’s son, Mukhriz Mahathir, from his Chief Minister position in the Kedah state legislature. Mahathir has responded by declaring himself patron of a group of anti-Najib UMNO branch chiefs, drawing immediate criticism that they are ‘shit-stirrers’ whose agitation is likely to fail.

Not surprisingly, public mistrust has not abated through this sequence of extraordinary political moves. Set against a backdrop of financial scandal, they seem to only compound Malaysians’ misgivings over the state of the economy.

These fears are also being stoked by revelations of financial difficulties at Tabung Haji, a taxpayer-guaranteed entity through which aspiring Muslim pilgrims save for travel to Mecca for the Haj. The August 2015 poll by the Merdeka Centre found 78 per cent of Malaysians disapproved of Najib’s economic management, and that result is unlikely to have improved much in the months since.

No guarantees for anyone
UMNO continues to invest heavily in Najib, and its strategy of working to rally a Malay Muslim majority. Yet there remain serious questions around whether this strategy will work to deliver an election result that UMNO can defend at home and abroad.

If UMNO’s project of restructuring the Malaysian political contest fails to achieve its desired effect, the party’s popular vote could potentially fall again, shredding the legitimacy of a 2018 victory and raising more questions about Malaysia’s direction. The resulting damage to Malaysia’s image as a parliamentary democracy would inevitably affect Australia’s relations with a neighbour it relies on for Southeast Asian security and social cohesion.

Dr Amrita Malhi is a researcher and writer on histories and politics in Southeast Asia, especially Malaysia and its interAsian contexts. She is Secretary of the Asian Studies Association of Australia, and holds an affiliation with the ANU College of Asia and the Pacific at the Australian National University. Her website is www.amritamalhi.com.