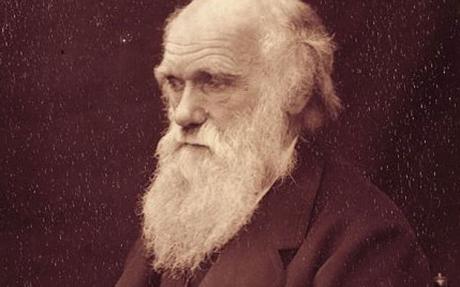 Some interesting commentary on farang in general and New Mandala in particular from the Thai-Oz News (Vol 22, Issue 570 November 16-29 2011):

Foreigners are all good except…

It is normal that people would think they are better than others. Especially those who has never been trained will even think they are much better than others and trashed other people’s ideas under their feet. The Buddha taught that “human beings who are trained are excellent”. What is this training? It is the training to maintain three holy principles or “Traisikha”. The are sila, samadhi, and panya (self-restraint, consciousness, and wisdom).

To explain to foreigners who don’t know much about Buddhism about Sila, it is the training to restrain one’s mind. When a person knows how to calm their mind and body, they can walk with cares not kicking anybody’s feet. When a person knows how to calm his/her mind, he/she may be aware that people even in the same society think, act and speak differently. People from different societies are even further distinctive. If a person has sila, he/she will easily attain samadhi and panya which will help develop his/her understanding in many problems including solutions to them.

Farang seem to be more intelligent than others. It is because of their historical process that experienced human rights abuse, slavery, discrimination against other human fellows as low class animals. They have taken advantage in many forms, including inventing capitalism that takes advantage from the poor. Farang therefore know how to exploit others as well as protecting their evil acts.

Karl Marx used to say that every society has overlapping aspects from its past. No single society can jump ahead without its traces. We thus can still see farang with colonial thinking remnants in many societies even in the academe.

Charles Darwin who wrote Origin of Species that evoked racism in the Western world, said that the white race has the most potential to attain progress beyond the yellow and black. Karl Marx also echoed this line of argument and equated the West with progress and the East with backwardness.

The arrogance of being superior than the yellow and the black, reflected in their attempt to take advantage economically in many parts of the world as well as looking down on other races’ ideal in the past. Farang went to Siam and tried to dictate what Siam should do. For instance, Mr and Mrs Eddies, American missionaries from New York tried to persuade King Rama IV to convert to Christianity when he was still a prince and was ordained as an abbot at Wat Bowonniwet. These missionaries had no knowledge of other religions, therefore, they were narrow minded criticising others including Buddhism that has an ultimate goal of attaining nirvana instead of reuniting with God.

King Rama IV who established Dhammayut Sect for purifying the then degenerating Buddhism in Siam, had a correspondence with Mrs Eddie that Protestant missionaries were different from the Catholic counterparts in their lack of knowledge of other religions. They thus criticised others religions wrongly.

Those farang like Mr and Mrs Eddie can still be seen as historical remnants in Australia such as those who run New Mandala website under the College of Asia and the Pacific at the ANU. This website always posts issues about Thailand and the monarchy. With particular interest in the monarchy, it has attacked Thai legal system regarding lese majeste law on the ground of democratic rights issues. This is similar to the way in which the West went to Siam 500 years ago and tried to attack Thai ways of life and beliefs based on their shallow understandings.

These people have a prejudice against other people’s ideas. They lack “sila” or the disciplines of life. When they believe something and want others to follow without any principle. Some people are high educated with a doctoral degree, but have no wisdom. Instead of proposing their ideas with a proper psychological means, they insult two prominent persons who are called “father” and “mother” by people around the kingdom. What these people can do are speaking about them abusively and persuading other silly readers to do the same. They do it cowardly and just to serve their stupidity; that’s all. They can’t change other people’s mind but increase enemies everyday instead. They don’t know that the boiling water has accumulated a high degree of heat for a while. When there is a leap from quality to quantity, a new quality will emerge. At that time, they will know what are the results of their actions.

Many may wonder if ANU cannot control the code of conduct of this website when it is run under the university. This website is under the College of Asia and the Pacific which has its goal as “our mission is to lead Australia’s intellectual engagement with Asia and the Pacific through research, teaching and contribution to public debate. There is no single statement for promoting “mutual understanding” which may be a loophole for some people to abuse and serve their evil desire happily. The university should have realised that having this loophole for some people to use for their intellectual masturbation by attacking other countries that have good relations with Australia may lead to future conflict. This is Farang’s characteristics, always claiming academic freedom. But if they are attacked back, they will be extremely vexed.

Farang are good at accepting their own people’s ideas but not the ideas of other races or nations. They don’t like to tailor shoes to fit people’s feet but prefer to cut others’ feet to fit their shoes.