One Sunday in Jakarta

On 22 June, we–Dominic Berger (@oomberg) and Liam Gammon (@gammonator)–spent a long, sweaty Sunday attending campaign events of both sides. An early morning stroll along Jalan Thamrin with Jokowi and various groups of his supporters was followed by an afternoon rally by the Prabowo-Hatta team in the iconic Bung Karno Stadium. @TomPepinsky has blogged about the Prabowo rally here, so we’ll let the colourful photos (by Liam) and video (by Dominic) from the day do the talking.

A group of bike-riding liberals organised a cycle in support of Jokowi through Jakarta’s CBD–which is closed to traffic on Sunday mornings–through the hashtag #Gowe22 (if you get the pun, congratulations). Before they set off, these guys posed for a photo with a banner reading ‘Salam Dua Jari [‘two finger greeting’; Jokowi and JK are number two on the ballot in July] for a democratic Indonesia’. The subtext of this should be pretty clear. At the Hotel Indonesia roundabout, two separate stages were set up by supporters. Turnout was good, with a lot of families with kids joining the bike-riding activists and yuppies. ’10 Reasons to vote Jokowi’, reads this information board: 1. ‘Jokowi is not tercela’ (‘flawed’, a reference to Prabowo’s background) 2. ‘Jokowi has a proven track record’, 3. ‘Jokowi a statesman’, 4. ‘Jokowi is tegas (firm, tough), 5. ‘Jokowi is a pluralist’, 6. ‘Jokowi is not a political dealmaker’, 7. ‘Jokowi is a problem solver’, 8. ‘Jokowi is a penggerak’ (someone who inspires people to take action), 9. ‘Jokowi is humble in his lifestyle’, 10. ‘Jokowi is the head of a happy family’–a rather below-the-belt dig at the divorcée Prabowo. Jokowi’s short speech didn’t repay the patience and commitment of his supporters with anything of substance, let alone offer anything to inspire them beyond the staggeringly redundant observation that it would be a shame if they lost in his own political base of Jakarta. The crowd didn’t seem to mind. But given that there were five Metro TV cameras there to give him free nationwide TV coverage, it was, we both agreed, a pretty pathetic effort from a candidate whose campaign is in dire need of some momentum. Just down the road, Prabowo volunteers were winning some fans on the sidelines of the Jokowi crowd with free chocolate milk–most of whom, though, didn’t look old enough to vote. (Message to parents: ‘Vote Prabowo–He’ll Shut Your Kids Up With Milk’?) …and, for some reason, members of a musang (civet) breeders’ club who offered animals to passers-by to pet. Speaking before Prabowo were, amongst others, Suhardi, Amien Rais, Akbar Tandjung, and Aburizal Bakrie. There weren’t a lot of women around. It was hard to maintain a conversation over the music and roar of the crowd, but most of the attendees we managed to chat to were union members (many clearly showing PKS sympathies) from factories on the outskirts of Jakarta. It was clear that they hadn’t come here under their own steam: the crowd was bussed in on rented minibuses. Prabowo’s speech was his usual stump. But he didn’t put quite as much emphasis on the ‘lackeys’ and ‘stooges’ of foreigners as he did in a recent address in Medan. He introduced some new material, however, about how people shouldn’t think that he was an out-of-touch plutocrat. Nothing could be further from the truth: his father, it turns out, was not a famously wealthy bureaucrat-cum-businessman, but an honest civil servant who ‘never took any money from corruption in his life’. Prabowo claimed that he had once been a poor man, and recalled how he used to have to ‘count his money before taking a girl on a date’. (He’s also got a bridge you might be interested in buying). There were big cheers also for two cameo performers. The first was rock star/Indonesian Idol judge/epic toolbox Ahmad Dhani, who at one point stood up on the lectern with Prabowo to give the ‘number 1’ sign for his candidate. He also had a chummy moment on stage with Prabowo’s former military ally Kivlan Zein, with whom he is pictured below at the climax of Prabowo’s speech. The second, and probably most well-received, cameo appearance was from none other than Titiek Soeharto, who was seated just behind Prabowo on stage. Numerous speakers drew attention to her presence, with one introducing her as ‘the daughter of the Great General Soeharto’, and another teasingly referring to her as the ‘potential Madam President’ (perhaps meaning to say ‘potential first lady’).

Just after the photo above was taken, Titiek was brought to the front of the line-up to wave to the crowd, who greeted her with full-throated chants of ‘Har-TO! Har-TO! Har-TO!’. It shouldn’t go unmentioned that most of the young men participating in this rather ugly display of Soeharto nostalgia would have been children when the New Order regime fell. All the while, the tvOne camera drone hovered overhead, giving the campaign the free publicity it would expect to get from a TV station owned by Aburizal Bakrie, one of the party bosses supporting it. 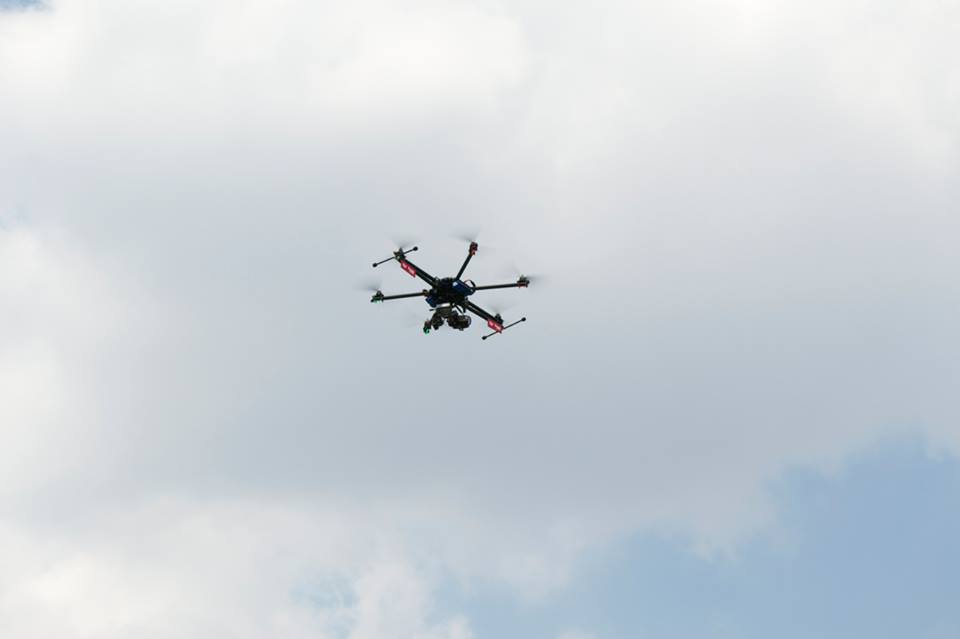 Rhoma Irama finished off the event with a decidedly phoned-in performance of some of his hits. Dominic Berger and Liam Gammon are PhD candidates at the Department of Political and Social Change at the Australian National University.