On 25 May 2009 the People’s Alliance for Democracy (PAD) lavishly celebrated the decision to found their political party in the sports stadium in Thammasat’s Rangsit campus. There were marches by the various PAD chapters of the different provinces in folkish costumes, and a large show re-enacting the sanitised history of their protests of last year, which went on despite the heavy downpour. About 30,000 PAD members attended the event. The theme was overwhelmingly dominated by strongly royalist and nationalist symbolism. Of course their opponents, the Red Shirts and the Thai Rak Thai and People Power Party governments were also criticised, but with much less intensity than usual. All 5 core leaders attended, alongside many celebrities as well. Painter Vasan Sittikhet spoke on the stage, and also Sondhi’s son Jittanart Limthongkul. The 7 October 2008 teargas victims were present as well. The atmosphere was celebratory similar to the pre-coup PAD, their guards were not visibly armed and threatening like during last year’s protests. It was also unusual how easy we journalists could mingle with the PAD VIPs, the standard phalanx of Naclop Srivichai blocking access was not present yesterday.

It is still not really clear what their demands for New Politics actually mean in practical terms. Nationalism, royalism, and demands for “clean politics” are not enough for a policy, and it remains to be seen how the many different, partly opposing political backgrounds can work together. Protests to be against something are one thing, but parliamentary politics are another matter. The founding of a political party seems not to be as undisputed as the event may suggest. Several mid-ranking PAD members I spoke with are still uneasy about the decision. An argument that came up was that they saw the PAD more as a way to check the government than a possible power in parliamentary politics.

One thing is sure though — the PAD is still a force to be reckoned with. 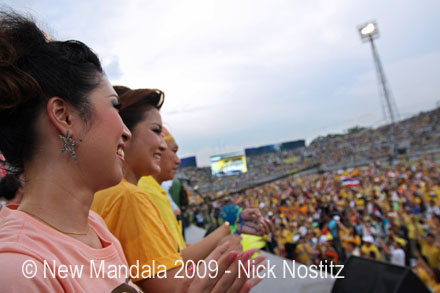 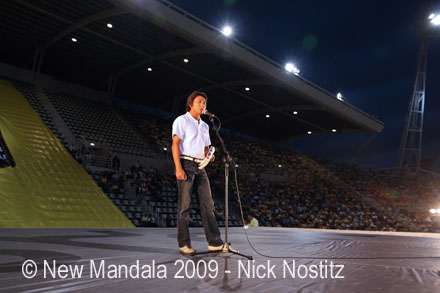