Picture 1: On the front page of the Manager newspaper of August 29, the PAD’s two core leaders, Sonthi Limthongkul and Chamlong Srimuang, confirmed that “[We will] fight, not retreat!” Picture 2: Before I posted my contribution to New Mandala on August 29, I had come across news that police had retaken Makkhawan Bridge and cleared the area. When I went there in the afternoon, I was thus surprised to find the stage standing there. It turned out that police had nor succeeded in their mission, leaving merely some scenes of vandalism. Picture 3: People had assembled again to listen to speakers from a truck-turned-stage in front of the original huge stage. The messages communicated by the audience were as usual – Monarchy, Nation, and “Samak you are bad.”

A short while after I had taken this picture, the speaker on the truck said something to the effect of, “We have been assigned to walk to the Metropolitan Police Bureau. Let’s get up and move!” Of course, the crowd did as ordered. The PAD seems to have a command center that determines tactics and sub-commanders who move the protestors accordingly. Later in the evening, an old woman belonging to another group of protestors, who had turned up at the entrance of Phitsanulok road near the Bureau, also told me that they had been ordered to go there in their thousands. However, the number was not reached, and so they returned to their original site. This former teacher spoke excellent English and declared, “In these times, you cannot be neutral. You have to take sides. I do not like the people at Thammasat University, because they have not taken our side. I am a reborn Christian, and pray every day. I am convinced that God watches us and approves of our actions!” Picture 4: In the compound of Government House, a huge stage (and many tents) had been erected. The banner at the back reads, “[The] Last War.” Picture 5: Since there were too many people to be accommodated on the main lawn of Government House, some sub-stations were arranged here and there so that people could watch on screen what happened on the stage. Picture 6: Later, I went to observe of what happened on Phitsanulok Road (leading to Government House), near the Metropolitan Police Bureau. The PAD had erected a major roadblock there, and placed a few hundred protestors in front of it. Apparently, they were prepared peacefully to fight back any police assault. 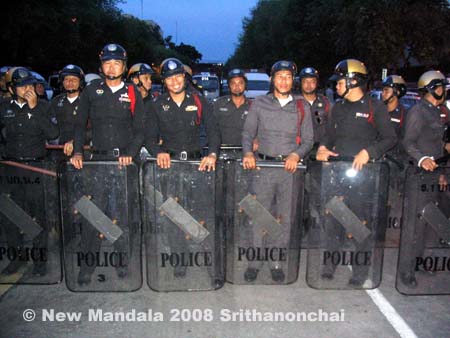 Picture 7: At the other end, about 100 meters apart, police officers awaited events.

Picture 8: In between these two poles, negotiations between two leaders of the protestors and the police took place. At one point, the magic sentence was uttered by this leader, “We are all Thais.”

The moods of the protestors and the police were very different indeed. The latter had to do an undesirable job, waiting for hours of what might happen, sitting down on the pavement with their shields, getting up again, standing around waiting, and so on. Inside the Bureau’s compound, groups gathered around a small TV in their attempt to find out what was actually going on. Others sat in the canteen having their dinner. All the while, they had to hear the singing and rhythmic shouting of the protestors, who-fully certain that their actions were the right thing to do-were constantly kept in high spirits by a number of whips. 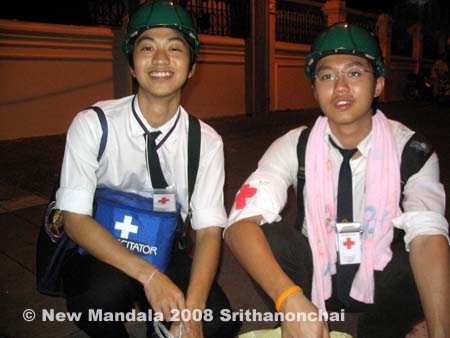 Picture 9: Near the protestors, two medical PAD staff approached me asking in English what I was doing here. It turned out that they were students from Chulalongkorn University. One studied dentistry, the other accountancy. The latter told me that he could not stand the police treating protestors badly, and so he had joined them as a medical volunteer. Picture 10 and Picture 11: At some point, another group, approaching from Kurusapha, turned up behind the police lines, and wanted to join people at the main roadblock.

Picture 12: This resulted in negotiations between the leader of this group and the police. The officer to the left spotted a female hawker with a pushcart selling sugar cane juice and drinking water. Picture 13: He called the women and asked her to distribute all she had in her cart to the protestors and the few police officers leading the talks at this spot. Of course, she was glad to oblige. Later, while she was pushing her empty cart from the scene, she told me that the officer had bought everything for 4,000 baht in cash. Shortly afterwards, the police allowed the group to walk up to the roadblock. All the way, they rhythmically expressed their thanks to the police.