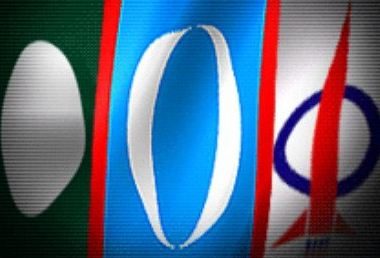 Pakatan will not win Malaysia’s 13th general election has been portrayed by many analysts in hopeful ways: the best prospect ever for opposition icon Anwar Ibrahim to win the prime ministerhship; a chance at last for democratic change; and an end to the country’s insidious ‘race-based’ politics. Just now, I am in the southern state of Johor, birthplace and bastion of the country’s dominant party, the United Malays National Organisation (UMNO). It is here, then, that after their electoral gains five years ago, the opposition Pakatan Rakyat (People’s Alliance) has opened a new front. Pakatan is a lively coalition in which Anwar’s vehicle, the People’s Justice Party (PKR), mediates between the Democratic Action Party (DAP), made up mostly of ethnic Chinese, and the Party Islam se-Malaysia (PAS), a mostly rural Muslim party.

The DAP’s founder and ‘advisor’, Lim Kit Siang, and a PAS vice-president, Salahuddin Ayub, have thus descended on Johor to contest the state’s parliamentary constituencies. But I am doubtful. Over a bottle of promotional Ubah water, a local director of DAP operations confides that ‘the Malays are not as warm as we had hoped’. And PAS’s political gatherings are sorely under-attended. To be sure, a Pakatan rally in the town of Skudai night before last, featuring Anwar, Salahuddin, Kit Siang, and his able son, the chief minister of Penang, Lim Guan Eng, drew some 70,000 to its car park locale. But the audience appeared to be entirely Chinese. And the more the Chinese might declare their solidarity, the more the Malays take fright, their disgust over corruption in UMNO outweighed by reawakened worries about the loss of their indigenously framed ‘special rights’. In turn, UMNO, with its coalition partner, the Malaysian Chinese Association (MCA), scorned by most Chinese, prepares to go it alone, banking on reenergised Malay support. And indeed, with only the urban Malay middle class having attained self-confidence enough to heed Pakatan’s call, UMNO will claim three-quarters of the community’s vote. Pakatan, then, will not win even the 30% support among the Malays which, combined with the backing of the Chinese, its leaders estimate would bring them victory–all things being equal.

And to add to Pakatan’s problems, of course, things are not equal. Instead, under the Malaysian variant of authoritarian rule, sometimes cast by analysts as ‘electoral authoritarianism’, the playing field is vastly uneven, upended by grievous forms of gerrymandering and malapportionment, a partisan use of civil servants and state resources, extensive vote-buying, off-the-cuff development grants, a badly distorted electoral roll, a pliable election commission, a misrepresentative first-past-the-post system, an absurdly abused media, and a worrying usage of goons. Thus, to overcome so uneven a playing field, Pakatan needs a landslide. But it can hardly expect to attain this, heaving failed to extend its appeal beyond an alienated Chinese minority and a progressive, yet tiny Malay sub-sect, whatever the leadership skills and front stage charisma of its leaders.

I anticipate, then, that Pakatan will make scant headway in the 13th general election. Kit Siang will be defeated, though narrowly, in the constituency of Gelang Patah. PAS’s candidates in Johor and Putrajaya, some of the bravest in the party, will lose much more decisively. Anwar will withdraw from national politics to more international platforms. Thus, Pakatan’s component parties, having given it their best shot, will grow strained as they return to more narrow party strategies and regional gains. And a gloating UMNO will substantially renege on its last-minute pledges to the Chinese, though perhaps follow through on a few commitments to returning Indian sons.

The irony of this election, then, is that ordinary Chinese, in having seized a seeming opportunity for electoral gain, will only have deepened their marginalisation. And ordinary Malays, in voting once again to subsist on a drip of paltry benefits–and to savour a warm mist of racial supremacy–will do have done most to prop up the wealth of UMNO’s warlords. Thus, after this election, Malaysia will re-equilibrate in its standard trajectory, achieving far better standards of development than regional norms, yet perpetuating much inequality.

However belatedly, Najib is at his heart’s extremities a reborn reformist. The coolness of his tweets has legs. He cannot debate Anwar Ibrahim, for he will lose. He cannot deny Rosmah Mansor her diamonds, for he will lose again. And he can hardly refuse Perkasa. And of course, he carries the baggage of amassed patronage resources–as any leader of UMNO must do. But ingatlah: quite in keeping with Malaysian political tradition, he is a reasonable and astute leader in what is surely one of East Asia’s most complex societies to oversee. Malaysia will thus remain in above-par hands.

Lastly, let me offer a word for the Royal Malaysian Police, the alleged partisanship of whom is often decried. Over the past week, I have seen them at Pakatan ceramah directing traffic many hours on end, bareheaded, standing in the heat and the rain, waving through middle class Chinese motorists, assisting parking, and generally keeping order. I hear too that they have held the line between Pakatan and Barisan bullyboys. The police did say that they would keep the peace this election. By gum, much in contrast to their counterparts in other regimes in the region, they have done it. Let us hope that the rest of the state apparatus can do the same if in the very unlikely event that Pakatan comes to power.

William Case is Professor in the Department of Asian and International Studies and former director of the Southeast Asia Research Centre at City University of Hong Kong.