People’s power and resistance in Southeast Asia in comparison: a roundtable

­In cooperation with the convenor, Nhu Truong, New Mandala is pleased to share a series of articles based on papers presented at the People’s Power and Resistance in Southeast Asia Roundtable at the 35th Biennial Conference of the Canadian Council for Southeast Asian Studies.

Recalcitrant authoritarian tides have precipitated ruptures in state-society relations and shattered any illusions of democratic certainty within and beyond Southeast Asia. The hall of mirrors has been smashed, so to speak. The Roundtable on People’s Power and Resistance in Southeast Asia was convened at the 2021 Conference of the Canadian Council for Southeast Asian Studies in order to throw light on people’s pushbacks against this democratic backsliding in the region.

The four essays featured on New Mandala over the coming weeks report on the roundtable, specifically exploring the dynamics of ongoing resistance movements in Myanmar, Thailand, and Hong Kong. Erik Martinez Kuhonta first compares societal responses to illiberalism in Myanmar and Thailand with the lack thereof in the Philippines through a macro-historical lens. Akanit Horatanakun then traces the grassroots formation of youth networks and the role of mobilisational brokers in Thailand’s youth revolution. Next, Megan Ryan and Van Tran document the digital strategies employed by both the Tatmadaw and anti-coup resistance in Myanmar. Finally, Maggie Shum comments on prospects for transnational solidarity one year after the #MilkTeaAlliance Movement.

The roundtable thus brought these analyses into conversation with one another in comparative perspective. First, each of the resistance movements dually signifies the transformative potential of people’s power and its inherent precarity. Second, despite the widened participation of various societal groups in these resistance movements, there remain distinct divisions both internal and external to the movements. Finally, state responses to protestors’ demands have ranged variably in their reactive and institutionalised nature.

Power and precarity of resistance

The 2021 military coup in Myanmar passed its first anniversary in February this year. “Things got worse while we were expecting the best. A coup d’état occurred,” Dr. Thiha Tin Tun wrote before joining the Spring Revolution. “If anything happens to me or if I die, I want my mom to be proud of me . . . Do not grieve for a long time as my downfall was in the pursuit of national sovereignty and the people’s power.” On 17 March 2021, Dr. Thiha later died from gunshots while building a roadblock to protect protestors from military and police attacks.

The “people’s power” embodies an unflinching spirit of resistance but also an acute precarity under the tightened grip of Myanmar’s junta that has reverberated across the country. Arbitrary and extrajudicial killings by the Tatmadaw have occurred with impunity in plain sight. Yet, as Megan Ryan and Van Tran noted, cyberspace constitutes a front line of its own between pro-military groups and pro-democracy supporters. The junta has actively produced counter-narratives and content against opposition and resistance forces in myriad fashions. These counter-narratives have aimed to instigate, frame, and displace blame for violence and political disorder onto protestors and activists. This manipulation of information in a digital age potentially makes it difficult for domestic and international audiences to discern the differences in the narratives between pro-military and pro-democracy groups as well as which group is which. Such obscurity constitutes an “optimal obfuscation” that would benefit the Tatmadaw in its campaign to delegitimize the resistance and evade accountability.

In Thailand, the fabric of state, society, and the monarchy burst asunder at the #ThammasatWontStandForIt demonstration on 10 August 2020 in which protesters broke the country’s taboo and openly called for the reform of the Thai monarchy. Pimsiri Petchnamrob, who also goes by “Mook”, is a human rights activist, cultural critic, and documentary filmmaker who has stood on the front line of Thailand’s pro-democracy youth movement. Mook was formerly detained on charges under Article 112 of the Criminal Code for questioning the adherence of Thailand’s lèse-majesté law with international laws at a speech given alongside other activists on 29 November 2020. 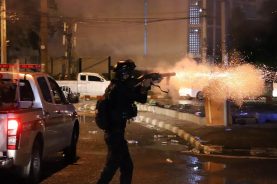 All youth groups are calling for change, but at different levels.

At the roundtable, Mook chronicled the waves of protest before the pandemic, to the disbanding of the Future Forward Party, to periods during the country’s COVID-19 outbreaks. She offered a most poignant testimony from the many conversations that she has had with protestors during this period. Mook recounted her exchange with an 18-year-old youth and his pregnant girlfriend on their reason for joining the pro-democracy protests. The soon-to-be-father and his girlfriend told Mook, because “the government needs to know that we’re dying.” Growing economic distress under the government’s handling of the pandemic had added traction to Thai youths’ call for a democracy that is not merely in name, but a procedurally and substantively more responsive government.

The transformative impact of resistance resides not only in the fruition of a material reality but is also realised through an affective and cognitive consonance that can forge and expand the political imaginary of protestors in Myanmar, Thailand, and Hong Kong. To put it simply, as Nathan Law reflected on his activism in Hong Kong’s 2014 Umbrella Movement, “I was a changed man. An innocence had gone.” Law was detained for six months in 2017 after his election to the Legislative Council.  “Freedom is as much a gut feeling as a thought—as much a cause of the heart as of the head,” Law later wrote. “What drives [people’s] pursuit of freedom is not only the ideal, but also their revulsion against the opposite—to be unfree.”

Cross-cleavages in movements and their limitations

To what extent have the recent pro-democracy movements cut across social cleavages in Myanmar, Thailand, and Hong Kong? Panelists on the roundtable noted, on the one hand, the mobilisation and inclusion of new groups who have refrained from taking part in similar opposition and resistance in the past. On the other hand, these efforts face inherent limitations that provide cause for caution.

The current protest movement in Thailand has been primarily led by youth groups from the urban middle class. Attempts have been made to widen the movement’s narrow base to include non-youth groups, such as the Free People group led by former red shirt activists and Buddhist monks. Yet, Akanit Horatanakun importantly noted that the youth-led movement has yet succeeded in mobilising upper elites and the poorest of the poor to join its base. Furthermore, the middle class itself has many layers. Older generations belonging to the middle class have also largely refrained from the current pro-democracy protests and calls for monarchical reforms.

In Myanmar, the Tatmadaw’s overt seizure of power and overthrow of the country’s democratically elected government have spurred a revolutionary movement, one that began from peaceful protests and driven to insurgency to all-out warfare. The movement has been said to emphasise “horizontal relations (rather than hierarchical ones), and accentuates a social justice orientation inclusive of all members of society.” While it is true that resistance against the junta has galvanised support across regions and class as well as gender and generations, this is not entirely the case with regard to ethnic cleavage. Erik Martinez Kuhonta complexifies the issue by characterising the current resistance as a “political revolution in the making” aimed at restoring democracy, but not one that aims to correct the current social order and ethnic exclusions such as that of the Rohingya.

In a similar manner, the cleavages among protestors in Hong Kong have not been based primarily on socio-economic class. When civil servants turned out in thousands to join protests against the proposed Extradition bill, it signalled the growing base and traction of the 2019 pro-democracy movement. But the fault line that Maggie Shum views as most vital among societal groups has been largely identity-based, between so-called pro-China and pro-Hong Kong groups, non-local residents and localists in Hong Kong.

The state in all three respective cases of Myanmar, Thailand, and Hong Kong has not been responsive to the claims and demands voiced through the people’s power. Rather than adopting measures to address and reflect these societal interests, the state has perpetrated the repression of people’s opposition and resistance in both reactive and institutionalised ways. Whereas to be institutionalised implies more systematic, predictable, and consistent conduct and patterns of behaviour, to be reactive is to veer in the opposite direction.

Indiscriminate violence, arbitrary killings, and random arrests at the hand of military forces in Myanmar have been highly reactive on a large scale. In Thailand, the increased use of Article 112 as well as the Constitutional Court Ruling No. 19/2564  signify determined efforts by the Thai government under military rule to institutionalise its prosecution of activists. While online mobilisation and activism exploded online through the formation of the Milk Tea Alliance, this has yet to result in a desirable outcome for pro-democracy protestors in Hong Kong. The temporary retraction of the draft legislation on extradition by Chief Executive Carrie Lam after three months of mass protests in 2019 was later replaced by the passage of the National Security Law in 2020 with an even more expansive scope for institutionalising state control over Hong Kong society.

Mary Callahan has previously commented that “People in Myanmar fear being forgotten or ignored by the world even more than they fear a bullet.” This statement may very well resonate with any protestors or activists who have been muzzled, tear-gassed, arrested, or detained in Thailand, Hong Kong, or elsewhere. These reports from the roundtable heed the imperative for continued and active engagement, in one way or another, with current ruptures, dissent, and struggles for people’s power in Southeast Asia and beyond. 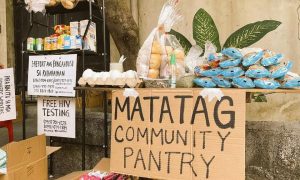 Aside from critiquing state inefficiency, I think community pantries are telling us something more ideological. 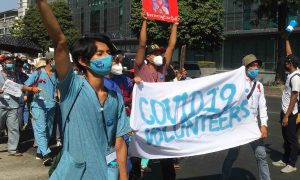 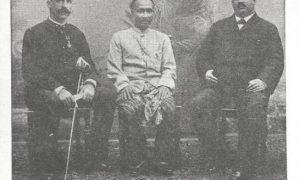 Displacement is a key contributor to the trajectories of “Muslim” politics around the region...