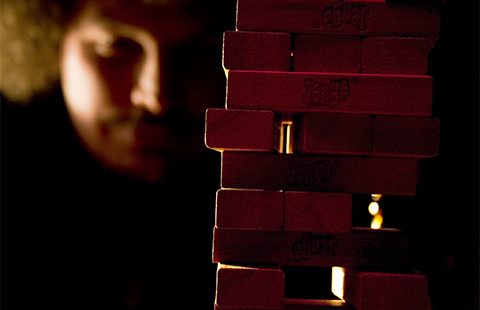 How ideas of justice and law are being morphed by intermediaries.

After the formation of a new semi-civilian government and elections in 2010, Myanmar’s military regime set out upon an unprecedented road towards political reform.

President Thein Sein described this as a democratic transition, stressing the importance of avoiding harm to “peace, stability, and the rule of law.”

Despite the best of intentions however, there are widespread concerns with Myanmar’s law and justice institutions, which are both highly politicised and the cause of much anxiety.

Such concerns have prompted international actors to arrive in the country in significant numbers. These organisations are rolling out numerous projects and programs with a rule of law ‘component’, with the aim of promoting political and legal change.

The activities and implications that these international players have on Myanmar’s evolving law and justice system is the focus of Kristina Simion’s research. The PhD scholar from the ANU Regulatory Institutions Network recently spoke about the challenges and opportunities.

But implementing such change is complex in Myanmar, which she describes as a “dynamic system with its own hidden power struggles and complexities.” This causes “conflict in values, norms, knowledge and identity,” says Simion. The High Court in Yangon. Photo: Bessie and Kyle on flickr https://www.flickr.com/photos/bessieandkyle/

A key part of Simion’s research is focusing on the role of intermediaries and how they shape the promotion of the rule of law.

And in relating globally oriented ideas to Myanmar locales, intermediaries operate “in a middle space between the global and local, and the local and the global.”

But she argues their participation is “more than mere translation.” In the process of interpreting international rule of law ideas, such transmitters can “repurpose, appropriate and morph” how the rule of law is spread in Myanmar.

Does this help or hinder development?

“Intermediaries often know how to shape the message for the intended audiences … they see their role as more important than transmitting a neutral idea,” says Simion.

Simion also argues that not enough attention is given in research or practice to how these individuals may shape what happens with the promotion of the rule of law.

Through acts of mediation, translation, or brokerage, intermediaries “influence messages with their own values and select who gets to be included in rule of law development,” she says. This influences the direction of project development.

Lastly, in a setting where there is widespread scepticism toward foreign organisations, intermediaries themselves are stuck in a tricky position. Simion finds that intermediaries “become the embodiment of foreign distrust” and battle aligning different ideas, objectives and norms.

Understanding how the rule of law is developing in a complex reform process requires insight into how intermediaries may influence development attempts.

Overall, Simion’s research finds that intermediaries are “pivotal for rule of law promotion efforts” while raising attention to the fact that such processes are still not understood enough.

Exploring this topic is significant as it can help us trace why international development attempts become distorted and skewed.

Mish Khan is a second-year Asian studies/ law student at the Australian National University, and associate editor at New Mandala.