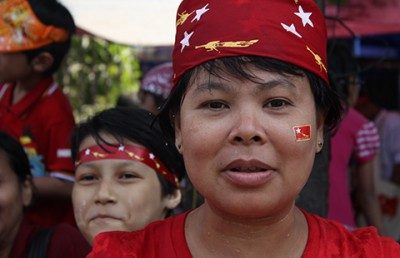 This column was published in The Myanmar Times on Monday, 9 May 2016.

With the old military regime, there were countless good reasons to criticise the way government functioned. Top leaders abused their high status, enriched themselves and brutalised opponents.

Wherever you looked around the country, there were issues that demanded attention including tough topics like human trafficking, drug production, HIV, civil war, child soldiering, economic malaise, forced conscription and crony capitalism.

Most of these old issues are still on the agenda. But now that the National League for Democracy has a much greater say in how the government runs they can no longer expect somebody else to fix these problems.

What they are also learning is that there are few simple solutions. Getting political prisoners released last month was pretty straightforward. Most of what needs to happen next will require administrative nous and sharp judgements about risk and reward.

As the former government learned, the problems facing Myanmar are deep-seated and rarely amenable to quick resolution. A key point is that the Union Solidarity and Development Party ended up taking many of the easier decisions – the proverbial “low-hanging fruit”.

Former President U Thein Sein, whatever the constraints of his mandate, made some necessary and important changes, particularly in the mechanics of the economy. He deserves credit for that and also for the way he graciously surrendered power.

So, now that Daw Aung San Suu Kyi is state counsellor and U Htin Kyaw is president, where should they focus the government’s attention?

Near the top of the list is Myanmar’s anxious relationship with China. For better and for worse, this relationship will determine the overall health of the ongoing reform process. It covers so many facets that it is impossible to simplify.

My personal rule of thumb is that almost any Myanmar conundrum has an acute China angle.

There is still no clear, public indication of how the NLD proposes to handle its giant, muscled-up neighbour. It would make sense that Daw Aung San Suu Kyi, in her new role as foreign minister, has already learned enough to appreciate the immense difficulties of her position.

Next, there is the issue of relations between the majority and the minorities. For now, it probably helps that the NLD commands the elected numbers in most of Myanmar’s ethnic states and has strong showings almost everywhere else. Its weakest performances at last year’s election were in Rakhine and Shan states. It is not a coincidence that these are the two parts of the country primed for more strife in the short term.

In both cases local conditions are now the NLD’s problem and it needs to find new ways of deploying state power to manage the potential for crisis. If things go badly wrong in Rakhine State, for instance, Daw Aung San Suu Kyi will be expected to show leadership.

The prevailing challenge is that if she talks about the Rohingya in inclusive terms, she risks alienating a very large proportion of Myanmar society. The NLD will count on the support of these Buddhist voters at the next election.

Of course, with skill and good timing the NLD leadership may be able to de-escalate any looming emergency. But that assumes they have the confidence of the Buddhist population in Rakhine State. Northern Rakhine State, in my experience, is the one place in Myanmar where the type of vitriol usually reserved for Muslims is also commonly applied to Daw Aung San Suu Kyi.

Lurking in the background is the challenge of setting up an economy that delivers benefits to the mass of people. Recent forecasts of a sustained surge in economic growth mean the government should have more resources to share around.

Can the NLD therefore improve the quality of life for the tens of millions of Myanmar citizens who scrape by on a few thousand kyat per day? They often do backbreaking work, in extreme environments, with little prospect of greater reward. Improving their pay and conditions, even by 20 or 30 percent, would be a huge achievement.

Structural changes in the economy are another story again. Cronies, military-backed conglomerates and narco-warlords still exert over sized influence on the distribution of Myanmar’s wealth. It seems unlikely that the NLD can mount a full-frontal assault on any of these powerful interests, at least not in the short term.

Instead, they will need to find new mechanisms for gradually shifting economic conditions for the people-at-large. Because further reforms will not go smoothly, the NLD and its supporters will also need to get used to criticism.

A democratically elected government benefits when it is held to account. Non-NLD legislators, including from the USDP, have a unique responsibility in this regard. Their scrutiny of the government’s proposed laws should be thorough and professional.

The media, universities, NGOs, international organisations and foreign governments also have a role to play. As it grapples with tomorrow’s policy conundrums, the NLD will often deserve their close and critical attention.

Nicholas Farrelly is Director of the Myanmar Research Centre at the Australian National University and co-founder of New Mandala. His column appears in The Myanmar Times each Monday.