Last month there was some media discussion on a survey undertaken in Thailand about vote buying. Here is the AFP report in the Straits Times:

BANGKOK – MOST Thai people would be willing to accept money from election candidates to buy their votes in the politically divided kingdom, according to a poll published on Sunday.

Nearly 80 per cent of the respondents admitted vote-buying took place in their communities, said the Abac poll conducted by Assumption University, whose results were published on the English-language Bangkok Post website.

Of those surveyed, 53.2 per cent said they would take such electoral bribes.Another 40.2 per cent would not accept the money, while 6.6 per cent were non-committal, according to the survey of 2,604 eligible voters in 18 provinces of Thailand, where a national election is due some time this year. Nearly 70 per cent of those who said they would take the bribes were from the northeast – the heartland of Thailand’s anti-government ‘Red Shirts’ – while the next biggest group were those in Bangkok.

It will be interesting to watch how the persistent vote-buying narrative plays out in the coming months. I suspect that a statistical analysis would probably show that media discussion of vote buying is inversely correlated (sorry for the verbosity Vichai!) with the electoral prospects of the Democrat Party. As the electoral prospects of the Democrats improve, discussion of vote buying will abate. On the other hand, if the Democrats and their coalition partners look vulnerable, expect more surveys and opinion pieces highlighting the moral bankruptcy of the electorate. And if Pheua Thai succeed in forming government after the election the vote-buying bogeyman will be well-and-truly back in business. 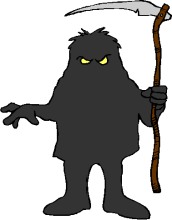