Rape and the pantomime of misogyny 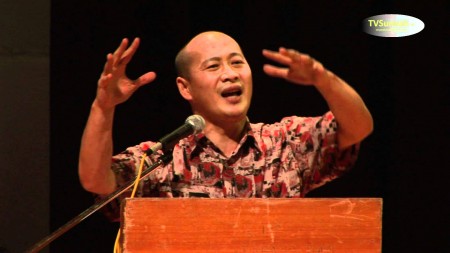 For better or worse, formal politics has been conceptualised as dramaturgy where politicians are actors who perform an ideological script.1 In Malaysia, the farcical tragicomedy of politics bears exaggerated elements of performance and dramaturgy which is why it may be useful to understand Malaysian politics as pantomime. In a pantomime, emotions are whipped to a frenzy when a villain or hero walks onto the stage. It is a theatrical mode that relies on the hyperbolic qualities of the hero, villain, and fool. It is through re-thinking Malaysian politics as a pantomime that we can perhaps understand its tacit and explicit endorsement of sexual violence against women.

Formal politics as pantomime is a little different from populist politics in that extreme views are attributed to political actors who are otherwise revered in person and for their other public accomplishments. But politics as pantomime shares a continuity with populism in that there is an acknowledgement that politics is artifice because the promotion of populist views may be necessary in spite of the politician’s own personal conviction. As a theatrical form, pantomime is open to a participating audience who may sing, heckle, and laugh. Despite their distance from political actors, there is an emotive register of the Malaysian public who react to the theatricality of Malaysian politics in the arena of public discourse.

As the impoverished cousin in the world of theatre, pantomime often lacks the nuances and narrative complexity of drama. Malaysian politics as pantomime involves not just the dramaturgical mechanism of politicians, but also a highly dramatic ideology and a ‘dramatised society’2 who are used to the narrative conventions of carnivalesque political intrigue played out across a continuum of the mass media, coffeeshop talk, and political speeches. What the Malaysian public is growing more accustomed to is the often perverse political theatre between the ruling government, its apparatuses of power, and the Opposition. The main plot in Malaysian politics is also reductive; a perennial preoccupation with religion and race. 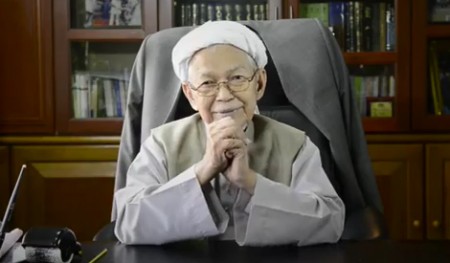 Anyone who is, for lack of a better word, privileged to know a high-profile Malaysian politician in person will know that politics in Malaysia is theatre. When the tributes eulogising the late spiritual leader of PAS, Nik Aziz, were building to a crescendo, an image of a beloved man and humble politician was constructed by those who knew him or came close enough to feel his ‘aura’. Was this the same man who declared in a sermon that women who refuse to dress modestly deserve to be raped? This is the man who was considered the ‘conscience of PAS’. We are then left to ask, where does the populist miming end and personal conviction begin? Criticisms of the Selangor Islamic Department’s endorsement of rape in a sermon, especially by a politician in Opposition, are not tolerated and construed as a ‘crime’ against Islamic ‘law’. A member of parliament from the Opposition who criticised, Chong Eng, was investigated by the police under an increasingly kafkaesque Section 298 of the penal code. More recently, the Islamic preacher and university lecturer, Ridhuan Tee Abdullah, was lambasted after arguing in his frequently inflammatory column in Sinar Harian that women’s bodies incite rape.

By suppressing a challenge to rape culture through framing the challenge as a critique of Islamic opinion, the dramatised society is forced yet again into the male sphere of action where male interests and narratives dominate, in this case the hegemonic interpretation of Islam. Being an outspoken misogynist as a justification for standing as a moral vanguard of the nation is a political statement in Malaysia, and so is the silence of more level-headed and ‘progressive’ politicians within UMNO. 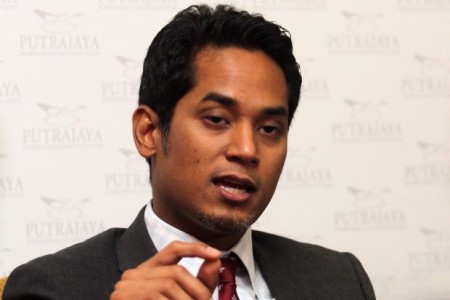 In private, level-headed and ‘progressive’ UMNO politicians may find rape-apologists in their midst repulsive but they are silent or apologetic about rape in order to be palatable to a socially conservative electorate. Meanwhile, the outrage of the Malaysian public is treated as a passing phase, perhaps to draw attention away from more pertinent but underreported bread-and-butter transformations that will impact the public.

There are potential perils in conceptualising Malaysian politics as a pantomime. While pantomime is used as a shorthand to understand the frequently carnivalesque public performances of Malaysian politicians, it is not a shorthand to presume an acceptance of a mode of governance. While the Malaysian public may believe in a politician’s policies and promises (or not), audiences of the theatre readily acknowledge the artifice on stage.

It needs to be said that the complete indifference to the realities of violence against women by men like the late Nik Aziz and Ridhuan Tee Abdullah is a clear demonstration of a masculine political culture where women’s critical voices are suppressed and silenced. Whether the masculine political culture is a heterosexual or queer one is still an ambiguous issue as the second conviction of Anwar Ibrahim for sodomy has boosted politicised support for his former sexual partner, Saiful Bukhari Azlan.

The pantomime of misogyny in Malaysia is a challenge for the Islamic feminist organisation, Sisters in Islam, particularly when rape and sexual violence are openly condoned by Muslim politicians and Islamic authorities. Functioning as a feminist NGO, it will continue to release public statements condemning explicit misogyny by political actors. However, Islamic feminism’s operations within a re-interpretation of Islamic texts to denounce sexual violence may be limited. The historical context and scripture surrounding the extraordinary legal condition that stipulates four male witnesses of a rape are too vague for an Islamic feminist critique of sexual violence in contemporary Malaysia.

Like the authentic effects of theatre on the viewer, the implications for the audience of the dramaturgical politician are very real. Audiences leave the theatre transformed by the experience, taking with them certain ‘truths’ imparted by an actor in a play. In Malaysia, the explicit and implicit defense of rape is part of a politician’s ideological script. It is part of a party line whose bigger project is to consolidate the link between morality and political service. In the meantime, every public endorsement of rape will have a ripple effect across society sending a message that women are to be blamed for sexual violence.

Alicia Izharuddin currently teaches at Open University Malaysia and edits Sarjana, an arts and humanities journal published by University of Malaya. She holds a PhD from the School of Oriental and African Studies (SOAS).