"Bantayog ng mga Bayani" (Monument of Heroes) A privately-run memorial that honors the heroes and martyrs during the Martial Law period. Image credit: the author.

Remembering martial law in the Philippines: Education and media

Every September, the Philippines remembers one of the darkest chapters in its history when the late dictator Ferdinand E. Marcos declared Martial Law in 1972.

Remembering Martial Law in the Philippines has always been a challenge. There are many reasons for this, with the late Jesuit sociologist Fr. John Carroll, S.J noting the Philippine’s lack of collective conscience and the solidarity of the elite, to which Marcos and his cronies belonged. On my part though, I will focus on a couple of factors that are closer to my area of work and experience: the failure of the educational system, and battle for memory in social media.

For the longest time, basic education has been the battleground for institutional memory for Martial Law, both in its representation in textbooks and how it was taught in class discussions. Historians and educators have long called for improvement in textbook writing in basic education, especially when it comes to the contentious topic of Martial Law. Some textbooks, for example, overly highlight the perceived achievements of the Marcos regime when it comes to infrastructure development. Several Marcos “myths” and other historically inaccurate assertions sometimes still find their way in books. In one textbook I reviewed, I noted how the writers copied an erroneous assertion from a heavily criticized post from the Official Gazette in September 11, 2016, which claimed that Marcos “stepped down” from the presidency, instead of being ousted by the 1986 People Power Revolution. The government’s communications department eventually edited that post.

More than the treatment in textbooks and discussions, there is also a prevailing problem when it comes to access to history education in the Philippines. In the educational reforms in 2013, Philippine History was removed from the high school curriculum. This left Filipino students with only two opportunities to learn Philippine history: in grade six when they are just eleven years old, or in their first year in college, should they wish to pursue learning in higher education institutions (HEI). However, the participation rate of Filipinos in HEI is only at 33%, meaning that two out of three Filipinos will not get a mature discussion of Philippine history. Seeing the need for greater access to learning Philippine history, several groups lobbied for Philippine History to be included again in the high school curriculum.

The battle for memory has also transcended the classroom in this age of social media. While Marcos apologists and historical revisionist have yet to engage social scientists in scholarly publications, pro-Marcos revisionist videos abound in social media. This is particularly potent and dangerous for a nation that has suffered from fake news proliferation in Facebook and related sites in the last five years.

The importance of properly remembering this period is becoming more urgent given the political climate in the country, with President Rodrigo Duterte being a close ally of the Marcoses, and even making possible the dictator’s burial at the Libingan ng mga Bayani (Heroes’ Cemetery). Just as alarming are the President’s Marcosian measures which have also been noted by human rights organizations and heavily criticized and opposed by civil society groups. 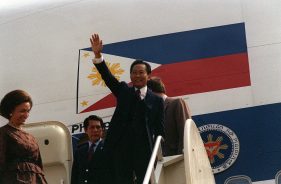 A dictator’s hero’s burial and the Philippines’ post-EDSA democratic crisis.

The pandemic has given new opportunities for learning, though. Given the six-month quarantine, many opportunities for learning have become available online. Educators, activists, historians and other social scientists have worked together this month to provide free webinars that make historical discussions more accessible to other educators and students. Many of the webinars for example, tackled different aspects of Martial Law, with some zeroing in on historical revisionism. It was also announced this week that the Philippines will finally be having its first state-sponsored museum dedicated to remembering Martial Law.

The challenge of remembering this critical period in Philippine history has never been greater, especially in this age of social media and pandemic. But the challenge must be faced, both for historical accuracy and justice. It is also important for the Philippine’s integrity as a nation since its Constitution highlights the values of human rights, democracy and social justice; values taken away from the Filipino people during the dark days of Martial Law. 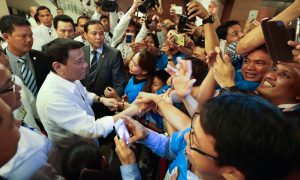 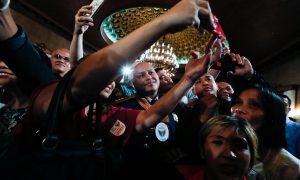