PoP guest blogger Greg Doyle reviews an important new book by art historian Wulan Dirgantoro, and reflects on the question of why female artists have been undervalued in modern and contemporary Indonesian art histories. Do visit and follow Perspectives on the Past’s Facebook page for a discussion on this hot button issue! 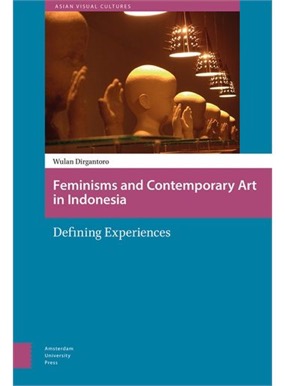 In Feminisms and Contemporary Art in Indonesia: Defining Experiences, art historian Dr Wulan Dirgantoro provides nuanced interpretations of several Indonesian female artists from colonial-era painters to contemporary performance artists. Drawing on both feminist and psychoanalytic theory, she calls for a recovery of historically under-valued female art and an active re-working of existing approaches to art history. She makes a valuable contribution to our understanding of her selected artists and to the theory of Indonesian art historiography more generally. Writing from an avowedly feminist perspective, Dirgantoro also brings into focus the specifically masculine values that she argues constitute the Indonesian art world.

I read this book hoping it would answer the questions of why there are relatively few women artists at the international level, and why the same few women artists keep getting called upon to represent Indonesian art. Dirgantoro does not engage specifically with these questions beyond asserting that, like the nation itself, the Indonesian art world is patriarchal and its value systems essentially masculinised. This world, she argues, has a particularly male gaze that that is uninterested in or discomfited by specifically female experience and desire. I found Dirgantoro’s analysis of the work of her chosen artists illuminating of the many challenges undoubtedly faced by female artists in Indonesia and of the gendered nature of Indonesian art history. 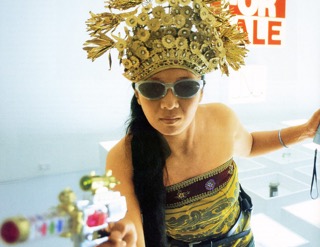 In her chapter on Arahmaiani and PEREK, Dirgantoro notes the unwillingness of Arahmaiani to be designated a feminist and the failure of PEREK to consistently pursue their self-declared feminist agenda. Arahmaiani is perhaps Indonesia’s most famous female artist and Dirgantoro provides a useful description of many of her major works, focussing on those that engage with the sacralisation of the female body through the transgression of her own. Noting that Arahmaiani’s work, ‘ticked all the right feminist/activist boxes in the West’ (p. 187), Dirgantoro problematises her international fame and her reluctance to identify with Western feminism. Arahmaiani has frequently pointed out that Western feminist goals like sexual liberation and self-fulfilment are not the same issues faced by women still suffering the effects of colonialism and an uneven modernity. Dirgantoro notes also that non-Western artists face different challenges, and highlights the difficulties Arahmaiani faces in not only critiquing Islam but protecting it from stigmatisation. 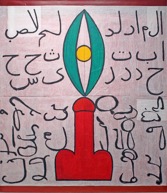 In her chapter on the often-sexualised work of Balinese artist IGAK Murniasih, Dirgantoro challenges contemporary and masculinist readings of Murniasih’s work as being essentially self-referential. She uses the theoretical lenses of the grotesque and the abject to argue that there are larger questions at stake in Murniasih’s work in much the same way that there is in the grotesquery of artists like Agus Suwage and Heri Dono, who are never accused of mere autobiography in the way women artists commonly are. This is a provocative interpretive strategy given that Murniasih stated that her work was autobiographical. However, drawing on Freudian ideas, Dirgantoro implies that there is always more to an art work than is available to the artist’s own interpretation or intentionality. In the case of Murniasih’s work, Dirgantoro argues for the availability of insights into female desire in the specifically Balinese context. 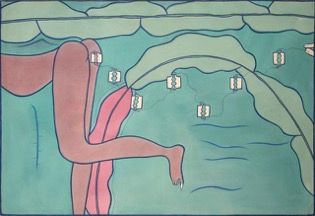 Patriarchy in the Indonesian Art World

Dirgantoro paints the Indonesian art world with a broad brush, asserting that it is an overtly patriarchal space defined by masculine values. However, as a researcher of one specific part of the Indonesian art world, namely the contemporary art world of Yogya, I have observed that male artists often defer to female knowledge, especially in the curatorial space. Given the importance of curatorial practice in shaping contemporary art, and the unequivocal historical evidence of gendered exclusion in the art world, this seems a significant development. Detailed analysis of patterns of influence, while inevitably uncovering powerful men, also show that there are important women shaping the Yogya art world. Although there are many more male than female working artists, especially at more senior levels, it is evident that some women play central roles in mediating and managing art. For example, it is common for Australian exhibitions of contemporary Indonesian art to consult women such as Farah Wardani, Neni Yustina, Alia Swastika and Grace Samboh. While the creation of art appears heavily gendered in Yogya, its selection and exhibition at the international level often draws on the expertise of women. Consequently, the relative absence of women artists at this level raises the question of whether the problem is not enough women producing art or that women’s art is not sufficiently valorised by art world tastemakers who themselves are often women.

During my last visit to Yogyakarta for several months in late 2017, I estimated that less than 1/3 of the art I saw was by women, including several non-Indonesian women on residencies. This was curious given that some 40 per cent of the students at Yogyakarta’s major art school are female. Although there is a strong supply of female artists there are evidently barriers to post-art school career progression. Commonly these barriers are attributed to family responsibilities. However, Dirgantoro points also to structural barriers like masculine patronage networks. Without naming names, she asserts that men control many resources necessary for success in the art world, including opportunities to be exhibited and have one’s work critically reviewed. Certainly, many exhibition spaces are controlled by men and men tend to dominate critical writing about art in Indonesia, though not exclusively so. However, given the number of influential women in the Yogyakarta contemporary art world the question arises as to whether it is individually powerful men as much as pervasively masculine art world values that inhibit the emergence of more female artists. Only detailed analysis of the curatorial decisions made by female tastemakers could possibly answer this question.

It cannot be for want of female voices that the curating and historiography of Indonesian art pose problems for Dirgantoro. Rather, she makes an implied argument that feminised spaces are not the same as feminist spaces. Dirgantoro is not simply concerned with female participation in the art world and in art historiography but with demonstrably political engagement by curators and writers with the reality of female experience. She states that, ‘feminism is a political discourse that critically engages with gendering’ (p. 27). This applies particularly to feminist art history. She also asserts that the measure of feminism is its effect. To be feminist is to be engaged in collective action towards radical transformation. For Dirgantoro, Indonesian curating and historiography are not sufficiently engaged with working towards such changes or with making a space for genuinely feminist artistic projects.

While Indonesia does sustain discourses regarding changing gender roles these do not necessarily emerge from, or defend, a feminist viewpoint. As Dirgantoro admits, even for Indonesian writers, curators and artists broadly interested in the political, social and cultural emancipation of women, feminism is a troubling term locally redolent with leftist and aggressively confrontationist implications. She notes, drawing on her own curatorial experience, that the presentation and discussion of art by women in Indonesia is often undertaken timidly and under cover of various euphemisms that occlude truly feminist readings. Although Indonesian women artists often reject the label of feminist, they have, according to Dirgantoro, often drawn on ostensibly feminist concerns in their work only to have those concerns diminished in the way their work has been discussed and represented. 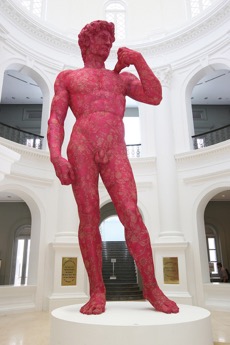 While no one would sensibly deny the patriarchal character of Indonesian society and culture, there do exist less oppressive spaces within the larger social order. I would argue that the contemporary art world in Yogyakarta is one such space. Despite the often-discussed presence of powerful men controlling art world resources in Yogyakarta, there also exist influential women capable of influencing artistic careers. More broadly there also exist successful female Indonesian artists, like Christine Aye Tjoe, Titarubi, Melati Suryodarmo, Astari Rasjid and Tintin Wulia, with major international art world recognition and success, all of whom demonstrate that high quality art can transcend whatever gendered structural constraints local art worlds possess, even if that needs to happen from outside of Indonesia.

Dirgantoro’s work is an important contribution both to reclaiming women’s art and rethinking how art history should engage with women’s artistic voices in Indonesia. However, although gendered power differentials clearly exist in the Indonesian art world, that world is also changing rapidly. The hierarchical art world of Mia Bustam and Emiria Sunassa, dominated by men like Sudjojono, has evolved into a globalised and pluralistic contemporary space in which new progressive, cosmopolitan and transnational values are emerging. There are also increasing numbers of lateral paths out of Indonesia and into international recognition for female artists. To the extent that the transnational art world takes equitable representation of gender, sexual and other marginalised identities and concerns more seriously, it will be interesting to see what effects flow through to the masculinised values of the Indonesian contemporary art world as described by Dirgantoro. 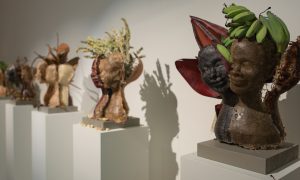