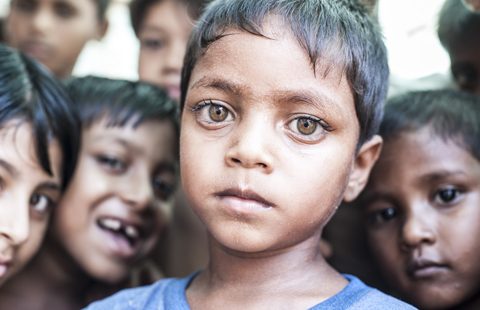 A young Rohingya boy. Myanmar’s minorities like the Rohingya have long-suffered human rights abuses. Photo by Steve Gumaer on flickr.

Here’s an idea that might give you a double-take. Southeast Asia could just be leading the way when it comes to the spread of human rights.

But before you spit that cup of Java over your computer monitor, tablet or phone in disbelief, consider this. Things are often greater than the sum of their parts.

And so it might prove with the Association of Southeast Asian Nations. Even though the ASEAN way is predicated upon a respect for member nations’ sovereignty, when it comes to human rights it could be a case of a slightly skewed Frank Sinatra – ‘we did it my way’.

In his book Davies argues that regional organisations – bodies fostering economic and political cooperation in specific zones across this vast blue sphere – are major players when it comes to getting states to genuinely commit to human rights.

The findings are based on Davies’ survey of three different case studies: the European Union and its relationship with Turkey; The Organization of American States and Panama; and ASEAN and Myanmar.

“While a lot of attention is paid to global organisations, regional organisations are just as, if not more, prominent when it comes to spreading human rights,” says Davies.

There was one common thread tying the patchwork approach together though – in each case the question of membership to a regional organisation was critical to getting states on board with human rights.

“States were being denied membership to promote change, or they were offered that membership in the hope of change. States that became members were then exposed to a whole range of different pressures as the organisation evolved,” says Davies.

To find out more, read a full write up on Davies’ new book at the ANU College of Asia and the Pacific website.