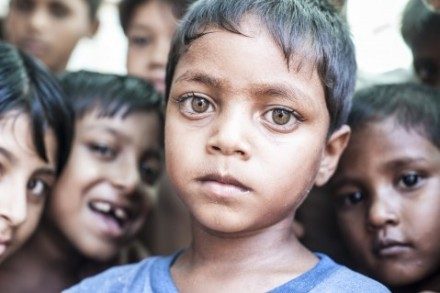 Rohingya crisis: nothing from nothing As expected, Friday’s Bangkok summit on the Asian migrant crisis achieved nothing. It shows that states that can’t help others, can’t help themselves, writes Mathew Davies.

The meeting on the Rohingya crisis, or to be accurate the Special Meeting on Irregular Migration in the Indian Ocean (so called because Myanmar threatened to not attend if the word Rohingya was used) was another master-class in a Southeast Asian speciality; expelling a lot of hot air for precious little forward progress.

Seventeen states, including many ASEAN members, Australia and representatives from various United Nations agencies, came together in Bangkok on Friday May 29 to review the humanitarian crisis, the most recent manifestation of which has been the thousands of people trapped at sea and which has grabbed the world’s attention.

The migration crisis has been ongoing in Southeast Asia for years. The causes of it are complex and interlinked, but three stand out as of particular significance.

First the flow of people from Bangladesh and especially Myanmar; Bangladeshi economic migrants are seeking better lives, those from Myanmar are best understood as refugees fleeing government persecution in fear for their lives. The Rohingya are but one of the groups that has left Myanmar – a particularly repressed one who are denied citizenship and, if they stay in Myanmar, rounded up into what effectively are internment camps.

Second the growth in organised people smuggling that has taken advantage of the desperation of those two groups and spread across the region both facilitating and profiting from the flow of people. It is these groups that have abandoned people at sea and are the almost certain cause of the mass graves of migrants found recently in Malaysia near the Thai border, adding to the already discovered chain of graves uncovered in Thailand.

Finally the uncoordinated response of states in and beyond the region to these flows of people has exacerbated the problem and hindered any solution. The Thai government’s crackdown on people smugglers closed the borders and pushed the boats southwards, towards both Malaysia and our headlines. The chaotic shifts in policy, swinging between accepting the boats and rejecting them, only furthered confusion.

While it was unlikely the meeting in Bangkok would ever meet the expectations placed upon it, to be meaningful it would have to have at least started the process of addressing each of these causes.

The press release shows some engagement with these issues, but in such a general way as to be more platitude than policy, designed not for those still at sea or in the hands of smugglers but for those expectantly watching from overseas.

Most worryingly, but not at all surprisingly, Myanmar categorically refused to discuss its role as a cause for the crisis. The head of Myanmar’s delegation, Htit Lynn noted that ‘finger-pointing will not serve any purpose and take us nowhere’, an attitude that has lead to widespread criticism from both politicians and civil society. And while a section of the final press release suggests cooperation on the ‘root cause’ it crafts no actual policy to address that, nor even specifies what those causes may be. There are, of course, no international mechanisms created and no review procedures put in place.

States also came to no agreement on a regional policy on how to deal with those who have already made landfall in Indonesia and Malaysia, or indeed those who live in camps along the Myanmar-Thai border, let alone those displaced within Myanmar who are ignored completely as they haven’t had the good fortune to be ignored in another country yet.

Malaysia and Indonesia have both taken in recent boat arrivals, but are moving to immediately repatriate the Bangladeshi migrants and say that the Rohingya can only stay for a year, pending a permanent solution. With the Abbott government’s ‘nope nope nope’ policy on accepting the Rohingya, Australia can neither play a part as a solution nor in any meaningful way help other states craft a solution.

The ongoing failure to deal with the crisis has obvious humanitarian consequences, counted not on the abstract statistics of bodies found in the jungle or drownings at sea but in the misery, degradation and fear etched into the faces of those lucky enough to arrive before a waiting camera.

But there are also political consequences too often forgotten but just as troubling.

The absence of a meaningful regional policy means the issue of migration, whether by economic migrants or refugees, remains a source of continued tension between states.

Australia’s approach of ‘it is someone else’s problem’ just begets the same policy elsewhere, creating ripples of dissatisfaction between states across the region, including ourselves. If Australia is truly interested in a strong, stable and resilient Southeast Asia then exacerbating these tensions, either actively through our own policies or indirectly through losing the ability to craft regional solutions, is strategic folly of the highest order.

Even if we set aside the moral argument, it is not only in the interests of refugees and migrants for there to be strong working regional solutions to their plight, it is also categorically in our own self-interest.

The failure at Bangkok then was not only a failure to help others, it was a failure of all states who attended to help themselves.