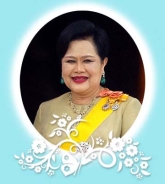 The Thai queen has marked her birthday by returning to one of her popular themes – the magical relationship between forest cover and water supplies. Today’s online edition of The Nation leads with this story:

In a speech on the occasion of her 75th birthday, HM the Queen said she had campaigned vigorously against deforestation for decades but the efforts seemed to be fruitless. If the country’s forest land continues to be destroyed, supplies of fresh water will rapidly dwindle and run out in the next two decades, she said. Her Majesty urged the government and the public to help preserve existing forests and promote new forest plantations so that people will not suffer from droughts in the near future. If the situation is not properly managed, the country might be forced to buy water from other nations and the poor will suffer the most, she warned. “During the [July 2-11] state visit to Russia, I saw lots of forest plantations along the way. If that’s not useful, why have the people done it over there?”

If the Russians are doing it then it must be right! (I wonder what fellow royal Tsar Nicholas II would have to say about that.) But I beg to differ. Whatever the benefits of forest cover, increased water supply is not one of them. In fact forests are big users of water and tree plantations (given their rapid growth in the early years) can be particularly thirsty water users.

Sustainable environmental policy is a high priority for Thailand. These sorts of ill-informed interventions don’t help in achieving that outcome. Rather they contribute to the persistence of popular, but misleading, narratives that target upland farmers as the culprits when it comes to downstream water shortages. This nicely diverts attention away from the very great increases in water demand that have occured in recent decades in Thailand’s agricultural, industrial and urban systems.