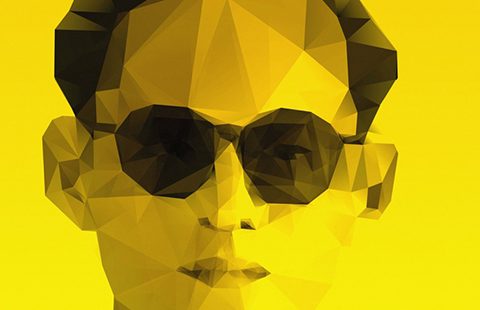 Chatwadee Rose Amornpat, a Thai charged with lese majeste, makes an impassioned plea for the future of her country.

The royal motorcade that whisked the Thai royal couple from Siriraj Hospital to their seaside palace of Hua Hin on 10 May 2015 gave Thais and the wider world a rare and powerful glimpse of a worsening state of affairs.

The photos that the royal household released for the public do not look like the king and queen that most Thai people are familiar with. In particular, a lot of people are puzzled by the photo of the queen, who looks younger than her last known photo released to the public. It was widely reported in the underground media that the photos were from old stock and recently touched up professionally. If not, was the alleged queen a double or possibly even a fake?

During the past three years, the royal couple, or the so-called ‘Soul of the Nation’ haven’t uttered a word to the public, let alone been shown together discussing issues of common interest. The king’s customary New Year’s speech has been replaced by a written statement, often read by Princess Sirindhorn, a potential heir to the throne who is currently running day-to-day royal affairs.

The usual reasoning for the king’s absence from his New Year speech is that he is too weak. But we do not really know if the king and/or the queen are alive or dead, because most of the photos or video are old.

Progressive Thais are disturbed by the release of old photos of the royals claiming that they were recent events. What do they have to hide? Why can’t the royalists be sincere to the Thai people? Why are the royals so secretive about their illness or death? After all, Thai taxpayers have been footing their palace expenses including food and bodyguards for decades.

Four years ago the king declared that he could live to 120 years and that he was determined to do so. The Thai media reported the news with jubilation. Was the announcement a prelude to his immortality? Because of Thailand’s repressive lese majeste laws, his impossible claim of living to 120 cannot be treated as a joke. In any case, foreign media failed to pick up the news of his incredible longevity.

But jokes aside, the royal family has good cause to keep their head alive for as long as possible. He is a money maker. The king is not only the world’s longest-serving monarch; he is the world’s richest, and by a long shot.

As shown by Forbes, his vast holdings are held by the Crown Property Bureau (CPB), which manages the palace’s investments, holds enormous amounts of land across Thailand, as well as stakes in many of the nation’s biggest companies including Siam Cement and Siam Commercial Bank. It gives the king a net worth of around US$30 billion.

But he apparently also owns a lot of rare assets, including gold and jewels. In 2014, Billionaire Newswire reported that King Bhumpibol has in his possession some 9,000 tons of solid gold, worth around some US$350 billion dollars.

The death of the king could certainly jeopardise the billions of dollars that are now scattered throughout the world in the forms of direct or indirect investments or through proxies.

Scores of loyal royalists close to the monarchy would also in trouble if the king died. Their entitlements and unlimited privileges, such as tax free status no matter how much income they make, as well as millions and millions of taxpayer money that go to support them, could disappear.

Thus, the privy councilors and the inner circle of the royals will do anything and everything unethically and deceptively to fool the Thai people. The army is also complicit in this process.

The monarchy and the Army have colluded in all of Thailand’s 19 coups during the past 60 years. Each time, the king pardons the coup maker and endorses a new constitution. Each constitution provides the monarchy more privileges and more power, making it possible for the monarchy to flourish. In the recent coup, General Prayuth Chan-ocha, abrogated the constitution except all articles relating to the monarch and lese majeste law.

The monarchy and the Army share the wealth of the national budget in any way they wish, because after a coup, the monarchy will always approve the declaration of martial law which gives unlimited power to the Army.

Last October, members of the junta, supposedly to show their good faith in staging the coup, declared their personal assets. General Prayuth, has assets totaling 128 million Thai baht or roughly US$4 million dollars. He has been a career Army officer all his life. His top pay as an army general was only $40,000 a year.

General Prayuth appreciates that during peacetime or crisis, members of the royal family are always in the limelight in Thai society, acting as if they are kind and caring when in fact, they have not done a thing for the Thai people. Their royal outfits are spotless with decorative pins and trappings as if to show poor Thais they are from heaven.

To promote their good image, news about them is broadcast free of charge on government owned radio and television stations. They also have their exclusive prime time 8 pm royal news slot on all television channels.

If one is critical of the royal family, he or she will be subject of lese majeste charge – a charge that can be filed by anyone and anywhere. The police will be obligated to launch an investigation which ultimately results in a filing of such a hideous charge by a prosecutor. Failure to do so may be deemed a dereliction of duty and constitute the offence of lese majeste as well.

Such a barbaric law has separated families and caused loved ones chaos and despair.

In the light of the sanctions imposed by many civilized nations against the Thai generals who staged the latest coup, news about unemployment, of murder and suicide are ubiquitous. Yet, the military and the monarchy could not care less.

Thailand is now staring down the barrel of continued dictatorship. Thailand badly needs help from international leaders and sustained pressure to end this cycle of oppression and bring an urgent end to lese majeste.