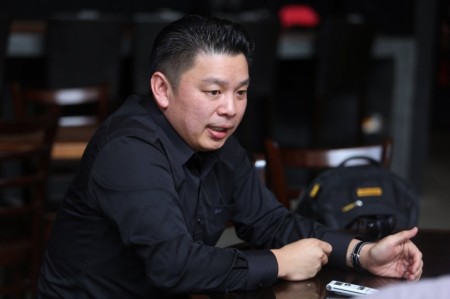 New Mandala readers in the Canberra have often engaged politicians and civil society activists from Peninsular Malaysia when they visit the Australian National University. Visitors from East Malaysia are a rarity. That is about to change come 25th June 2014. Two of Sabah’s most prominent leaders — one a veteran and the other a promising star — will be making their way to the ANU.

East Malaysia (Sabah and Sarawak) have become a critical factor in determining who will form government, or more dramatically, if Malaysia’s current borders will remain intact.

How will Sabah shape Malaysia’s future? Will it remain the ruling party’s ‘fixed deposit’? Will it secede?

Historically, politics in Sabah have been turbulent at the local level, but stable at the federal level i.e. in national elections, Sabahans have nearly always provided the National Front (Barisan Nasional: BN) with a strong mandate – so much so that it is one of three states considered a ‘fixed deposit’ for the ruling party (the other being Sarawak and UMNO’s birthplace — Johor). In the 2013 general elections, the BN won 22 of 25 parliamentary seats.

But persistent poverty, breakdown in law and order and recent developments have weakened the BN’s, especially the United Malays National Organisation’s (UMNO) influence in Sabah.

In early 2013, a rag-tag bunch of armed militants from the Southern Philippines “invaded” Sabah, led by a claimant to the throne of the Sulu Sultanate. Kidnappings are a regular feature. Around the same time Sabah was the subject of a Royal Commission of Inquiry into the granting of citizenship and voting rights to tens of thousands of migrants from Indonesia and southern Philippines – findings are expected shortly. And with a large Christian population Sabah has also been at the centre of recent religious conflicts, including federal government attempts to restrict the use of ‘Allah’ to Muslims.

Might these developments allow opposition parties to make significant inroads? And could the strong “local” UMNO presence in Sabah influence national policies in the future?

Dr. Jeffrey Kitingan is the State Reform Party (STAR) chief and assemblyman for Bingkor. Dr Kitingan, a Harvard graduate with a PhD in Political Economics, the younger brother of Pairin Kitingan, has been active in Sabah politics for decades in both government and opposition parties. Darell Leiking is Parti Keadilan Rakyat (PKR: Peoples Justice Party) Member of Parliament for Penampang. Mr Leiking is a lawyer by profession, and became a member of parliament at the recent 2013 general election.

This promises to be an exciting forum.

Details of the forum are as follows: