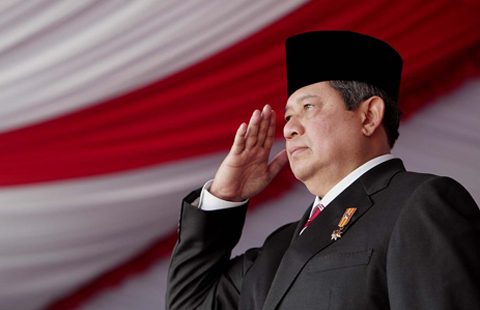 Limited by the constitution to two terms, Yudhoyono will hand over power to his successor Joko Widodo (popularly called “Jokowi”) who was elected in July. This constitutes the fourth peaceful transfer of presidential power in Indonesia since the country embarked on its democratic transition in 1998. For a nation that had seen its first two presidents overthrown in a wave of bloodshed, this is a remarkable achievement.

With Yudhoyono set to leave office, it is not surprising that heated debates about his legacy have emerged. Has Yudhoyono created a politically stable and economically prosperous democracy that is now the envy of an increasingly unsettled international community? Or has he missed the opportunity to take Indonesia to the next level, presiding over institutional stagnation rather than pushing for further reform? As is so often the case, the answer is not clear-cut, with Yudhoyono’s report card featuring both significant achievements and failures.

To begin with, there is no doubt that Yudhoyono’s presidency has been a period of unprecedented stability. Yudhoyono served longer than any of his democratic predecessors, and the length of his rule exceeded that of Indonesia’s first experiment with democracy between 1950 and 1957. During his rule, the level of communal violence declined, the 30-year civil war in Aceh was ended, and there were few intra-elite conflicts that would have threatened the stability of the country’s political and civil order.

Economically, Indonesia’s achievements under Yudhoyono’s rule look impressive as well. The economy grew at an average rate of around five per cent for a decade, per capita income tripled in that period, and the country joined the exclusive club of one-trillion-dollar economies.

In international affairs, Yudhoyono put Indonesia back on the map of regional and global powers. Indonesia’s leadership of ASEAN was undisputed under Yudhoyono’s rule, and the country was admitted to the G20, giving it a permanent and very visible role on the world stage.

But behind the fa├зade of these successes, many of Indonesia’s structural problems have remained unaddressed. Indeed, the price Yudhoyono had to pay for maintaining overall stability was political stasis – he stayed away from launching potentially risky reforms that could have alienated one of his many coalition partners. As a result, Yudhoyono entrenched the status quo and neglected urgently needed initiatives for change.

One of the areas Indonesia has made little progress in is that of high-level political corruption. Pay-to-play arrangements, favouritism and collusion continue to drive the decision-making process in the political, economic and legal spheres. Yudhoyono’s own Democratic Party has been a particular focal point of such practices. Last week, yet another of the party’s senior executives – the Energy and Mineral Resources Minister Jero Wacik – was indicted for corrupting close to a million dollars from his department. The party’s chairman and treasurer had already been arrested over other cases.

Critically, Indonesia has also witnessed the erosion of religious minority rights under Yudhoyono’s rule. Reluctant to Islamic parties in his coalition, Yudhoyono allowed conservative Muslim groups to push for a new religious orthodoxy that eschewed liberal and moderate thought. Subsequently, radical militias began to attack members of the Ahmadi sect, Shiites and non-Muslim groups. Given this record, Yudhoyono’s critics were outraged when he was presented with an international religious tolerance award in 2013.

Similarly, international praise for Indonesia’s strong economic statistics has masked the fact that many ordinary citizens have not benefitted from the country’s economic growth. Much of Indonesia’s growth is fuelled by the capital-intensive commodities sector, which has produced large company profits but few additional jobs. Consequently, more than 60 per cent of Indonesians remain trapped in the informal sector, and 43 per cent continue to live on less than two dollars a day.

Critics have also pointed out that Yudhoyono failed to develop Indonesia’s infrastructure, leaving behind an out-of-date system of roads, ports and electricity networks. Under his government, Indonesia spent less than four per cent of its GDP on infrastructure development – half of what long-time ruler Suharto invested in the 1990s, and well below China’s average annual investment of around nine per cent. It’s no surprise Yudyohono’s successor Jokowi has identified the reform of Indonesia’s antiquated infrastructure as one of his main challenges.

A key reason for Yudhoyono’s failure to raise sufficient funds for infrastructure development was the maintenance of wasteful energy subsidies under his rule. In 2014, Indonesia spent US$ 33 billion on energy subsidies (fuel and electricity), which constituted 21 per cent of total government expenditure. These subsidies mostly benefit the middle class, and have long been criticised as nonsensical by economists. While aware of their irrationality, Yudhoyono feared that reducing the subsidies would lower his popularity, and he therefore decided to leave them in place.

Thus, Yudhoyono leaves behind a legacy that appears imposing at the macro-level but is problematic in many of the detailed policy fields that determine Indonesia’s overall direction. Given the importance of this complex legacy, this year’s Indonesia Update conference, to be held on 19 and 20 September at The Australian National University, will assess the Yudhoyono years.

The conference brings together distinguished scholars and practitioners to evaluate Yudhoyono’s legacy in the fields of politics, the economy, foreign affairs, the environment, gender relations, and others. It will be the first major attempt of a systematic examination of Yudhoyono’s rule and the challenges facing the incoming Jokowi government.

Whatever the final judgment on Yudhoyono will be, it is clear that he has been a key figure of contemporary Indonesian history, and he will continue to draw controversial assessments in the years to come.

Dr Marcus Mietzner is an associate professor in the Department of Political and Social Change at the Australian National University’s College of Asia and the Pacific.

Details for the 2014 Indonesia Update are available at http://bit.ly/2014IndoUpdate