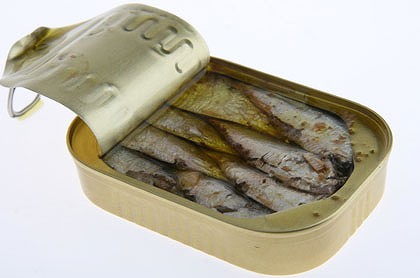 One sociologically fascinating aspect of recent political conflict in Thailand is the (re-)emergence of what might be called “narrative sedition”. Despite heavy handed legal action by the Thai government, there appears to be an active subculture of seditious story-telling, much of it taking place on the internet. Facebook is now the medium of choice for scurrilous pamphleteering.

One long series of seditious tales is generating some intense interest. The Hi S Tales are available in the form of a long series of Facebook posts. My understanding is that they were initially provided on the Fa Diaw Kan web board, and then moved to the Weareallhuman website.

So far, the Hi S Tales comprise 181 episodes. The main characters are the owners of a canned fish factory–Uncle and Aunty–along with their four children, their spouses, and a number of their grandchildren. Other characters, mainly among the management and the workers, vary according to the changing events in the factory. The main themes in the Tales include the good image of Uncle’s family, how his family tries to maintain control over the factory’s affairs, power struggles among different factions in the management team, and negotiation between management and the workers. The stories are full of jealousy, revenge, hatred and conspiracy among the main players who attempt to overcome those who block their paths to power. At the same time the stories emphasise the attempts of the factory’s owners to maintain their good image so that the workers will forever pledge their support and loyalty.

After about 10 or so episodes the Tales focus on the canned fish factory. There are many stories about conflict in the factory and the workers’ uprising to call for equal rights. The stories became tensely dramatic in 2010. The stories present the view that XXX/Somchai/Uncle and his wife were behind the expulsion of the factory’s previous manager and wanted to maintain their absolute management power and position of respect within the factory. The author writes that Uncle and Aunty manipulate the situation by backing the current management team, and their security guards, against the factory workers. The ultimate management victory involved strategic planning by the CEOs and plots and counter-plots to overturn the current bottom-up management style.

However, the Tales portray some differences between Uncle and Aunty on how to implement their vision. Uncle Somchai prefers a gradual and consensual approach which he has successfully used since becoming chairman about 60 years ago. However Aunty prefers a more forceful approach.

There is also conflict between Uncle, Aunty, and their son over the issue of the factory’s next chairman. Given Uncle’s fragile health and advanced age, everyone at the factory is concerned about who should be the next chairman. Aunty used to support her son but has realised that he may not be a good choice to maintain the family’s wealth and power in the longer term. Now she wants to control the factory herself. However, Uncle does not seem happy with either option and may try to hold power as long as he can and possibly change the factory’s rules to facilitate the promotion of his second daughter.

Aunty’s role in the Tales has become increasingly prominent. Given that Aunty wants to seize absolute control of the factory and the workers, she has collaborated with different people in the factory using a carrot-and stick strategy. She is able to manipulate the appointment of members of the management group so they can serve her ends. There are stories about her close relationship with a leader of a faction of the workers who still support the current CEOs.

Aunty and Uncle’s children are not inactive in these unfolding events. In fact, they also seek out opportunities to reap their benefit. While colourful stories of their only son are well known, their second daughter has been regarded as being rather passive. However, the Tales introduce the second daughter’s “dark side” and suggest that she is not as na├пve as some people in the factory may think. Recently, the Tales have suggested that this daughter is also involved in a plan with senior management to construct the next management structure in a way that is beneficial to her position.

Clearly these Tales, replete with rumour, gossip, outrageous claims, innuendo, word play, double-entendre and flights of fancy, are an act of sedition. As a work of fiction, the Tales will probably cause less discomfort for royal watchers than Woody’s extraordinary real life performance with Princess Chulabhorn, but given what seems to be an avid readership they must be having some political effect. When the time comes, evaluating this political effect will be a fascinating topic for detailed research.