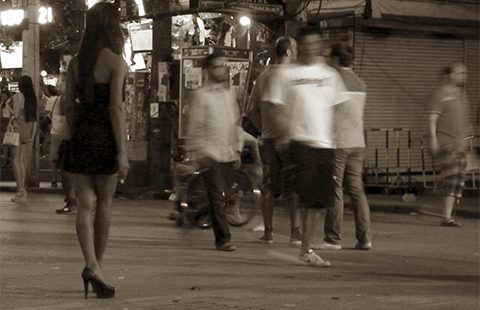 Talk of robots only distracts from the real issues in the sex trade and unfairly labels prostitution as the problem.

At first, the tale of the doomed Second International Congress on Love and Sex with Robots was notable mainly for the Malaysian authorities’ customary missing of the point.

So far, so relatively predictable.

But then we heard from the Campaign Against Sex Robots (CASR), founded approximately a month-and- a-half ago. Its director, Kathleen Richardson, has insisted in numerous interviews that she is not calling for a ban on said robots, but instead wants to spark a debate.

It’s curious, then, that her campaign welcomes the cancellation of an event dedicated to discussion, particularly discussion of ethics and gender. And it’s sad that a UK-based academic, who can pretty much take freedom of expression for granted, welcomes yet another setback for academic freedom in Malaysia.

The Campaign bases its opposition primarily on the existence of paid sexual interactions between humans. Its concern is that increased access to sex robots will encourage men to dehumanise and sexually objectify real-life women and children. The Campaign Against Sex Robots is essentially a campaign against the sex industry.

As such, Richardson recycles the usual tactics we’ve come to expect from prohibitionists, albeit from an original angle. Her guest post for New Mandala begins with sweeping generalisations about what she terms “the selling of women.”

Shedding the academic rigour that one might expect of a university researcher, she makes reference-free assertions. “NGOs” have identified the sex industry as a “critical problem”; the extent of this problem is confined to an estimate of the number of sex workers in Malaysia, with no information whatsoever on their circumstances or working conditions. This is followed by the conflation of adult women with children.

Exploitation, whether of children or of adults, is not unique to the sex industry. Take domestic workers, for example – many experience mistreatment, including sexual abuse, by employers in Southeast Asia, and some domestic workers are under the age of 18. Despite these issues, we don’t hear calls for the banning of either domestic work or robot cleaners.

Richardson claims that her quest is as important as the abolition of colonial slavery in the 1800s, but in so doing, she adds to the media buzz that obscures the existence of slavery and trafficking outside of the sex industry.

The website for the Campaign Against Sex Robots links to numerous organisations which seek to abolish the sex industry, generally favouring the criminalisation of clients, a strategy known to place sex workers at greater risk.

The International Justice Mission (endorsed by the Campaign, and praised by high-profile personalities such as Nicholas Kristof) has long collaborated with police on brothel raids in Asia, but post-raid forced detentions of sex workers rarely get headlines. Violence from police is reported by sex workers across the world, but it goes unchallenged by campaigners who rely on carceral initiatives to “rescue” them.

Rarely are sex workers consulted on what would benefit them; instead, the prohibitionist movement appoints itself as the best qualified to make decisions, while employing a range of silencing tactics against those dissenters who stand to be most affected – sex workers themselves.

Meanwhile in Malaysia, police violence against the transgender community has increased since a court ruling earlier this month dismissed a constitutional review of Section 66, which criminalises crossdressing. The targeting of transgender women has included the arrests of sex workers both by immigration officers posing as clients, and by religious police.

In a climate of institutionalised transphobia and the resulting limitations to employment opportunities, sex work is one of few means by which trans people can support themselves. The ongoing human rights abuses deserve more column inches than a cancelled conference.

To address the oppression of sex workers, we need to reject the notion that sex work is in and of itself a “critical problem”. People engage in sex work due to a range of circumstances, have diverse experiences, and express diverse feelings about those experiences.

The only feature inherent to the whole thing is the exchange of sexual services for payment. The actual critical problems sex workers identify include criminalisation, violence, stigma, and lack of economic alternatives.

Sex workers around the world are emphatic in their opposition to initiatives which drive them farther into the shadows and increase their vulnerability; instead, they demand decriminalisation, and their inclusion in every decision that affects them.

It’s a novel tactic to divert the conversation towards robots, but in the end, it’s just another derailing from the safety and justice that real, marginalised human beings are being denied.

Nine is a writer, editor, DJ and cat sitter based in Kuala Lumpur. She is cofounder of radical zine distro Biawak Gemok, which raises funds for Justice For Sisters, and tweets at @supernowoczesna.