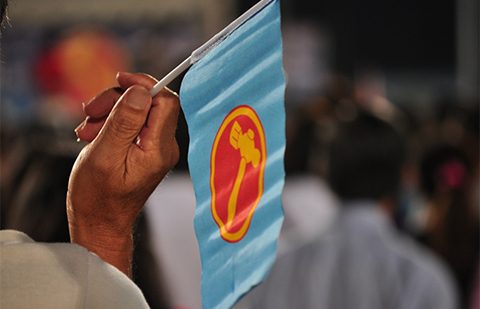 Is the landslide election victory of the long-ruling People’s Action Party’s a reverse for democracy?

The voters have spoken.

In addition, the PAP also wrestled back the Punggol East Single-Member Constituency (SMC) from the main opposition Worker’s Party (WP). There will be only six elected opposition members of parliament, down from seven, out of a total of 89 MPs.

By all accounts, this was a totally unexpected landslide victory for the PAP.[1] Many close observers of Singapore politics had expected the PAP’s vote share to increase marginally by at most 5 percentage points, on account of the new and weak opposition political parties, and the “feel-good” feelings from the nation’s 50th anniversary celebrations.

The death of Lee Kuan Yew earlier in the year may also have brought the ruling party some votes from voters who were sympathetic to the argument for the need of a strong mandate for the PAP. But certainly no one expected a bumper increase of nearly 10 percentage points, much less contemplated the loss of one seat for the WP.[2]

The WP was actually expected to make further seat gains through Fengshan SMC and East Coast Group Representative Constituency (GRC). In the end, the PAP won both constituencies comfortably, with its vote share at 57.52 per cent and 60.73 per cent in those constituencies respectively.

These results came against the odds of anecdotal readings of online media, as well as popular imaginations on the ground. The WP’s rallies were very well attended, with the final rally filling the entire Bedok Stadium.

Much was also made of the surprising rehabilitation of Dr Chee Soon Juan of the Singapore Democratic Party (SDP). His rally speeches posted online drew positive remarks, and there were long queues for his signature in his books after SDP’s rallies.

So how did these surprising results came about? That is the key puzzle that will capture the attention of analysts over the next few days, weeks and months.

There is already speculation that the voters’ “flight to safety” herd behaviour was observed because of the broader context of regional and global economic uncertainties, among other reasons.[4] As always, in the absence of critical polling data, there will be plenty of theories but little evidence to adjudicate them.

In any case, these results call into question some of the claims that commentators and scholars have made recently about trends in Singapore politics. At the moment, there is no systematic evidence that the youth vote significantly affects political change in the country in any way.[5]

There is also scant evidence that Singaporeans support a gradual movement towards a more democratic society.[6] Moreover, Michael Barr’s recent claim[7] that the PAP’s elitist narrative of Singapore’s exceptionalism has “collapsed” or has been “mortally wounded” appears overwhelmingly premature. If anything, the results from GE2015 have demonstrated that Singaporeans are entirely comfortable with an elite group of “natural aristocrats” governing them for the next 50 years.[8]

The implications of these results are clear for the PAP.

Singaporeans have fully bought into the trustee-ship model of political governance.[9] The party are legitimate stewards of the country.

Esteemed journalism professor Cherian George suggests that the results should be interpreted as a “massive triumph” for the PAP, that it should stay its course in its economic policies, and that the results justify and legitimize its arbitrary powers in suppressing its liberal critics.[10]

More liberal commentators like Sudhir argue that PAP’s stronger mandate means “the continued dominance of the rich and the elites,” although it is also likely to be “the surest road to social instability in the country.”[11]

There are also major implications for the numerous opposition political parties in Singapore.

The respective party leaders will have to decide whether to coalesce to present a united front, or close shop altogether. Either way, it will be a difficult choice to make.

For the more ideologically coherent Singapore Democratic Party, its priorities lie in attracting more credible members and candidates like the well-respected Dr Paul Tambyah, Professor of Medicine at the National University of Singapore. If and when it is able to assemble a credible ‘A’ team, then it may snag a chance of winning its own GRC, just like the WP did in Aljunied.

The results have been most disappointing for the WP. It hung on to its prized Aljunied GRC only by a thread, garnering only 50.95 per cent of the votes in the constituency.

It is now back to the drawing board for them for the next five years.

Elvin Ong is a PhD graduate student in the Department of Political Science at Emory University. He can be reached at [email protected].