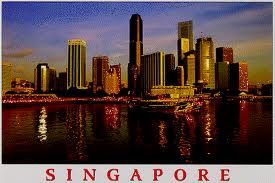 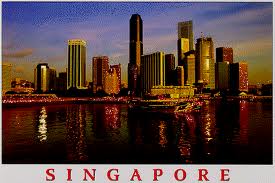 On 26 August 2012, during his annual National Day Rally speech, Singapore’s Prime Minister announced that he wanted to have a “national conversation” about the three themes that he mentioned in his speech – Heart, Hope and Home. Most recently, it was announced that Education Minister Heng Swee Keat would be the chairperson for the committee facilitating this “national conversation”, which is expected to involve thousands of members of the public. Various observers have commented that such an attempt at engaging the public amounts to no less than a massive effort for Singaporeans to do some serious “soul-searching”, to ask themselves what they want for their country now that the days of obsession with economic growth and development is a thing of the past.

While proponents have lauded the government’s endeavour to engage the hitherto politically apathetic Singaporean public, there have been no shortage of critics of the regime who are all eager to point out the flaws in such committee-driven forms of engagement.

First, prominent Singaporean blogger and civil society activist Alex Au argues that there would be little changes in processes and outcomes from similar past committee-driven public engagement. He suggests that “the process is flawed because it is hierarchical, insider-driven, like-minded selective, with no way to create public buy-in of its findings, simply because of its closed-door process.” Past committees generated rubber-stamped proposals that did little to tweak the existing status quo.

Second, even the prominent pro-establishment Chua Mui Hoong, Opinion Editor of the government-controlled Straits Times newspapers, expressed her disappointment at the makeup of the 23-member “national conversation” committee in a recent op-ed. Including the chairperson Mr Heng, there are eight People’s Action Party (PAP) ministers and MPs. No civil society activists and members of the opposition party are included. When quizzed on why no such personalities were present, Mr Heng replied that “This is not a partisan exercise.” One wonders if Mr Heng realized the irony in his reply that by excluding them he was exactly engaging in a “partisan” exercise?

Ironies aside, how this “national conversation” will pan out is anybody’s guess. Will the final recommendations in its report lead to any significant changes in the substance of governance, political institutions and the political process? Will any sacred cows in public policy be slayed? Will it serve to win back the trust of voters for the PAP after its historically low vote-share and loss of the Aljunied group representative constituency in last year’s general election?

One thing is clear – the establishment will have a very difficult time trying to silence its critics no matter how genuine and sincere they may be about this “national conversation.”

Elvin Ong from Singapore has studied at St Antony’s College, University of Oxford.