A new statue of Chao Anouvong, the last king of the Vientiane monarchy (r. 1804-28), is set to be unveiled in Vientiane in a ceremony on Sunday (stretching into Monday). Here are some pictures, sent in by a kind reader. Two things come immediately to mind when looking at the statue. First, it is very, very large. Eight metres tall, in fact. And, second, Chao Anouvong is seriously muscular. His chest looks like it has benefited from many years of press-ups or perhaps exercising with a chest expander, of the kind Prince Souphanouvong liked to use (you can see pictures of him exercising in the National Sports Committee Museum, among other places).

The large and muscular bearing of the statue rhymes with the robust and courageous image of Anouvong portrayed in Lao historiography. As the Vientiane Times said a few days ago: “Chao Anouvong … proved to be one of the bravest kings in Lao history, fighting against Siamese dominance without surrender from 1826-1828”. The irony, of course, is that the Chao Anouvong rebellion was a terrible failure.

But as Australians know well, Laos is hardly the only country to base a key national myth on a crushing military defeat. Out of defeat may grow glory. Indeed, Lao folk have been having some fun with Anouvong’s imposing appearance. An observer in Laos relates:

Lao people are joking that the floods in Thailand are because of Chao Anouvong scaring Thao Suranaree whose tears, or wet pants depending on the version being told, are dampening the countryside.

Thao Suranaree or Ya Mo was the woman who, in Thai historiography, supposedly brought the Anouvong rebellion down in Korat. Reversing the Lao joke, perhaps Anouvong has been made so large and muscular in order to regain his – and Laos’ – manhood after being so comprehensively defeated, and emasculated, at the hands of a woman? 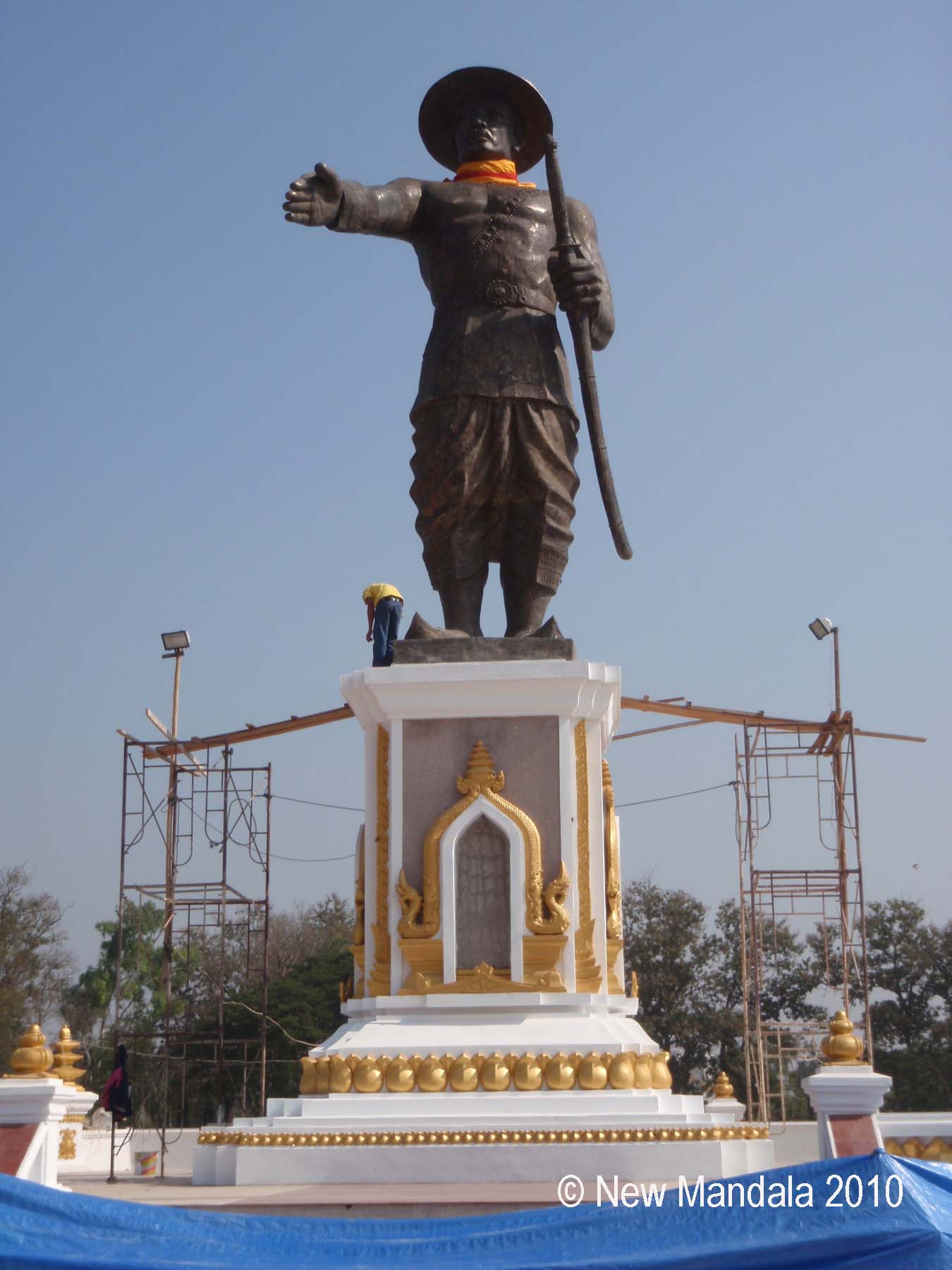