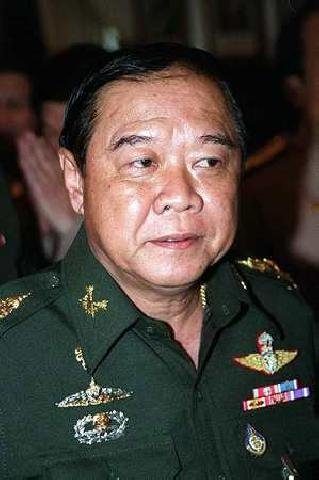 From a distance, it feels like post-coup politics in Thailand is heating back up. Efforts to neuter former Prime Minister Yingluck Shinawatra’s chances of a political comeback are hitting the mark. Her enemies don’t want a charismatic Shinawatra anywhere near the top jobs.

At the same time, the United States is being called out by Thailand’s generals for the apparently harsh tone of its recent observations about the state of Thai democracy. To my ears, the Americans were just calling a spade a spade.

But that’s not how General Prayuth heard it. He told the media:

I am a soldier with a democratic heart. I seized power because I wanted democracy to live on…

What should we make of these statements? Do we doubt the general’s sincerity?

Just this week, clampdowns on important democratic forums, like this one, are rolling along. There are also new additions to the long list of concerns about limitations on Internet discussions.

For 2014, Freedom House gave Thailand an abruptly downgraded score; the biggest drop anywhere. Given all of the military’s work to strangle the opposition and stamp out dissent, it would be hard to quibble with the Freedom House assessment.

The problem for Thailand’s military rulers (and their sympathisers) is that they don’t much like being called a dictatorship. They get irritated at the assertion that their 22 May 2014 coup or the earlier effort on 19 September 2006 were undemocratic initiatives. They hold to the notion that some coups are democratic, worthy, even righteous.

In our world of infinite spin and media massage, General Prayuth and his key allies, including General Prawit Wongsuwon, must be struggling to maintain a straight face.

It doesn’t help when General Prawit is forced to deny rumours of negotiations with deposed former Prime Minister Thaksin Shinawatra. Whatever he says, the fact of political life in Thailand, and elsewhere, is that there is always the prospect of a deal.

To understand why that matters in Thailand the idea of the “un-state” introduced a few years by Craig Reynolds deserves further attention. It suggests that the entire Thai political system is shaped by pushes-and-pulls. For now, General Prayuth and General Prawit need to push much harder if they want to convince skeptics of their democratic zeal.

Nicholas Farrelly is the co-founder of New Mandala. In 2013 he published an article on Thailand’s “elite coup culture“.