Somsak’s open letter to the princess 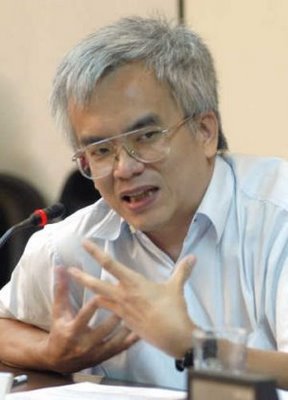 [It has been widely reported that the charges brought against historian Somsak Jeamteerasakul relate to an open letter he wrote to Princess Chulabhorn. The original Thai version of the letter is here. This translation has been provided by a New Mandala reader, Michael Sloggett. We hope to provide the translation of a second open letter, dated April 5 2011, shortly. ]

Somsak Jeamteerasakul: open letter to Her Royal Highness Princess Chulabhorn Walailak on the matter of “justice”

I understand that when using the Royal Language to address superiors at the level of “chao fa”, such words are used as “khor phraratchathan krab thun sap fa phrabat” and “tai fa phrabat”, and one refers to oneself as “kha phraphuttachao” However, 1) this is an article for public debate, which is intended to be read easily and 2) “tai fa phrabat”, you yourself have a number of statuses, including the status of an academic/lecturer like myself. I have chosen to address you in this status for convenience. In other sections of this article, I have chosen to use only as many royal words as necessary for politeness — but for the sake of convenience, not in every sentence or every possible case.

I was greatly interested by the interview given by Your Highness on the “Woody Koet Ma Khui” show, as reported on newspaper front pages, and in particular “Khao Sot”, which I use as a reference in this article (http://goo.gl/vv3Rb).

However, there is an important fundamental issue with the interview that I see as worthy of an exchange of views with Your Highness and the public.

As reported, Your Highness stated in one part of the interview that:

Honestly, I’d like to ask for a short time, just 5 or 10 minutes from the [TV] programs, to show the royal activities performed by them [the King and Queen]. Have pity on them. They work wholeheartedly, caring for every detail of all work they undertake. They are concerned about the unity of Thais, hoping that we can live harmoniously. Thais must be strong for the nation to continue its advancement. I want both of them to receive the justice they deserve.

Your Highness’s call for “justice” for His Majesty the King and Her Majesty the Queen was the headlining point for those newspapers that reported on the interview.

In my view, the problem is that giving an interview in which you call for “justice” for their Majesties — and giving this interview personally — is itself “unjust”, or in simple terms, “unfair”, if we take the commonly accepted meaning of the word.

To explain, while it is true that Your Highness (Princess Chulabhorn) is not covered under Section 112 of the Criminal Code, known as the “Lèse majesté” law, nonetheless given the custom in cases past of applying an extremely broad interpretation to this law, and in a context where Thais are subject from childhood to a system of one-sided public relations and inculcation relating to the activities of all royals, regardless of level (and including Princess Chulabhorn), and where such public relations and inculcation have never been opened to scrutiny, review or argument, the result is that it is unlikely anybody would dare to criticise even an interview such as this from Your Highness (Princess Chulabhorn) — especially given that, as the content of the interview relates to the King and Queen, who are covered by Section 112, any criticism of the content of the interview would unavoidably also allude to their Majesties (such as whether they have or have not been “justly” treated, and so on).

According to the principle followed today throughout the civilized world, when a public person makes a public expression of opinion on a public matter, such as is the case in this interview, the opportunity must be available for public review, expression of disagreement and even argument. Denying such opportunity is held to be “unfair” or “unjust”.

In the Thai context, considering both the legal and the public relations / inculcation aspects already mentioned, this interview calling for “justice” therefore becomes another part of the system of one-sided public relations and inculcation relating to royal activities, unable to be scrutinized, reviewed or debated, and implicitly “unjust”.

More than a few “royalists” like to argue that the “Lèse majesté” law and the prohibition on criticism, argument and scrutiny in relation to the one-sided public relations and inculcation about the activities of all royals exist because the royals themselves are not in a position to argue against or counter such scrutiny and criticism (they generally say “He or She is not able to retort” and so it is necessary for the State to “retort” via the Lèse majesté law, which is harsh to a degree beyond that allowed by any civilised country).

In fact, this “reasoning” (or this argument) is without reason from the start, because it is a case of backwards reasoning, claiming the outcome as the justification.

The call for there to be review and scrutiny (accountability) in relation to royalty has arisen as a result of royals assuming a massive public role in all areas, with a system of one-sided public relations and one-sided inculcation supporting and promoting such a role. By the standard generally accepted throughout the civilised world (including Thailand in other instances) all public roles of public persons, as well as public relations and inculcation of this type, must be able to be subject to discussion, scrutiny, argument and even demands for accountability from the start.

Given the existence of these factors [public role, PR, inculcation], when “royalists” respond to calls for accountability in relation to them by claiming that this is unallowable because royals “are not able to themselves retort”, it is therefore an appeal to the outcome, an outcome that arises from violating the principles governing these matters from the start.

That all democratic countries still having royals as Heads of State disallow a public role for royals and disallow one-sided public relations and one-sided inculcation of citizens with regards to royals (as seen in Thailand since the Sarit dictatorship era), is because they hold that any public role, along with public relations and inculcation on any matter, must be subject to public control, discussion, scrutiny and accountability from the outset.

Thai “royalists” have allowed the violation of principles governing public roles, public relations and inculcation (which are public issues) relating to royalty without prior discussion and scrutiny, which (to borrow the words of Her Highness) must be considered “unjust”. However, in response to calls to abide by these principles and put an end to this “unjust” situation, they resort to claiming that “royals are unable to retort”, which is to respond in a manner seeking to preserve the pre-existing “unjust” situation. “Justice” therefore cannot be claimed as a rationale.

Simply put, they are claiming that “it is unjust for people to criticise because the royals cannot retort”. The truth is that the wish of people to criticise stems from the fact that Thai society has first allowed “injustice” to occur, namely by allowing a massive public role for royals and a system of one-sided public relations and inculcation in its support, with no accountability. No civilised country would allow this “injustice” to occur. From the outset it was a violation of the principles that Thailand itself applies to all kinds of public matters.