New Mandala Associate Editor Mish Khan trails through the past fortnight in Southeast Asia to bring you the wonderful, the weird and the overlooked.

This week she brings you unholy insults, wacky witchcraft, blank space and a hint of change.

Duterte scolded for potty mouth after insulting Pope
Popular Philippines presidential candidate and Davao City Mayor, Rodrigo Duterte, has promised to start a swear jar after meeting with Archbishop Romulo Valles at the Bishop’s Palace on Friday. Duterte admitted that he was “admonished and lectured on my Christian values,” including his tendency to swear profusely.

Duterte promised to donate PHP 1,000 (or US$ 21.20) per profanity to the Catholic Church’s charity Caritas, and urged both reporters and the Church to keep track of his expletives.

However, before the end of his brief interview, Duterte had already sworn twice, being fined PHP 2,000.

Last week, the colourful mayor raised hairs in the predominantly Catholic country after insulting the Pope for causing a traffic jam during his visit earlier in the year. Duterte claimed “I wanted to call him and say, f**k you Pope, go home.” He later explained on Facebook that his frustration was directed towards government incompetence in addressing Metro Manila’s insufferable traffic problem. Ex-Malaysian diplomat charms no-one with revolting witchcraft effort
Former diplomat Muhammad Rizalman bin Ismail, who worked with the Malaysian High Commission in New Zealand in 2014, is facing the NZ High Court on sexual assault charges after he stalked a local woman home and defecated outside her house, in a ‘black magic’ ritual to make her fall in love with him. He later broke into her room, unclothed from the waist down.

Upon his arrest, Rizalman invoked diplomatic immunity and fled to Malaysia. After a formal extradition request by New Zealand, he returned to face court.

Rizalman has denied being under the influence of drugs during the incident. He justifies following the woman home because she “smiled at him”, and claims “in his culture” this is a signal from a woman to be pursued by a man.

The incident has caused outrage in Malaysia, with people questioning why Rizalman was allowed to ascend to a diplomatic posting.

One comment on Malaysiakini read “…you have shown yourself to be the foulest, most disgusting scum of Malaysian society… In your pathetic attempt at saving your skin, you have put Malaysian women in very poor light by using your sex-sodden, putrefying brain to fabricate the utterly incredulous notion that, in Malaysia, a woman’s smile is an invitation to follow her.” 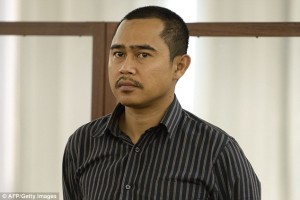 Sensitive articles scrapped in Thailand
In censorship-stricken Thailand, a lot can be read from a blank space. Last week, printers in Thailand redacted articles from the International New York Times twice, leaving gaping holes in the publication’s pages.

Last Tuesday’s front page was missing an article titled ‘Thai spirits sagging with the economy’, which described a “moribund economy, pessimism after years of political turmoil and concern about the royal succession.” The Thai printing company responsible had deemed the article “inappropriate” and “sensitive”.

Two days later, the opinion page of the newspaper was missing a critical op-ed on the role and recommended reforms of the Crown Property Bureau. In a statement, INYT spokeswoman Eileen Murphy wrote: “This second incident in a week clearly demonstrates the regrettable lack of press freedom in the country. Readers in Thailand do not have full and open access to journalism, a fundamental right that should be afforded to all citizens.”

Earlier in September, Eastern Printing declined to print the International New York Times in its entirety as its Asia edition featured a story about King Bhumibol Adulyadej’s health issues. In October, the newspaper announced it would cease publication in Thailand by the end of the year, citing business reasons. 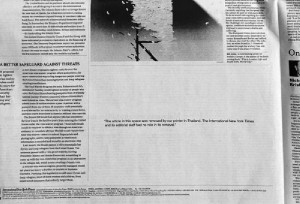 Reaction to the legislation has been mixed. However, for the estimated 500,000 transgender Vietnamese, the announcement was welcome news after two years of tireless lobbying by activists.

LGBT issues remain taboo in largely conservative Vietnam, where government has been sending mixed message on where exactly it seeks to take the trajectory. Same sex marriage has not been illegal since 2013, yet is not recognised either. Activists hope this recent breakthrough in transgender rights will bring the required traction to address wider LGBT questions. 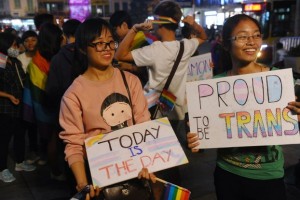 Mish Khan is Associate Editor at New Mandala and an Asian studies/law student at the Australian National University.