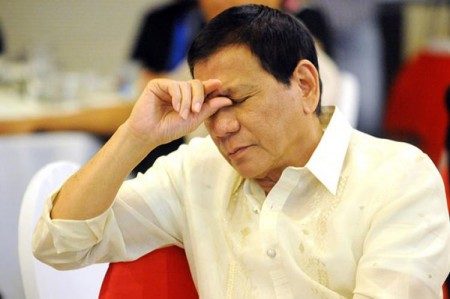 New Mandala Associate Editor Mish Khan trails through the past fortnight in Southeast Asia to bring you the bizarre, the bad and the bungled from the region.

From death-squads to derivatives
Philippines presidential candidate Duterte, amid his crusade on crime, drugs and corruption, has risen to tackle the most nefarious problem of all: high school mathematics. Recently denouncing calculus, trigonometry and algebra as impractical, Duterte complained that they should be removed from the curriculum and replaced with Business Mathematics.

Duterte, who admits he failed economics, said “learning unnecessary numbers and signs in Mathematics does not serve any useful purpose” and that “drawing lines up and down makes me dizzy,” in reference to drawing line graphs.

He emphasised that students should not “be pressured in school with “sine, cosine” as these are not applicable when they go job-hunting and said the current maths curriculum causes unnecessary anxiety.

This latest addition to his platform annoyed netizens who said such subjects were vital for science, technology and engineering disciplines. 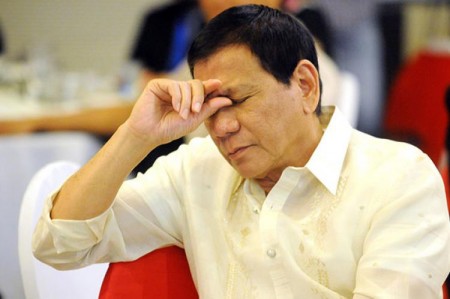 Thai man barks up the wrong tree
By now, you may have heard the absurd tale of 27-year-old Thanakorn Siripaiboon, who faces lese majeste charges for comments made online about King Bhumibol Aduyajdej’s favourite pet dog Thongdaeng.

Article 112 of the Thai Penal Code deems any critical commentary against the royal family a crime. However, this is the first instance of the widely-exploited law being stretched to apply to household pets.

Since the coup of 2006 the number of lese majeste cases have ratcheted up, and 43 out of 56 cases brought forward in the past two years involved online activity. This reflects tightening censorship in Thailand, particularly online, where citizens are now being arrested for merely “liking” a Facebook post.

Thanakorn also faces separate charges under Section 116 of the Penal Code for online posts alleging that members of the ruling National Council for Peace and Order are involved in corruption. If found guilty of all charges, Thanakorn faces 37 years in prison. NOW Director Akmal Nasir demanded to know from YaPEIM why a federal religious charity organisation needed the high-end sports centre and what the costs of running the centre were, stating that such purchases were not relevant to the body’s mission statement to empower the poor and uplift orphans.

NOW has been a vocal critic of the misuse of public funds designated to YaPEIM, recently exposing questionably exorbitant trips and courses conducted by the group’s officials overseas.

This latest drama angered Malaysian commenters online, while others joked that teaching underprivileged orphans to play golf could improve their chances of escaping poverty. The use of cheap and safe app-based transportation services in Indonesia, such as GoJek, have surged over the past few years due to lack of reliable public transit. Transportation Minister Ignatius Jonan declared that app-based motorcycle taxi services could not be used as public transport due to a failure to meet safety standards, which sparked public outcry and unleashed a trending social media campaign to #SaveGojek.

Jokowi announced his personal objection to the ban and stressed the need for innovative start-ups that met the need of the public, which prompted the Transport Ministry to withdraw the ban on Friday.