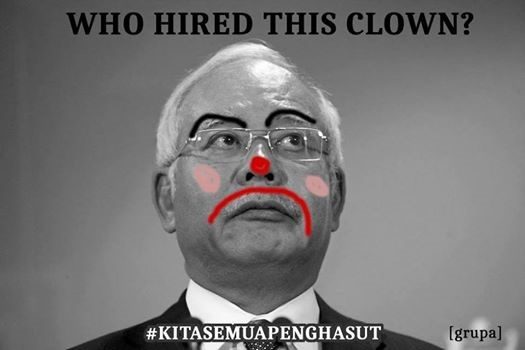 This week she brings you controversy over cards in Thailand, seditious circus-goers, and clamoring over kisses

An unorganised raid on not-so-organised crime
Over 50 Thai authorities, including army officials and local police, conducted a raid in South Pattaya after receiving a tip-off about a “regular gathering of foreign nationals at a rented apartment.”

The formidable organisation turned out to be none other than the Jomtien & Pattaya Bridge Club, where a group of elderly foreigners meet three times a week to play the card game “bridge”. Although there was no gambling involved, officials arrested all 32 participants for violating Section 8 of the Playing Cards Act 1935 which declares that an individual “may not possess more than 120 playing cards at any one time.”

Officers also seized computers, decks of cards and a book with results of past games.

The elderly participants were detained at Pattaya Police Station for 12 hours, and were made to each pay 5,000 Baht in bail. They were also forced to sign false declarations saying they had been gambling.

However, police decided not to charge the group after being persuaded by the President of the Thai bridge league, who traveled to Pattaya to “provide further information on bridge” and how it is “played for points and not money”.

Najib left red-nosed as netizens clown around
Caricatures depicting Malaysia’s Prime Minister Najib Razak in clown face have gone viral, as netizens share images across the web in solidarity with an artist whose social media was placed under police surveillance. 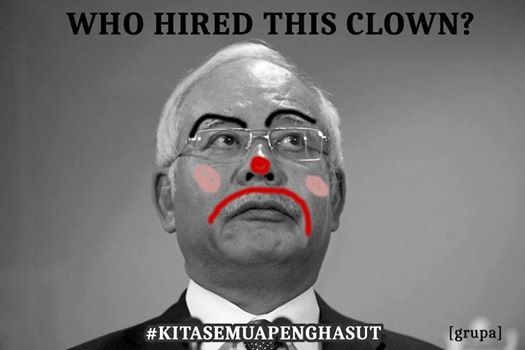 Fahmi Reza had tweeted the original portrait of Najib with clown-like features, as part of a campaign against Malaysia’s heavily criticised sedition act. Malaysia’s Police Cyber Investigation Response Centre then tweeted at him, warning him to use his account more “responsibly” and “in compliance with Malaysian laws” and informing him that they were now monitoring his account.

The warning promptly backfired. In an outpouring of protest, other clown-faced images of Najib were shared across the hashtag #kitasemuapenghasut (we are all seditious) accompanied by criticisms of the political and corruption scandals involving the Prime Minister, who was recently cleared of all wrongdoing in the infamous 1MDB scandal.

Prayers and players for peace
Indonesia’s police have collaborated with an app-designer to release an educational smartphone game based on the recent Jakarta terrorist attacks.

Tumpas Terrorist (Destroy Terrorists) features seven levels set at various locations around Jakarta, such as the Hotel Indonesia roundabout. Players can fire their slingshots at a crudely photoshopped image of Afif Sunakim, one of the attackers from the incident, to build up points whilst avoiding being shot.

When Afif is shot multiple times, he rotates sideways and is covered in blood, a graphic that “looks like it was added using MS Paint.” Each level also features educational slogans such as “Let’s keep Indonesia safe from threats” and “Terrorism is not jihad. Terrorism does not recognise any religion” as well as the famous hashtag #KamiTidakTakut (We are not afraid).

The game is targeted at ages “three and upwards”. “It’s among the ways we are trying to make children more aware of terrorism,” said National Police spokesman General Anton Charliyan.

It’s a polling booth, not a kissing booth
The Philippine’s ‘Dirty Harry’ may have gotten a tad too dirty last Friday as presidential candidate Rodrigo Duterte came under fire for going on a “kissing spree” of female supporters in Pampanga.

The behaviour was criticised as crass and of poor character. Said Duterte, “I haven’t been to a place where I’ve kissed as many girls. Lips to lips, even with tongue, because it’s delicious. Never mind if I lose, as long as I get to kiss all the beautiful women.

“What does kissing have to do with graft and corruption?

“That’s how people talk when they have no libido.”

Campaigning for the hectic 2016 Philippine elections began last Tuesday, and voters are set to hit the polls on Monday, 9 May.