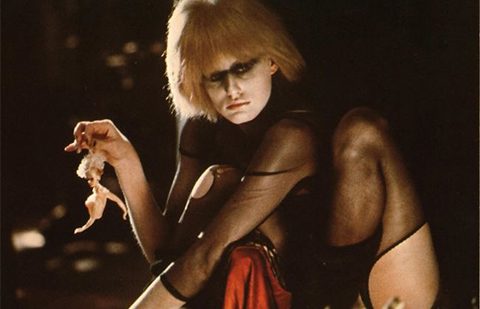 This week she brings you the silly and the sublime (and a little sex) from Malaysia, Thailand, the Philippines and Myanmar.

Sex with robots conference banned in Malaysia
Malaysia’s Inspector-General of Police declared on Tuesday that an international conference examining sex with robots, to be held in Iskandar during November, is illegal.

Organisers claim that the event, ’Love and Sex with Robots’ was not meant to advocate intercourse with the machines, and was simply an academic discussion.

The Campaign Against Sex Robots labelled the authorities’ decision to ban the symposium as “welcome news considering the significance of the sex trade in Malaysia.”

With emerging technologies like teledildonics (sex toys controlled remotely), exploring the ethics behind robot sex might not be that ridiculous, particularly for a region as riddled by the sex industry as Southeast Asia.

Read more about the campaign’s ideas at https://campaignagainstsexrobots.wordpress.com/about/

Let me tell you about the birds and the bees and the bots… Photo: Bjork at MOMA on flickr https://www.flickr.com/photos/[email protected]/16788143741/in/photostream/

Thailand targets ‘booze selfies’
After unhappy accusations that Thailand’s celebrities have been using Instagram to promote popular beer brand Chang, authorities have cracked down on those violating the 2008 Alcohol Control Act.

Section 32 prohibits any effort to “encourage people indirectly” to drink alcohol. Over 30 celebrities are currently under investigation.

Samarn Futrakul, head of the Alcohol Control Board and the chief author of the act, insisted private citizens are also forbidden from posting photos with alcohol for commercial purposes.

“If they have no intention to do that, they won’t be guilty,” said Samarn. “However, people shouldn’t post photos of themselves with alcoholic beverages anyway, because it’s a sinful product. It’s an immoral product. They shouldn’t pose with that product, because it’s not good for them.”

Deputy police chief Pongsapat Pongcharoen warned, “The Royal Thai Police has an agency that monitors social media. We monitor every website. If it fits the definition, it will be considered wrongdoing.”

Circus in town in Manila
Bored of waiting for Game of Thrones to come off hiatus? Look no further than Manila for an equally entertaining clash of kings.

Aspiring candidates had until today to file a candidacy certificate to be listed on the ballot for the Philippine’s 2016 election. Here are some of the cream of the crop currently dominating the nation’s Twittersphere:

Pastor Eric Negapatan, an evangelical church pastor who claims he was the one to actually discover titanium.

Arturo Pacheco of Balic-balic, Manila, wants the country to become the 51st state of the United States. Reyes said one of his platform is to “legalise the American four seasons fall winter, spring, and summer.”

Then there’s waiter Allan Carreon, also an intergalactic space ambassador, who was urged to run by aliens who communicated with him via Facebook. Rather temptingly, he plans to provide free WiFi for all. While the filing period provides some well-needed mirth, the real ballot will read less chaotic. The electoral commission will review all candidates and release a final list on December 10.

Myanmar’s military sink their teeth into timelines
Triple checking your Facebook privacy settings is a great tool to stop ex-partners, extended family and co-workers from seeing what you share online.

But if you’re from Myanmar, where freedom of speech can be more farce than fact, it also helps prevent the military from trawling through your timeline.

A 25- year- old activist was arrested Tuesday night for sharing a Facebook post comparing the colour of the new military uniforms to a traditional skirt worn by Daw Aung San Suu Kyi, adding a caption “Why not wear pieces of her htamein as bandanas if you love her so much?” In Myanmar, it is considered an insult to imply that a man would wear a woman’s skirt. Superstitions say that this erodes a man’s virility.

Chaw Sandi Htun was charged under Section 34(d) of the Electronic Communications Law, which vaguely prohibits defamation through the Internet.