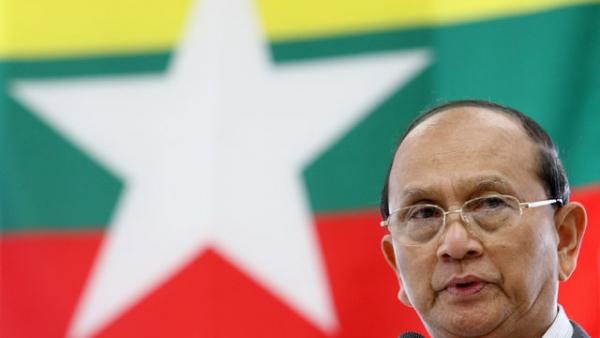 This week she brings you racy Facebook posts from Myanmar, heartbreak in Thailand, and Malaysia’s tirade against free speech.

Phallic Facebook fiasco thrusts Myanmar poet under defamation charge
A Yangon-based poet is on the run from Myanmar authorities, after posting a poem to Facebook which included the lines: “I have the president’s portrait tattooed on my penis / How disgusted my wife is.”

Maung Saungkha, the 23-year-old director of the Poetry Lover Organization, learned that the President’s Office Director Zaw Htay shared the risqué rhyme and added the comment “(Saungkha) should be prepared to take responsibility.”

Police arrived at his home the same evening, but Saungkha had already fled. There are some places a president’s likeness should not pop up.

He is being charged under Article 66(d) of the Telecommunications Law, or the Defamation Law. This follows the recent arrest of Chaw Sandi Thun under the same law for sharing a Facebook post, raising concerns of an emerging trend.

Saungkha claims the verse was meant to be ambiguous about oppressive authority and is not intended to defame Myanmar’s president Thein Sein. “The government doesn’t understand poetry. They are afraid of poets as poetry carries public voices.”

He says the poem was inspired by a recent surge of viral images featuring Aung San Suu Kyi tattoos. “If people have tattoos of those they love on their chests, I wondered where they might put a tattoo of someone they hate. Then I wrote the poem.”

Malaysia complains that free speech exists
Malaysia is under threat, and new media is the bully.

“In the context of Malaysia, it’s obvious how the manipulation of new media has been co-opted to cause instability and chaos.” Salleh explained that the “unregulated” nature of new media has “opened the floodgates” to acts of character assassinations, lies, and propaganda against the federal government.

He complained that these types of views are “no longer confined to an individual’s personal opinion” but can now be shared and accessed on social media and online channels, blaming this accessibility for widespread negativity about the current government.

Salleh responded to a Human Rights Watch Report released Wednesday that found media, civil society and social media users are increasingly targeted for peaceful expression in Malaysia by claiming the report was exaggerated. “The Malaysian police have not been shooting people on the streets every day and there are no waves of arrest like, maybe, in the past.”

Junta loves me, loves me not
Thai authorities arrested and pressed sedition charges against an elderly school teacher on Sunday, following an incident in March where he offered flowers to an anti-government protester. He was detained by immigration officials as he prepared to leave for a holiday in Laos.

77-year-old Preecha Kaewbanpaew was one of many to offer flowers to Pansak Srithep, a prominent pro-democracy activist whose son was killed by the military in 2010. Pansak was leading a three-day march in protest of military courts being used in civilian cases. Preecha is being charged under Article 116 of the Criminal Code, and the violation of the National Council for Peace and Order (NCPO)’s Order No. 7/2014 for “participating in a political gathering of more than five people”.

Unaware he was even wanted by police, Preecha faces up to seven years’ imprisonment.

In Thailand, where democracy has historically struggled to blossom, the military government are notorious for cracking down on critics of its legitimacy. Lese majeste and sedition laws vaguely and broadly allow for outspoken citizens to be sentenced for years in prison.

Ironically, an infographic published by pro-democracy website Prachatai that aimed to succinctly depict actions that could be considered illegal under these sections of the Criminal Code, upset the junta. Military officers approached the editor Thaweeporn Kuwetha, informing her “the graphic was too vague and might cause misunderstanding.”

#PHVote2016: a snappy summary of PhilPol
It’s been non-stop frenzy in the Philippines, with campaign fever hitting hard in the build up to May 2016 elections.

On Tuesday, Senator Miriam Santiago lashed out at critics raising concerns that if elected, the Presidential aspirant will be unable to properly lead due to her health, exclaiming “Why are you so nasty?”

Santiago, who is afflicted by stage four lung cancer, has refused numerous requests to disclose her medical records publically. Responding to a critic who said she would be unable to complete a six year term, Santiago profoundly declared that “life is uncertain anyway,” rebuking that “she could die anytime should she get hit by a bus”.

Santiago has also come under fire for her choice of running mate, Senator Ferdinand “Bongbong” Marcos Jr, son of ousted dictator Ferdinand Marcos. Bongbong has been widely criticised for remaining unapologetic for his father’s regime, under which widespread corruption and human rights abuses occurred.