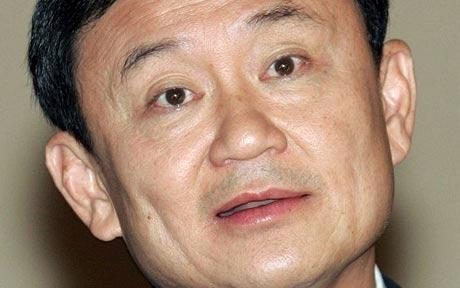 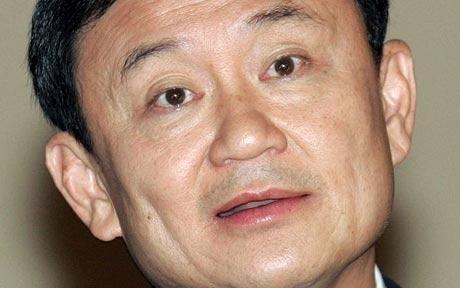 Anti-corruption has been a poster child of anti-democratic groups in Thailand since 2005.

Now, as the Thai economy crumbles and dissent grows, an anti-corruption campaign is the only lifeline for the ruling NCPO. Supposedly, it confirms the junta’s superior moral standard when compared to elected politicians.

Since the May 2014 coup, the NCPO has adopted harsh measures to eradicate corruption, and General Prayuth Chan-ocha, NCPO head, constantly repeats his intention to fight against dishonesty in public office.

Unsurprisingly, the main target of the NCPO’s anti-corruption campaign has been former Prime Minister Yingluck Shinawatra.

After being overthrown by a constitutional court ruling before the coup, Yingluck was retroactively impeached by the junta-appointed National Legislative Assembly (NLA) in August for suspicion of corruption in a rice-subsidy scheme she oversaw as PM. The scheme operated at a loss and cost the state several million baht.

A criminal case against her was filed with the Supreme Court, and she now faces a possible 10 years in jail. For civil compensation, the NCPO avoided a lengthy judicial process by commissioning an ad hoc tribunal under the Government Tort Act. Under this, a large part of Yingluck’s assets could be confiscated – an outcome that could cripple the future political ambitions of both her, and her brother Thaksin Shinawatra.

But the NCPO’s anti-corruption campaign has gone further than holding Yingluck to account.

After coming to power, Prayuth was given instant impunity from section 44 of the Interim Constitution, allowing him to overrule any law and regulation at his will. In addition, the NCPO, upon receiving a list of suspected civil servants and local officials from the National Anti-Corruption Commission (NACC), invoked its dictatorial power to immediately remove or suspend these suspects from active posts.

Furthermore, the NLA amended the anti-corruption law, adding the death penalty to the charge. The upcoming constitution will probably contain more chapters on public morals as well as severe punishment for unethical politicians.

These aggressive measures appeal to the junta’s supporters who believe that such powers will quickly rid the country of corrupt politicians.

They might reluctantly admit that Prayuth’s personality is rogue and erratic. That the NCPO’s policies might resemble the Thaksinomics once so widely derided. That people’s rights and liberties are almost absent. And that the country has been humiliated in the international arena.

But still, they insist, this is better than former PM Thaksin’s administration because Prayuth is rescuing Thailand from corruption.

Yet is Thailand becoming less corrupt? Has the NCPO’s aggressive campaign transformed Thailand into a country where the rule of law and transparency reign? The reality points to the opposite. The country is as corrupt as before, or even worse.

For example, the business sector has reported that “commissions” for government projects has risen to 30 or 50 per cent of the total project value. Local mafias on the street were replaced by men in uniform to whom vendors still pay protection. 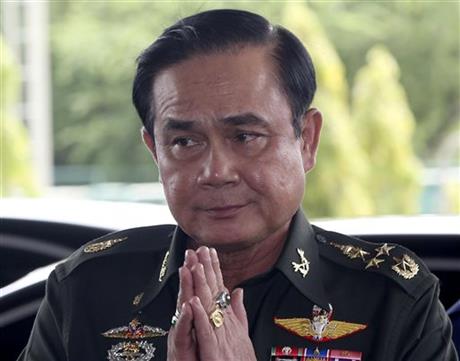 The NCPO has also appointed their relatives to the administration. Prayuth’s brother was appointed into the NLA and the NCPO. National Reform Council members appointed their spouses and offspring as assistants.

Despite these allegations, the NCPO’s supporters argue that while corruption persists, it is of a smaller scale than before. They conclude that Thais have to tolerate the lesser evil to eliminate the greater one. Such pragmatism is in great contrast to the ultra-moralistic standard they applied to previous cabinets.

Such claims are na├пve for two reasons.

First, corruption within the Thai army is not at all small. Fraud can be found at many levels. Officers enjoy bribes from Thai men who want to avoid compulsory conscription. Once within a barracks, officers can take a portion of conscripts’ salary. Later, these conscripts can be allocated to generals’ houses as servants, gardeners, and drivers.

The army has also triggered many multi-million baht scandals involving weapon and equipment procurements; armored vehicles, fighter jets, bomb detectors, even aerial surveillance balloons. This corruption is so systemised that people tend to forget that it exists.

Second, the solution to corruption is far more complicated than exercising authoritative power, punishing the accused and hoping that this brutality intimidates others.

Corruption thrives in Thailand because its culture suits the practice so well that a few transfers or even imprisonments will never correct the ill practice.

Thailand is known for its deference to seniority, its hierarchical social structure, and face-saving, all of which allows corruption to flourish. No one offends the powerful senior by accusing him of wrongful conduct, even when it is obvious. Whistle-blowers are often condemned for causing shame to an organisation.

In order to change these attitudes, Thailand needs to instill a sense of equality and openness. Dissent must be encouraged. Misconduct should be reported without fear of revenge. Unfortunately, the junta could never offer such values, for it is one of the most hierarchical and opaque institutions in Thailand.

Section 44 is not the magic tool many expect it to be. Corruption is the symptom of a deficit in the rule of law, particularly when people cheat the system for personal gain. In this light, the NCPO’s exercise of section 44 deepens the culture of cheating, confirming for the public that the end justifies the means.

Since corruption is ingrained within society, any anti-corruption campaign has to plan for a long-term and systematic operation. Consistency and fairness are two important keys.

But Prayuth’s attention span is short. Prosecution has been sporadic. Moreover, his anti-corruption campaign has only seemed to hit only the Shinwatra family while many other cases involving the NCPO’s allies remain untouched.

By not acting even-handedly, the public has seen Prayuth’s anti-corruption campaign for what it really is; rhetoric to harass his personal enemies.

This unfair approach will not teach people to stop being corrupt; it simply encourages them to choose the right side of politics, so they can continue to commit bad deeds.

In early November, the junta made high-profile arrests of a famous fortune-teller and two policemen for lese majeste. These arrests led to more warrants for army officers who fled the country and were later dismissed without honours.

The case continued with the mysterious deaths in detention of some of the accused. It also emerged that these men were involved in alleged corruption in the construction of Thailand’s newest major landmark, Rajabhakti Park. Rajabhakti Park is located on the southwest coast of Thailand. It displays huge bronze statutes of seven great ancient Thai kings in order to commemorate their reigns and inspire loyalty to the current monarchy.

The park is the masterpiece of former Army Chief, Udomdej Sitabutr, who boasted about raising hundreds of millions of baht through donations and finishing the construction in only a few months.

But investigations have revealed that a large portion of the donations were diverted into people’s pockets. Sculptors admitted that they were paid much lower than the official price. Palm trees, quoted at 300,000 baht each, were actually donated for free.

The Rajabhakti Park scandal has caused serious damage for the NCPO. The scale of corruption is large with possibly hundreds of millions of baht embezzled. Moreover, it challenges the army’s notion of loyalty.

The army was caught benefitting illegally from the monarchy’s revered status, an act that brought disgrace to the palace. Finally, in addition to several mid-ranked officers, evidence ultimately pointed to Udomdej.

Although Udomdej retired in October, he is still an active member of the NCPO, and is deputy defence minister. He failed to clear himself of accusations of corruption when he gave an interview on the topic. He admitted that there was corruption but all money has since been returned as a donation to the project.

The army is not used to purging its own personnel. If it does, it will be in a kangaroo court, not through a normal judicial process. Usually, only a few low-ranked officers are held accountable; the big fish get away.

But the NCPO is now a political body in the public spotlight. The Rajabhakti Park case posed a dilemma for them. If the NCPO punished Udomdej, it would be breaking the long-held tradition of unity within the military and also upset the regime.

But if the NCPO spared him, it would not seem any better than former Prime Minister Thaksin Shinawatra, who was tainted with corruption, disloyalty, and favouritism. After a brief internal probe, the current Army Commander-in-Chief, Theerachai Nakvanich, announced that the commission found no corruption.

He then lost his temper when one female correspondent asked for a financial statement. He ranted that he could not understand why people wanted to punish those with good intentions. The lame press conference did more harm than good to the NCPO’s reputation. It made it seem they chose to cover up the crime of its cronies, just as any politician would have done.

The press continues to investigate the story and the National Anti-Corruption Commission have finally accepted the case. These latest developments prove how incompetent the army is in tackling corruption and how unrealistic the pragmatic hope of choosing the lesser evil over a supposed bigger evil is.

Meanwhile, the “still better than Thaksin” mantra, has lost much of its charm.

While the most ardent supporters of the NCPO insist that this scandal was Thaksin’s plan to sabotage the government, many finally woke up to reality and grieved that their sacrifice during the Bangkok Shutdown campaign of 2014 had been wasted.

But what can one do against a corrupt junta? No courts will try the case and the public cannot recall the previous government. Hopefully, Thais will learn that only a good ‘checks-and-balances’ system and a democratic culture can make Thailand transparent; not a benevolent dictator.

They should push for more democracy, not less. But at present, Thais can only wait for the NCPO’s mercy to step down.

Prasit Wongtibun is a pen name. The author is an observer of Thai politics and law.