There has been a lot of discussion about the causes of Thailand’s floods: environmental degradation; forest clearing; filled-in water ways; the inauspiciousness of a female Prime Minister; a hydrological plot to destabilise Yingluck; dam management; the revenge of Mother Nature for the excesses of modernity; etc. etc.

Some of these deserve further discussion, in particular the vexed issue of managing water releases from dams (a particularly complex issue given that dams serve multiple purposes) but we don’t want to lose sight of the fact that the primary cause of flooding is very high rainfall. The following graphs, which compare the 2011 monthly totals (January to September) with the 30-year averages for those months are revealing. In Chiang Mai the nine-month total was 140 percent of the average; in Lamphun 196%; in Lampang 177%; in Uttaradit 153% and in Phitsanulok 146%. These are only a few locations (and all of them from lowland sites – rainfall is heavier at higher elevations) but they give a clear indication that 2011 has been an exceptionally wet year and that this has been widely spread across the Chao Phaya catchment. 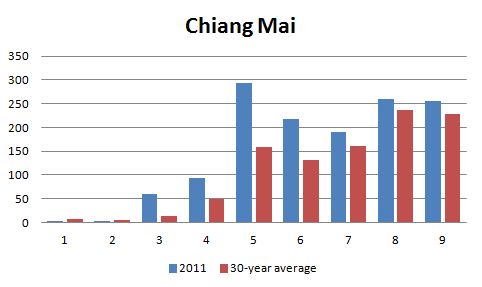 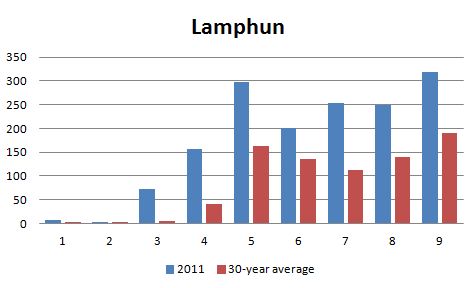 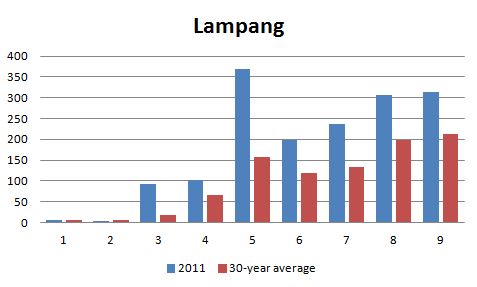 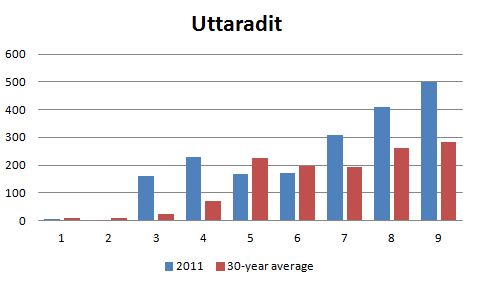 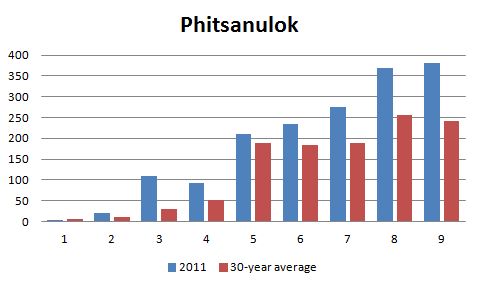