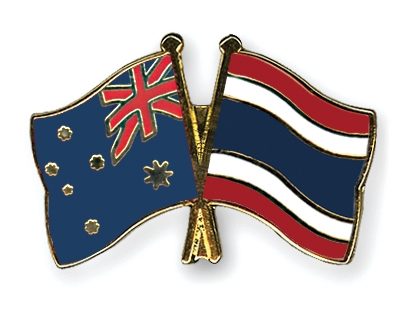 Today, for various reasons, I have Thai Studies on the mind, and more specifically the slightly esoteric matter of Thai Studies in Australia. Long-time readers of New Mandala will recall that in 2011 the Lowy Institute produced a report, commissioned by the Australian government, on the state of Thailand-related teaching, research and outreach activities in Australia. At that time there was serious talk of major Thai government investments in a new centre of Thai expertise to be nested in an Australian university, probably in Melbourne.

Many will recall that there was a Thai Studies conference in Melbourne back in 2011 (for those who are curious there is plenty of related discussion here and here). I see that a further conference will be held in Melbourne in October 2014, but it doesn’t appear that the grander ambitions, with respect to new centre, have yet come to fruition. It is also worth mentioning that in April 2014 the University of Sydney hosted the very successful and well-attended International Conference on Thai Studies.

With this background in mind, if you are interested in broader debates about Thai Studies in Australia then I can do no better than to commend this old New Mandala thread of comments. It includes insights from a number of people who have made major contributions to Thai Studies including Professors Craig Reynolds and Peter Warr. Much of what was written back in 2011 still makes sense in the wake of Thailand’s 2014 coup. It doesn’t look likely that major new investments in Australia’s Thailand expertise will emerge in the near term, even though I expect the Australian National University and the Thai government remain committed, in their own ways, to keeping certain efforts alive.

This means the 2011 Lowy Institute report is still a useful starting-point for any future conversations. For instance, when we turn our attention to its long list of suggestions, we find that:

One respondent argued strongly that a vibrant and diverse community of Thailand scholars is necessary particularly as Thailand enters a period of internal unrest and insularity. Several commentators remarked that a worrying cycle has developed, whereby unrest in Thailand leads to external analysis and critique, which leads to Thai interests accusing those who criticize Thailand as having an anti-Thai agenda, which then leads to further criticism of Thailand, and so on. The problem with the small number of Thai-speaking specialists, one respondent argued, was that the Australian media is limited to a very narrow range of views on events in Thailand, which in turn has a powerful effect on shaping public perceptions. A broader range of views, she argued, would lead to a much more nuanced view of developments in Thailand.

Since 2011 I would judge that there has been no great proliferation of new expertise on Thailand in Australia. That may not be an immediate problem. But it suggests that the building blocks for serious academic engagement — which would usually include some combination of language learning, in-country immersion, methodological training, exposure to different cultural and political influences, and all the rest — puts a high price on entry to the field of Thai Studies, or most others. The Internet, whatever its contribution to democratising public discussions of political and social topics, has yet to fully transform how we think about the knowledge required to teach and write on specialist topics. And given the challenges faced in Thailand, and the strength of the bilateral relationship (Thailand is Australia’s 8th largest trading partner, etc), the condition of Thai Studies in Australia will matter in the long-term.

There are plenty of people, including many academic specialists, who frequent New Mandala who also care greatly about Thailand, and about the health of the academic studies and teaching efforts that help to explain how the country works. Many readers also know a great deal about the challenge of keeping expertise alive in what might often be unfavourable economic or policy circumstances. The debate about Harvard University’s nascent Thai Studies program highlights some of the problems that universities face. In that case most of the consternation has focused on the influence that Thai interests may exert on academic culture.That is probably always going to be an issue that needs to be managed, and so I wonder whether we can come up with some alternative approaches to sustaining Thai Studies that could be implemented in Australia, or elsewhere.

What would you advise if you had the creative freedom to develop a national plan for Thai Studies in a place like Australia? Are there major new measures that could help to enliven the scene? What would you judge is the best way to support effective academic engagement with Thailand in the long-term? And are there any small or simple things that could still be done when the big investments won’t necessarily emerge?