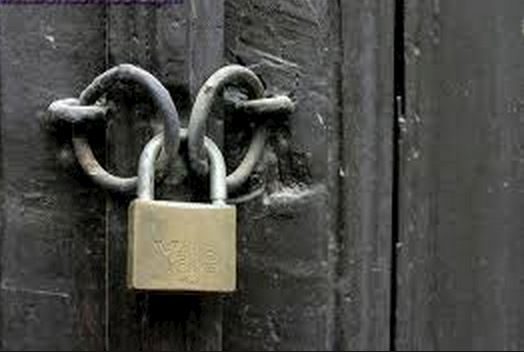 Thailand is now fully under the junta administration. The military top brass seems to know well what they have to do: drafting a roadmap to democracy, pursuing Yingluck’s policies that can revive the economy from the verge of collapse, appointing popular technocrats as advisors, and rounding up dissenters. Some academics have suggested that the junta has learned the best practice from the past coup d’états of 1931 and 2006.

Running a highly divided nation is not easy, but if Prayuth Chan-Ocha keeps the economy going, and better, growing, as well as adheres to the election date, he will find an exit from all the blame.

But an exit for one might not be an exit for another. Those generals may be able to rush out through that said exit, but Thailand will surely be stuck at the gate. Unless we rightly address the heart of the current conflict, the country will fall into the same vicious cycle of political instability after the military returns to the barracks.

While coup d’état supporters are convinced that electoral corruption is the root of all evil, they completely disregarded the lack of accountability in the judiciary and independent agencies. Hence, for them, a new electoral system is the cure.

For others, the arbitrariness of the legal application by the judiciary and independent agencies is another major factor contributing to this political crisis. Thailand in 2014 is different from Thailand in 1931 and 2006. Public trust in the judiciary and independent agencies is at its lowest. The once-revered institutions are suffering crises of legitimacy and for good reason.

Since 2006, the Constitutional Court has performed its job with questionable integrity. Several times, it dissolved Thaksin’s political parties but spared the Democrat from the same accusation of electoral fraud. In the case of the Thai-Rak-Thai party (TRT), the five-year ban was applied retroactively to TRT executives, a move that prompted condemnation from academics. Prime Minister Samak Sundaravej was dismissed from the premiership because he performed in a cooking show.

In 2014, the Constitutional Court insisted that the People’s Democratic Reform Committee (PDRC) protests were peaceful and thus protected by the constitution despite evidence of assault rifles, the ensuing shut-down of the city, and sporadic violence. But the very same court invalidated the February 2 2014 election because the government failed to complete the general election within one day, although the failure occurred because PDRC supporters had blocked several venues and even assaulted voters. Were the protests peaceful and constitutional or not? How could a peaceful protest disrupt the exercise of the fundamental right of other citizens? The two cases contradict each other.

Although the Court of Justice is less politicized, it has still helped to deepen the rift between the red and the yellow. The court continues to postpone a trial for the airport closure case by the People’s Alliance for Democracy (PAD) and denying bail in lèse-majesté cases. In one instance of the latter, the old man died because of poor conditions in prison.

The Election Commission also fueled the conflict by procrastinating on holding the general election. It claimed that it had no confidence an election would be free and fair. Then its behavior became more erratic when it demanded that the government show up on the exact date, time, and manner requested or it would not discuss the possibility of a new election. One member of the Election Commission was notoriously active on Facebook, posting a poem mocking and scolding those who asked for another election.

The National Counter-Corruption Commission (NCCC) selectively pursued the cases concerning Yingluck administration, having mysteriously lost all documents regarding the Democrat party during the 2011 flood. It also ignored the accusation that the President of the Supreme Administrative Court unlawfully changed the panel of judges in the Thai-Cambodian Joint Communique case. That case led to the resignation of Mr. Noppadol Pattama, the Minister of Foreign Affairs and the close aide of Thaksin.

No other agency has shown more bias than the National Human Right Commission (NHRC). It has been dead quiet on the widespread hate crimes surrounding critics of the Yellow-shirts movement. People were beaten up by PDRC guards, who deliberately blocked several roads and carried around assault rifles. In one case, the guard accidentally paralyzed an innocent elderly person. Instead of acting on behalf of the innocent bystander, the NHRC quickly announced that it would provide protection for the shooter from police torture.

In the above cases, justice was sometimes done. Some bad guys were punished. But only if those bad guys were on Thaksin’s side. Will it be better if all bad guys are punished? Citizens might better endure a draconian law together than when they see one group receiving favorable treatment. Democracy supporters have been ridiculed as labeled as “red buffalo” by the yellow-shirts. The abuse of power by the judiciary and independent agencies just added insults to the injury. Public resentment now runs deep. They feel repeatedly betrayed by these “good guys.” In Thailand, it is safer to be anti-Thaksin. The law is on your side.

Reconciliation cannot come without fairness. Fairness is achieved only when wrongs are corrected. Those who abuse the trust of the people shall admit their wrongful acts. Some officials may have to be reprimanded, demoted, removed, or even prosecuted according to the Penal Code. In the long run, these agencies need a restructuring in order to curb their partiality. More checks and balances shall be imposed.

But can the junta carry out even half of the above tasks? Can Prayuth bring accountability to these agencies? Can absolute power correct the past and prevent future mishaps? My answer is negative.

Although the junta announced that there shall be reform of these agencies in the incoming interim charter, doubts remain regarding the junta’s willingness to commit to a major overhaul. Generally, the holders of the benches and the members of these independent agencies have almost a semi-divine status, the protector of a powerful minority and the slayer of corrupt politicians. Any attempt to infringe on their turf would face fierce opposition from the agencies and the public alike. Moreover, the junta is supported by the elite establishment, the very people sitting in the judiciary and the independent agencies who have paved the way for the coup. The coup only confirms their victory. They will only become bolder and more reckless.

Without fairness, Thailand will be watching the generals enjoy money and fame for having supposedly restored peace to the people. Economic growth and promises of elections are the talk of the future. But correcting past injustices is no less important. The key to Thailand’s exit from this vicious circle of instability is in the past. Without learning from the past, how could one reach the future?