It’s been a while since I posted a graph on New Mandala. Here’s a simple one that is very revealing about the state of politics in Thailand. It shows military spending as a percentage of GDP (from the World Bank – just Google military GDP Thailand and you will get the data). The post-1992 decline is striking, as is the post-2006 rise. The World Bank figures only go up to 2008. I have provided an estimate of the current figure (darker blue line) based on published information about the 2010 budget. (Click on the graph for a larger image.) [UPDATE 29 September 2010: see comment 30 below in relation to my estimate of the most recent rigures.] 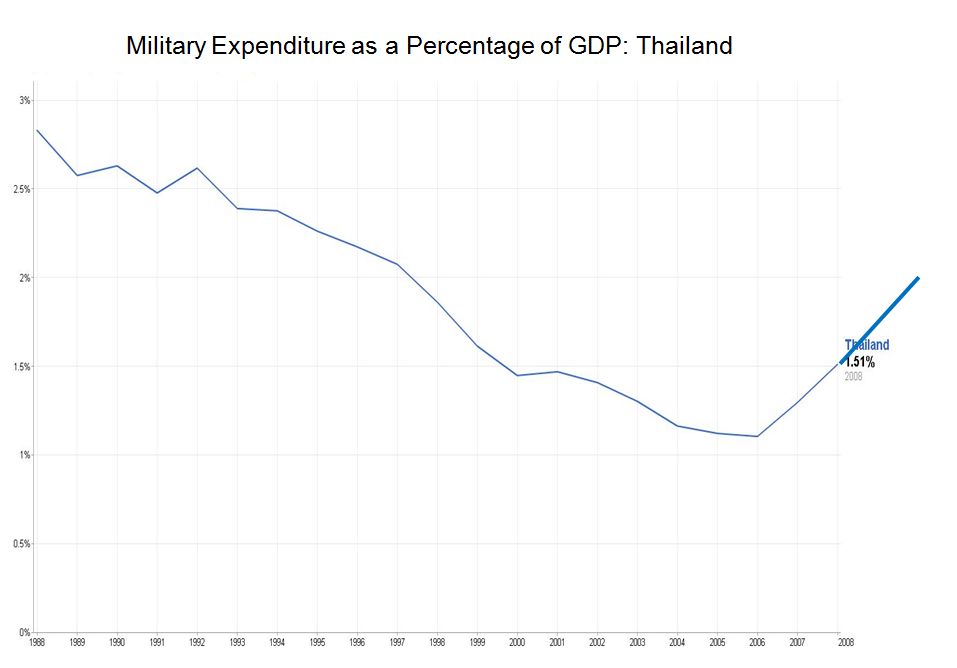 Here’s another graph that puts Thailand in some regional perspective. Recent increases have put Thailand well ahead of Indonesia and the Philippines. With the 2011 budget, it is closing fast on Vietnam.