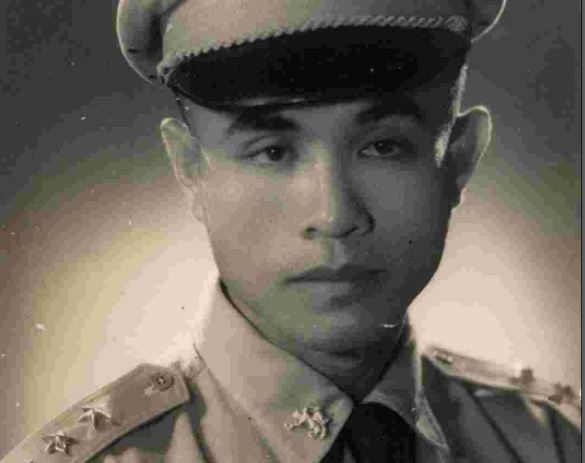 The colonel from Savannakhet When I was a child in Viengchan, I often heard older people mention “Colonel Kong Le” and “soek Kong Le” (Kong Le’s battle).

Kong Le, a remarkable, charismatic little man who sacrificed everything fighting for Lao independence, passed away peacefully in Paris this week.

Kong Le was born in 1934. He had no family name. He lost his father when he was 10. He was just another ethnic minority villager from the countryside behind Savannakhet (Muong Phalan).

But he had a dream.

In the 1950s he joined the Royal Lao army and served in many battles against the Viet Minh. In the army Kong Le enjoyed much early success; he simply knew no limits, never knowing when to stop. He always pushed on and somehow emerged victorious, earning a loyal following of hundreds of men.

Eventually his bravado led him to overturn a government and become defence minister.

Many people would say that his genuine love for his country was his greatest quality, but he was also known for his honesty. His blunt and outspoken manner was not always appreciated so much in southeast Asian culture. So his undeniable charm and can-do spirit could only take him so far. Kong Le went from soldiering to politics, only to discover that he was no politician; being a patriot was not enough to save his country from itself.

Ultimately Kong Le spent much of his life in exile. I met him in France in 2008 and 2011 and I had the chance to hear him talk about his past. He never lost his spirit and still kept his charm to the very end. He vividly recounted to me how on the day before the 1960 coup, on his way from the countryside into Viengchan, he was given confidence when he saw an omen: it was raining lightly and then unexpectedly he saw a frog swallow a snake!

The heavens had given him the go ahead for the boldest move of his career.

But apparently the frog was not taking its orders from Washington, and the glory was only to last until 1967 and an ignominious withdrawal to Thailand and then to France.

The spirit and the dream continued while history took another path. May his spirit rest in peace while his dream lives on.