On 8 June 2020, Indonesian President Joko ‘Jokowi’ Widodo passed Presidential Regulation No.68 (2020) on the National Disability Commission. Under Indonesia’s rights based national disability law, Law No.8 (2016), the Komite Nasional Disabilitas (KND) was supposed to be an independent institution which monitors, evaluates and advocates for the realisation of disability rights in Indonesia. Disability activists have lobbied hard for disability to be managed by multiple ministries as, according to the rights-based framework, disability is a multi-sectoral issue. It will require the resources and commitment of multiple ministries to make the changes necessary to ensure the full participation of people with disabilities in society. However, the presidential regulation places the KND’s secretariat under the Ministry of Social Affairs (MoSA), the ministry which has long been responsible for managing disability issues. The placement of the KND within MoSA reaffirms the outdated idea that disability is simply a social welfare issue.

The response from disability activists to this decision has been mixed. Some actively oppose it, arguing that being under MoSA will potentially generate conflicts of interest harmful to the KND’s autonomy. Others are welcoming that the government has finally taken action, and argue that criticism should be withheld until the KND is fully staffed and operating.

On the one hand, these differences in opinion can be interpreted as signs that the Indonesian disability rights movement is divided and unable to compromise on a policy issue of significance to its constituents. But on the other, it demonstrates that the movement is made up of a vibrant and diverse range of voices, all of which have a place in debates around how the disability law should be put into action.

Within two weeks of the presidential regulation being issued, a group of disability activists launched a petition opposing it. The petition, signed by 161 disability organisations, was authored by the National Coalition Working Group on the Implementation of the Disability Law. It demands that President Jokowi revise provisions that would impede the work of the KND. It also proposes postponing implementation of the regulation until amendments are made that reflect disabled people’s aspirations. The Working Group then filed a judicial review on the presidential regulation to the Supreme Court.

The Working Group’s strongest criticism of the regulation relates to the independence of the KND. Their vision of the KND was of a truly independent national human rights institute like the National Women’s Commission or National Children’s Commission. Another possibility the Working Group envisaged was placing the KND secretariat within the existing Human Rights Commission. The Working Group also believed that if the secretariat had to be placed under a ministry, then a coordinating ministry or other ministries such as the State Secretariat Ministry or Law and Human Rights Ministry would have been a more appropriate fit.

In a public forum held on 30 June 2020, a highly ranked MoSA officer, who is also a person with a disability, argued that the Working Group’s concerns over the independence of the KND are unsubstantiated because the commission is directly accountable to the president. She affirmed that the secretariat, which only performs administrative supporting functions, would be hosted by MoSA on separate premises. She insisted that MoSA would never interfere with the independence of the KND. These assurances were repeated by the Minister of Social Affairs, who also went on to say that the ministry had followed the mandate of the national disability law in drafting the presidential regulation, particularly in coordinating with other relevant institutions including disability groups.

The Working Group was not convinced by these arguments. In their view, the role of the secretariat will be more than just administrative. The secretariat will likely play a strategic role in determining the budget of the KND and maintaining its independence and neutrality vis-à-vis other government organisations. The Working Group argued that relying on the personal support of a highly ranked MoSA official for the KND’s independence would be unrealistic given the high turnover rates of public officials in Indonesia.

At the same time, the presidential regulation confers MoSA a dominant role in the KND’s operations. In the proposed structure, MoSA would play a key role in tasks such as appointing the head of the secretariat, formulating the organisational structure of the secretariat, establishing the selection committee for commissioners, and proposing the names of the first commissioner candidates to the president. Yet MoSA is meant to be one of the government organisations that the KND oversees.

Disability activists mocked this plan as “PP Sapu Jagat” (the one size fits all regulation). At the time, the Indonesian Minister of Administrative and Bureaucratic Reform promised to consider and review the Working Group’s concerns. But they heard nothing until the presidential regulation on the KND was finalised—still containing the problematic provisions.

Those in PerDIK suggest that the KND’s performance will depend on the people who run it and the support they have from the Indonesian disability community. According to PerDIK, the KND is only one vehicle to ensure the realisation of disability rights in Indonesia but it requires total support from national and grassroots disability movements to succeed. PerDIK argues that the energy of disability activists would be better directed at making sure the KND effectively pushes the Indonesian government to comprehensively implement the national disability law.

A similarly pragmatic view was taken by Bahrul Fuad, a prominent disability activist currently working for the National Women’s Commission. He agrees that the existing Human Rights Commission could have integrated issues of disability into its mandate. However, he suggests that given the government has offered a platform for the KND, activists should focus instead on a unified campaign to ensure that supporters of the disability movement are represented as commissioners.

It appears that a split exists within the Indonesian disability rights movement around how to respond to the presidential regulation on the KND. But the voicing of these differences has been nothing but positive for the movement. Media coverage of the Working Group’s demands for an independent KND demonstrate that the government must take the establishment of this awaited commission seriously. Critically, there are important areas of common ground. All disability groups want a robust and representative disability commission that will have a powerful influence on changing policies and practices related to the treatment of people with disabilities in Indonesia. Whatever its final form, the commission will need to amplify these areas of agreement and provide a forum for critically evaluating the best ways to realise the rights of disabled people. 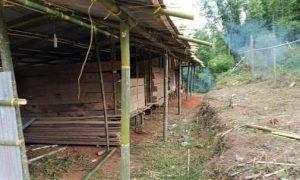