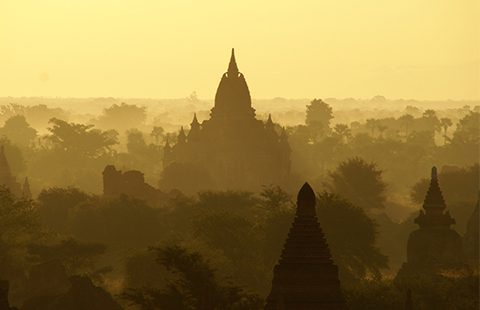 The fog of one man’s thinking Voting allegiances and ethnicity in Myanmar.

While Dr Robert Taylor has understood Myanmar like very few, his perspective on ethnicity and the 8 November election, ‘Fog of ethnicity weighs on Myanmar’s future‘, shows his grasp on contemporary realities is quickly slipping.

His first dubious claim is that internal conflict is between a Bamar majority and eight major ethnic groups.

While these ethnic nationalities receive a state education and have been brought up in a system that promotes Burmese language and history at the expense of their own mother tongue and traditions, most would claim that it is not the Bamar but the militarisation of the country, typified in the ruling Tatmadaw, that is the root cause of their grievances.

These grievances are not directly related to Burmanisation but the continued exclusion from political decision-making, most notably their repeated calls for autonomy and self-determination.

Taylor is correct in highlighting the poor showing of ethnic based political parties in the election has come as a surprise to many. But it also comes alongside several salient points overlooked by Taylor’s simplified analysis.

What is clear from the election result is that many ethnic voters empathised with long-time opposition leader Daw Aung San Suu Kyi’s life and struggle for democracy.

Given the chance the majority of voters responded to the rare opportunity of free and fair elections by seeking to replace the ruling military with a national party that has so long sought democracy, placing the National League for Democracy in power across most states and regions.

Jumping back several centuries, it is disappointing Taylor raises the old hackneyed adage that a kingdom, was the only form of legitimate governance in Myanmar.

“When a modern state attempts to impose its notion of impersonal and law-based rule over people who are accustomed to more informal, kin- and clan-based forms of government, there is a natural resistance to change that only education and experience can overcome,” he declares.

But such assertions demean the rights, efforts and experiences of people who have lived outside the dominant rule of Burmese kingdoms that are historically characterised by slavery, taxation and conscription into a system of royal armies. The right to pursue a different culture and traditions were equally complex and as civilized as any kingdom, as Leach and Scott have shown

Also, contrary to Taylor’s assertion, people do not simply join ethnic armed organisation as there is nothing else to do. “Their allegiances are often fluid and their identity plastic,” he writes.

This is a real stretch.

Those who join insurgencies do so for a diverse range of powerful reasons, including wanting greater power, the chance to take part in efforts of self-determination, feeling a sense of team, of belonging, and a desire for national rights, among many other factors.

One example is Padoh Saw Kwe Htoo Win, who studied at university and then decided to join the Karen National Union.

He states in the Centre for Peace and Conflict Studies report, Making peace in their own words:

These are hardly the words of someone who has nothing better to do.

By claiming allegiances are fluid and identity is plastic, Taylor demeans those who have given their lives fighting for causes that, although he may disagree with, deserve respect and dignity.

Overall, the fluidity of voting allegiances is more complex than questions of ethnicity and is reflected in the fact that, given their chance, many military and government staff also switched ‘allegiance’ and voted NLD.

Essentially, the use of Burmese as a single ‘national’ language and dominant state power is not one of a state exercising control against informal kin. Rather, it shows that these forms of rule have greater legitimacy that need to be acknowledged, particularly, in areas never fully under the sway of military rule.

It is the lack of self-determination that is the key, not simply the rejection of state power by ethnic people. As Padoh Saw Kwe States, “For us Karen people, this means… that we have to have the right to decide our own future, thrive as people, learn our language.”

While the election and ceasefire processes continue, ethnic armed organisations are being forced to look at their own forms of governance. With the security and legitimacy to travel, openly debate key issues, and hold discussions on the form of rule, this is the key for guiding interim arrangements and political dialogue that reflect local realities.

The fog that surrounds Dr Taylor’s thinking sees him clambering for a way out of a multi-ethnic state. When the fog clears, I do hope he can take the time to realise that the election and ceasefire are two symbols of an effort to remove from power a military that has never been democratically elected.

And most importantly, he can recognise, that at last ethnic people, like their Burmese brothers and sisters, can begin to realise a Myanmar of their own making.