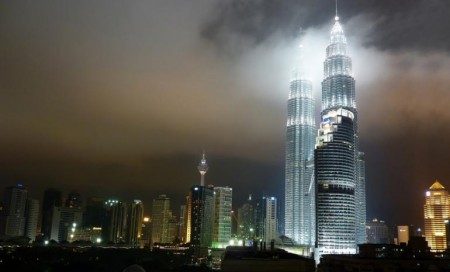 The impossible necessity of collaboration The history of political coalitions in Malaysia is one of opposites’ attracting. The parties of the Alliance arguably had nothing in common, in terms of specific priorities or constituencies, beyond a shared desire to see their newly-independent state survive and prosper–and many in their ranks had quite recently been chary even of calling for independence. As the Alliance developed and morphed into today’s Barisan Nasional, those rifts did not vanish. Rather, the core premise of the BN model is that each party represents a segment, still primarily communally-defined, such that together, the coalition might represent the whole. As competition has pushed BN component parties to recalibrate their messages–UMNO to adopt a more vehemently Islamist line, the MCA to decry boat-rocking while still totting up the sums channeled to Chinese schools and enterprises–these member parties have seemingly drifted even farther apart. And yet few seem seriously to suggest that the BN is on the brink of collapse, even as the occasional non-Malay leader grows so bold as to counter, say, UMNO Selangor’s embrace of hudud.

For some reason, Pakatan–or any non-BN coalition–is held to a different standard, including often by non-BN parties themselves. The assumption here seems to be that the parties should overlap near-perfectly: should have the same roster of priorities and policy preferences, should target the same constituency, should be blissfully free of factionalism (never mind the precedent for ‘warlordism’ so deeply engrained in at least several BN parties). Why the double standard? For Pakatan, as for the BN, the beauty, if also the pain, of alliance is in the opportunity for complementarity: for each of several component parties to cater to a somewhat different segment of the population, such that taken together, the parties cover an inclusive gamut. A PAS supporter, then, might vote for a DAP state or federal legislator if that is who stands for the coalition in her district, confident in the knowledge that in doing so, she helps to ensure PAS has an institutionalized voice, as DAP’s committed ally. The logic is precisely the same as for the BN: a Malay supporter of UMNO is expected to vote MCA, if that is who the BN has seen fit to place in said supporter’s constituency, knowing that a vote for MCA is a vote for UMNO, by dint of their shared membership in the BN. As political scientist Giovanni Sartori notes, the very notion of a ‘party’ is as a part of the larger whole; were party and polity coterminous, were all parties identical, or were the only conflicts at issue intra- rather than inter-party, there would be no need for parties.[1]

If anything, the greater parity across member parties in Pakatan–more akin to the balance in the Alliance in the Tunku’s days than to today’s massively UMNO-heavy BN–goes even farther to ensure that the premise of coalition works as intended: that voting for one component party gives voice to any of the others. Of course there will be policy disagreements. Regardless of BN’s registration status, this grouping is a coalition, not a single party, just as Pakatan is. Malaysia’s deeply, variously segmented population would not be well-served by just one vacuously catch-all party–or even two such amorphous entities, as is common among states with the Malaysian-style single-member districts and majoritarian (“first-past-the-post”) voting. What is necessary for a coalition to cohere, be it, in this case, BN or Pakatan, is concordance on a set of overarching issues, ideally some degree of ideological congruence, and a formula for hashing out the details such that all voices get a fair hearing. Especially when parliamentary governance mandates a substantial degree of party discipline (i.e., apparent unity) in the course of inter-coalition debate, neither of Malaysia’s hugely inclusive coalitions could or should be expected to agree on all details, but to come up as often as possible with a consensus position to present and defend. And it is in the nature of politics that sometimes consensus will be elusive, especially when the stakes seem or are zero-sum across segments of the population those coalitions represent.

In short, there is no reason to expect that Pakatan’s current disagreements necessarily portend the collapse of the coalition, just by dint of the parties involved. Fissiparous tendencies are in the nature of the game. If the purposefully non-overlapping, differently-focused, seemingly at-cross-purposes BN partners have been able to sustain their marriage all this while, there seems no reason to presume the Pakatan partners–socialized as they are, as Malaysians, in that BN conjugal mode–should be less well able to do so. If the nature of current issues concerning ethnicity and religion in particular are so unresolvable as to torpedo Pakatan, they are just as likely finally to sink the BN’s until-now-sturdy ship, as well. But chances are, the parties in both cases can ride out the storm–at least in terms of issues.

Whether ideological disputes or personalistic leadership struggles fracture component parties from within–whether PAS, MCA, or any other party–is another matter, as is the impact of such squabbles on either coalition as a whole. But the point remains that we must distinguish between individual, more tightly coherent political parties (which can thus be battered by such internal disputes) and looser, more inclusive coalitions, media spin and partisan posturing notwithstanding. Malaysian political history and norms, the sustained salience of identity politics, and the very different needs and priorities of different population segments continue to mandate against broadly catch-all parties; coalitions that give voice to and coordinate among representatives of each of these segments are likely to remain a necessity, however seemingly implausible or even impossible, for the foreseeable future.

Meredith L. Weiss is associate professor of Political Science at the University at Albany, State University of New York, and a hopelessly optimistic Malaysia-watcher