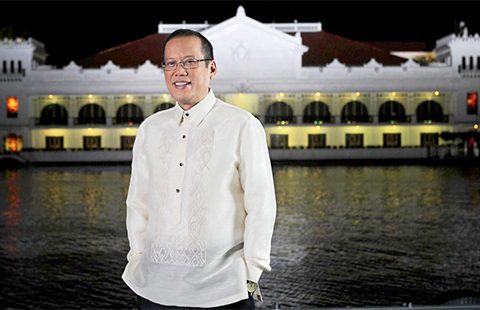 The marathon to Malacañang Palace Who will replace President Benigno Aquino in the Malaca┬нñang Palace?

The 2016 elections are a chance for change in The Philippines, writes Mish Khan.

No longer dubbed the “sick man” of Asia, the Fifth Republic of the Philippines is one of Southeast Asia’s fastest growing economies. This steady climb can, at least, be partially attributed to President Benigno Aquino’s comparatively competent style of governance. In passing over the baton, there is much at stake.

A culture of deep rooted corruption remains an embarrassing plague on the nation. The Aquino administration’s efforts to crackdown on fraud, although imperfect, worked well for the archipelago’s investment climate, driving average growth towards six per cent.

In a poor country plagued by a history of highly corrupt figureheads, the sustainability of this reform momentum is crucial to the continued development of the nation, and in creating confidence for both investors and citizens.

Taking a look inside, inequality remains a hot topic for debate. Manila boasts skyscrapers that cast their shadow over adjacent shanty towns. Such wealth disparity between the richest and poorest is predicted to remain high, meaning that the country’s recent economic gain is not trickling down far enough. Crime, education, jobs and healthcare also dominate voter concerns.

Another core issue rocking the nation is conflict in Muslim Mindanao, especially given the Aquino administration’s failure to pass the long-neglected Bangsamoro Basic Law in 2015. Progress on the BBL is vitally needed to establish an autonomous region crucial to the peace settlement.

Campaigning for the presidential election officially begins today, 9 February. Whoever wins will be handed the keys to the coveted Malacañang Palace and the nation’s steering wheel for the next six years.

In Philippines politics, personality is key. The vibrancy of a name, face and voice resound over niggly party lines and policy differences. Yet charisma doesn’t always mean competency – among the world’s most corrupt leaders by embezzled funds, the Philippines features twice. The integrity of Aquino’s successor is something stakeholders will want concrete assurance of.

In an election this cut-throat, where not even survey data is reliable, the 2016 elections are shaping into a frenzied free-for-all, and the arena is jam-packed. The 2016 elections will be monumental in dictating whether one of Asia’s oldest democracies escapes a suggested trend of democratic contraction in Southeast Asia, or creeps backwards under dictatorial shadows.

With four months to go, it is time for the world to cast a serious eye over Manila.