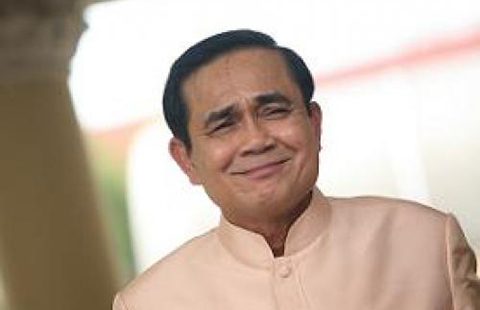 The myth of Thailand’s bureaucratic state Thailand’s latest coup was meant to replace greedy, inept politicians with benevolent bureaucrats better able to lead the country. Nothing could be further from the truth.

It is no secret that Thailand has never been short of bad policies.

The administration has often produced policies devastating to people’s livelihoods and natural resources. One of the most popular explanations among supporters of the latest coup is the narrative of greedy and incompetent politicians. As uneducated local mafias, politicians are short-sighted because they are too concerned with the next election. That same concern forces politicians to support the wishes of their financial patrons, mostly business corporations, over those of the public.

The effect of this explanation is two-fold. First, it justifies anti-democratic sentiment because it claims that elections are the source of Thailand’s administrative failures. Second, it gives rise to the bureaucratic state because this explanation blames all mistakes on politicians while giving legitimacy to bureaucrats. Thai bureaucrats then portray themselves as benevolent experts who have to succumb to the ill-wishes of their elected superiors. If the assumption that the cause of Thailand’s evil is simply politicians is correct, then the military government of General Prayuth Chan-ocha should have produced numerous smart policies that will help Thailand leap forward.

Prayuth removed elected politicians from the administration which is now being run by retired and active senior bureaucrats. The executive and the administrative agencies are speaking the same language. A year and a month after the coup, this is the time to review Prayuth’s performance and test the hypothesis.

Yingluck Shinawatra’s administration was no different from others. Several of her policies were criticised for not only being detrimental to people’s livelihood and the environment, but also economically un-feasible. The example of dam construction in the northwest triggered public outcry and massive rallies. It seemed that she was driving the country into the ground. This perception help shatter her regime’s legitimacy. During the six-month protest that ended in the coup d’état, one high-profile bureaucrat publicly encouraged his colleagues and counterparts to “serve the people, not your politicians’ bosses”.

Yet since the coup in May 2014, there has been no significant change in the government’s policy direction. Prayuth has copied many of Yingluck’s unfinished projects. Prayuth is signing deals with foreign investors to a build high-speed railway. He is also pushing for Pak Bara Deepwater Seaport in the south as well as coal power plants.

To handle this year’s drought, he mentioned the idea of digging a giant tunnel to pump water from the Thai-Myanmar border to the central plain. But above all, he is carrying on the water management scheme. The scheme includes networks of dams and waterways all over the country and was Yingluck’s most controversial project. These policies focus intensively on stimulating national economic growth while ignoring the social, economic, and health impacts on locals.

It is obvious that bureaucratic Thailand is not performing well. Bureaucrats are neither knowledgeable nor public-minded. They have failed to produce smarter policies than those of Yingluck. It is even more violent and there is a total lack of accountability. Why does the administration without representation fail?

Politicians and bureaucrats often rely on different sources of legitimacy. While politicians claim themselves to be representatives of the people, bureaucrats portray themselves as experts. Because of their training and experience, they know best and can make better decisions.

The obsolete Thai bureaucracy has weeded out talented and able individuals. Those remaining lack the vision to offer an alternative to Shinawatra-style policies. Besides, when policy-makers don’t rely on the ballot box to assume power, they need not care about the public’s concern.

Reliance on expertise also means input from laypeople is not valued in the bureaucratic state. Public participation is only a mere rubberstamp that will be conducted in the least meaningful manner. Without elections, the term “people” is reduced to a small band of elites that these senior bureaucrats personally associate with. Thus, the saying that a civil servant should serve only the people, not politicians, is misleading.

This could explain why Prayuth’s policies still prioritise economic growth while overlooking the cost on the grass-root majority. It also explains why the current administration is willing to use force against protesters. An elected government would hesitate to order the use of force for fear of losing the next election. It could even reconsider a policy if it believes that its popularity is at stake.

For the bureaucrat-politicians, this concern is dismissible. The authoritarian characteristic of the government fuels this problem because agencies are aware that they will not be held accountable for following the junta’s order. Fourteen students were recently arrested for protesting for democracy.

Prayuth’s personality only exacerbates the problem. He is paranoid. As he holds the positions of both coup leader and Prime Minister, the distrustful general regards criticism of his policies as an objection to the coup. Thus, dissidents of all kinds are indiscriminately dealt with.

Consequently, the administration has become more brutal in dealing with conflicts. Demonstrations were strictly prohibited. Violators would be invited for a “talk” to readjust their attitude before signing a vow not to repeat their actions. Soldiers stopped and detained energy-reform activists marching from the south to Bangkok. They also stopped and detained land-reform activists marching from the north to the capital.

The junta evacuated villagers from protected forest areas, despite the fact that many communities claimed the government had mistakenly demarcated the area on their original land. In Loey, where a gold mine company was accused of pollution and human rights violations, armed soldiers escorted the company’s men to transport ore out of the area. Uniformed men also came back to warn locals not to be defiant to the state.

To minimise dissent, the government now operates in secrecy and haste. Little information is given to the public. Controversial statutes such as the new national park bill and the new mining bill are being promulgated without public participation. Numerous mining concessions have been granted. Environmental impact studies for several projects were exempted. Construction contracts are given away without public scrutiny. Worst of all, given the overall atmosphere at present, it is unlikely that victims of Prayuth’s mistakes will be able to find recourse.

Blaming policy mistakes on elected politicians is partly true. Politicians do not always consider the best choice for the public. They are dictated by the concern about the next election. But a bureaucratic Thailand does not solve the problem. The myth should be debunked. An administration without popular representation is a ridiculous, and dangerous, idea.

The most crucial question is whether Thais will learn this lesson. In a country where Prayuth’s coup is the 13th, the answer is not promising at all.