The reassertion of the state 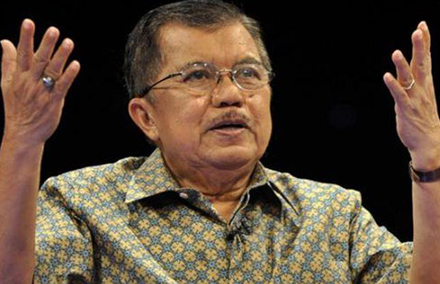 The scrapping of direct elections for local officials in Indonesia won’t have that profound an effect, writes Michael Buehler.

Friday’s passage of the regional election bill into law has been widely criticised as a setback for Indonesia’s democratisation. This is because the new law stipulates that local government heads will no longer be directly elected by the people but by local parliaments.

Experts and the public fear that the new law will facilitate corruption, collusion and nepotism as political hopefuls are expected to cut deals with local parliamentarians to get elected into local government head posts. At the same time, the new election law is believed to sideline local government heads rooted in society and who have therefore an open ear for the plight of the masses.

The adoption of the new election law is also seen as a ploy by Prabowo Subianto and his ‘Red and White’ coalition to undermine the reform aspirations of incoming President Joko Widodo and his deputy Jusuf Kalla. There are concerns that Prabowo’s coalition, holding a majority of seats in many subnational legislatures, will elect governors, district heads and mayors bound to sabotage the reform agenda of the new administration.

This narrative is at once too optimistic about what direct elections have really achieved over the 10 years they have been in place, and too hastily attributes the blame for Indonesia’s democratic rollback on Prabowo Subianto.

It is true that direct elections have contributed to Indonesia’s democratisation in many ways. Most important, they have initiated an elite turnover of sorts. During the authoritarian New Order period between 1965 and 1998, military men staffed the bureaucratic apparatus across the archipelago. At the height of the New Order, retired soldiers constituted approximately 70 per cent of all governors, district heads and mayors.

Direct elections have changed the sociology of the state. For instance, in West Java and South Sulawesi, the most populous provinces in Java and Eastern Indonesia respectively, military men constituted only four per cent of all local government heads when direct elections were in place between 2005 and 2013.

In addition, direct elections have provided small but well-organised societal groups with enough leverage to influence local politics to some degree. Policies ranging from minimum wages to environmental regulations show that directly elected local government heads had become more receptive to concerted pressure by groups who have usually struggled to be heard in the political arena.

Furthermore, the rise of reform-minded district heads in places such as Bandung, Jembrana, and Surabaya has been celebrated as further evidence of the benefits of direct elections. There, local government heads adopted health care programs, reformed local procurement systems and provided free schooling for children.

But such analyses have usually relied on election outcomes in less than half a dozen localities. A survey of the impact of hundreds of direct elections on politics shows that in fact, direct elections have failed to break open Indonesia’s political system to a broad range of groups and interests.

While most local government head offices are no longer staffed by military men, the majority of governors, district heads and mayors are bureaucrats or businessmen with close ties to the state, most of whom began their careers during the Suharto dictatorship. In West Java and South Sulawesi combined, 44 per cent of all candidates competing in direct elections between 2005 and 2013 were bureaucrats. Furthermore, 25 per cent had a private sector background, constituting the second largest group of participants. Candidates from within ‘society’, such as journalists, civil society activists, labor union members or ordinary citizens constituted only 3 per cent of all candidates competing for local government head offices between 2005 and 2013.

Examining the backgrounds of winners only, the patterns become even more pronounced. A total of 48 per cent of all candidates winning local government head elections in West Java and South Sulawesi between 2005 and 2013 were bureaucrats. The second largest group of winners, with 19 per cent, again constituted businessmen with close connections to the state. Finally, only 3 per cent of all winners were actually associated with societal groups such as labor unions and civil society organisations.

It is also important to note that the political influence of groups situated in society has been limited to agenda setting and the adoption of policies. While direct elections forced the political elite to at least acknowledge public opinion and to sometimes even adopt laws and regulations related to public concerns, many of the policies were either never implemented or were an expression of local machine politics rather than reflecting a genuine attempt to improve the lives of ordinary Indonesians. In other words, assessments of how direct elections have allowed people to obtain power whose political agenda is rooted in ‘the public discourse’ are exaggerated.

Overall, despite the presence of direct elections, the political system, by and large, continued to be insulated from society and remained under the firm control of a relatively narrow elite that had come to power in the shadow of the New Order state.

Anti-democratic sentiments are pronounced and widespread within this elite.

While Fauzi Bowo became the Indonesian Ambassador to the Republic of Germany in 2013, Rasyd, who had been a prominent member of Fauzi Bowo’s campaign team, embarked on a lecture tour across the United States, where he, sponsored by the Indonesian government, rallied against “too much democracy” and the direct elections that take advantage of the “stupidity” of the Indonesian electorate.

However, most emblematic for the anti-democratic stance of many influential Indonesian politicians are the views of incoming vice president Jusuf Kalla. In 2007, as then vice president under Susilo Bambang Yudhoyono, Kalla stated publicly that he was “tired” of democracy. A year later, Kalla pointed out that many authoritarian governments had achieved higher and faster economic growth than democracies and expressed his admiration for how things were done in China and Singapore. In 2009, Kalla said in another speech that democracy was only a means to an end and that once prosperity had been achieved, democracy was no longer necessary.

There is no doubt that the abolishment of direct elections is one of the biggest blows to Indonesia’s democratisation process that has been underway since 1998. Yet, sadly, the impact of scrapping direct elections on ordinary Indonesian’s lives will not be as profound as recent commentaries suggest. This is because direct elections did not deliver too much in terms of concrete and tangible benefits to ordinary Indonesians to begin with. Furthermore, anti-democratic sentiments are not confined to Prabowo and his Red and White coalition but very common among Indonesia’s most powerful and influential politicians.

Overall then, direct elections diminished the power of Indonesia’s state-based elite. If sufficiently organised, groups in society were able to set agendas and shape the adoption of policies to some degree. But that degree of influence of societal interests has been vastly overstated. Direct elections were more an irritant to state-based elites than a direct threat to their political dominance.

Seen in this light, the decision made last Friday is simply a reassertion of a state-based elite that has dominated Indonesian politics over the past decade despite direct elections being in place.

Dr Michael Buehler teaches Southeast Asian Politics at the School of Oriental and African Studies in London. His writings are available at www.michaelbuehler.asia