The rule of law and Malaysia’s middle income trap 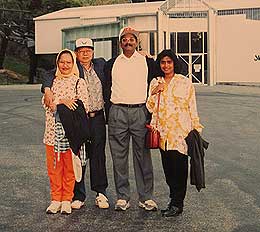 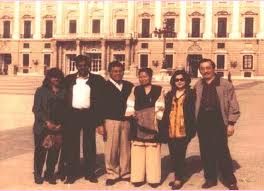 Often cited as an economic success story, per capita incomes in Malaysia have increased eightfold since Independence in 1957. However, despite being an upper-middle income country, Malaysia is struggling to rise to the next stage of economic development; its target to become a high income country by 2020 is unlikely to be achieved.

One part of the solution is to strengthen the rule of law – that is, the rules of society, as pertaining to the protection of property rights, the police, the judiciary, and the levels of crime and violence. But it is not as simple as passing legislation; the rule of law is also about the respect that those rules are accorded; whether the rules apply equally to everyone (regardless of socioeconomic or ethnic status), and whether those rules are implemented and abided by.

Needless to say, strengthening the rule of law is no quick fix solution; as Rodrik wrote, it is neither ‘necessary nor sufficient for growth’. However, when considering the structure and complexity of Malaysia’s economy, it is evident that it would benefit from such institutional reform. Although it is possible for a country to develop economically with a weak rule of law – China being the obvious example here – this changes as countries move up the development ladder. If Malaysia is serious about joining the OECD club, it needs to address the quality of its rule of law.

Why should the rule of law have such a significant impact on development at Malaysia’s current stage? Firstly, because of the sectoral composition of the Malaysian economy. While improving the rule of law will have relatively little impact on the development of economies that derive most of their wealth from natural resources, it increases in importance in more advanced and diversified economies. In a knowledge-based economy, closer to the world technology frontier, the marginal impact of institutions increases. In these economies – in the kind of economy that Malaysia wants to be – the way to achieve productivity gains is not through the absorption of existing technologies, but through innovation. It is precisely this innovation, rather than resource extraction, that is the most significantly affected by institutional changes.

This is important in the Malaysian context, because Malaysia, in the past 40 years, has significantly diversified the asset base of its economy. Although natural capital still makes up around 20 per cent of Malaysia’s national wealth, the contribution of ‘intangible capital’ – that is, institutions and human capital – has increased significantly. On top of this, Malaysian government policy documents signal a high-level commitment to continuing along this development trajectory. And of course, changing economic conditions are increasing the need for diversification; Malaysia’s primary sector wealth is finite, and higher wages in the manufacturing sector, particularly following last year’s introduction of the minimum wage, means that Malaysia is losing its comparative advantage of cheap labour. In order to continue developing, it needs to encourage its tertiary sector; the sector that is influenced the most by improving the rule of law.

Secondly, the rule of law has become increasingly important for Malaysia as its economy has become more complex. As transactions move further away from personal interaction, and become spatially and temporally distant, the rule of law becomes increasingly important. Malaysia has developed from being a country of tiny, family-owned businesses to a country where 47% of its working population is employed by a large company, where the majority of small and medium enterprises are private limited companies rather than individual proprietorships, and where foreign direct investment inflows constituted 4.2% of GDP in 2011. As such, if Malaysia wants to continue to promote development, it needs to ensure that it has a regulatory environment which protects complex interactions.

There is a compelling case for reform of the rule of law in Malaysia, and there is certainly ample room for improvement in this area – after all, its judiciary lacks independence from political processes; property rights remain weak for ethnic minorities and foreigners; the police engage in disproportionate violence and have far-reaching discretionary powers; and levels of crime and violence are, quite frankly, a source of embarrassment for Malaysia’s rulers. So what is delaying the entrenchment of a stronger rule of law?

Any reform proposals come up against the entrenched interests of the United Malays National Organisation (UMNO), and of the Bumiputera elite, who benefit from the status quo of preferential treatment for ethnic Malays, and a police force and judiciary in the pocket of politicians. These entrenched interests have sufficient power, influence, and resources within Malaysia to prevent, or at the very least to slow, reforms that do not align with their interests. The power structures that UMNO has put in place – notably, the legal rigging of the election system through gerrymandering and control over the Election Commission, as well as their ability to utilise the wealth of the party’s coffers to ensure continued support – means that opposition to reform is deep.

If Malaysia wants to turn its vision of high income status into a reality, reform of the rule of law should be on the policy agenda. Given the deep structural opposition to such a move, however, it seems unlikely that attempts at reform will go beyond mere lip service.

Sara Smylie interned with the East Asian Bureau for Economic Research (EABER) through the Australian National University Internship Programme (ANIP). This article summarises the key findings of Sara’s report titled, ‘Economic development and the rule of law: challenges in the Malaysian context’ which she wrote while on internship with EABER.