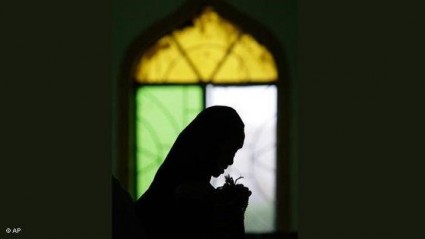 Ahmad Farouk Musa and the organisation he leads, the Islamic Renaissance Front is at the forefront of promoting a vision of Islam that is progressive and democratic in Malaysia. His day job is as an academician at the Monash University, Malaysian Campus. He is a trained cardiothoracic surgeon and an ardent researcher who had presented his work across Asia and Europe. Apart from his academic and surgical world, he is actively involved in social work. He works for the promotion and establishment of civil society and has delivered talks related to Islam at universities and other Islamic centres in Malaysia. He had been involved in interfaith dialogues especially with regard to Christian-Muslim relations and also intra-faith dialogues especially the Shii-Sunni discourse. He writes for a column at the Islamic Party (PAS) official organ Harakahdaily.net/en with the intention to reappraise the understanding of the Islamists and infuse progressive and democratic ideas. He also writes to other established web-portals such as Malaysiakini, The Malaysian Insider and Free Malaysia Today. He is also a steering committee member of BERSIH 2.0, a coalition promoting clean, free and fair elections. He is the founder and Director of Islamic Renaissance Front (IRF), an intellectual movement and a think tank focusing on youth empowerment and promotion of intellectual discourse and reformation. Below is the summary of his paper presented at the “Competing visions in the Muslim world conference.”

One of the emerging trends that may influence the trajectory of contemporary political Islam is the intrusion of Literal Islam. Obviously this worrying trend could be seen more clearly with the Arab Spring although the literalists were not initially at the forefront. They advocate the revival of pristine Islam and the establishment of Islamic states based on Sharia laws. Any other form of political systems or constitution are dismissed as un-Islamic and a manifestation of Western neo-colonialism.

Their thrust for political power can be felt as far as Maghribi in the West and stretches to Malaysia in the East. Although this project could be traced way back to the time of Islamism of the fundamentalist era, the idea was rejuvenated with the collapse of the many dictatorships during Arab Spring.

The whole fundamental percept of the Islamist project lies in the idea of God’s sovereignty. Any other forms of governments are basically human efforts to usurp the sovereignty of God by human. If two lines were to be drawn, a horizontal and a vertical, then the point of friction is when the two lines meet. People who believe in the strict definition of an Islamic state seek to interject their vertical relationship with God into the horizontal public spheres as a way of regulating human affairs.

The whole idea is based on the notion that a religion claims to be in possession of universal truth. The ideological rigidity often associated with this belief undermines tolerance, pluralism, and compromises all the crucial aspects of liberal democratic politics. And due to the pivotal status that Sharia occupies the economy of Islamic theological-legal discourse, hudud or divine punishment, has been elevated to the status of “holy grail” of many Islamist movements.

That is the main reason why there is a need for the separation of religion from politics. Religion is exclusionary because it sets up a boundary between believers and non-believers, whereas citizenship should not be based on adherence to God but rather on membership in a political society. And religion undermines the secular order in society that is needed to maintain a democratic peace. It basically seeks to collapse the distinction between the vertical and horizontal axis, and drags God from heavenly heights and injecting into the centre of public debate.

It must be stressed here that a call to establish a secular state is not similar in any ways to the call for secularising the society. A state should be secular in the sense that it is neutral to all the differing religious doctrines. It does not mean the exclusion of religion from the public life of a society. The misconception that it does, is one of the reasons many Muslims tend to be hostile towards the concept.

If Islam should still be seen to play a role in governance, then the main task is for it to be a guarantor of human dignity. It must ensure the physical safety of individual citizens, their rights to protect their family, the safety of their property, fairness in their profession and their full participation in civil society.

It should not be a catalyst for building an “ideological community”, to establish the so-called Islamic state, nor implementing Islamic laws and moral codes. Islam is no longer a solution to all problems or “al-Islam huwa al-hal”. Such a slogan is merely a plain rhetoric. The main focus should be on justice, equality and freedom.

The only way forward is to allow a space for intellectual discourse and to respect religious rights and freedom of conscience and expression. Islam and true religiosity could thrive better in a secular state that breaks down the monopoly of religious truth. It is a space needed for a Muslim to live a life based on his own freewill and true conviction and not because of state’s imposition.

It must be pointed out that while religion is exclusionary, democracy is inclusive in nature, egalitarian and non-discriminatory. No man can monopolise to be speaking on behalf of God. The compatibility or incompatibility of a religion – including Islam – with democracy is not a matter of mere philosophical speculations, but of political struggle.

It is not as much the question of texts but more of the struggle of power between those who want a democratic religion and those who pursue an authoritarian version. And only in a secular democratic state, all citizens, believers no less than non-believers, and even believers from the various denominations, Sunni and Shii alike, will have the same basic reason to embrace the right to religious freedom. They will have total freedom from a government that wants to behave as an arbiter of religious truth or worse, a government that manifests its coercive power to impose religious authority and uniformity.